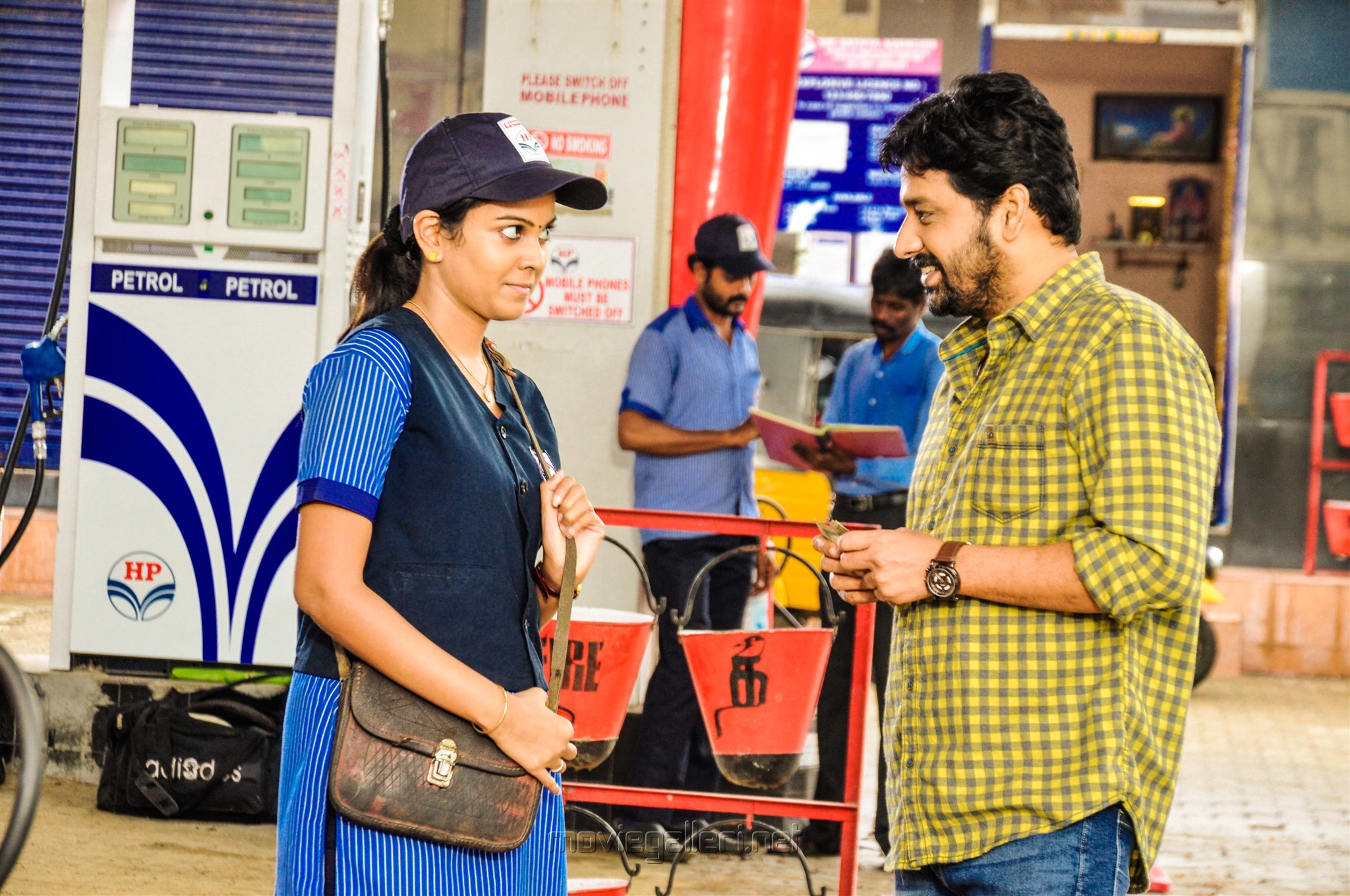 Vidharth, Kishore and Sriram Karthik are all friends who reside near Chandhini’s residence. Her father helps the trio in whatever way possible from time to time.

Vidharth and Chandhini are in love with each other but not express it openly. Vidharth gets into a trouble and tries to bail out from it by getting a job.

He lands in a job which requires a bike and seeks the help of Sriram who works in a bike stand. Sriram gives a bike to Vidharth from the stand.

But Vidharth does not know that he is actually riding a stolen bike. He gets caught in the police and faces several problems. How the hero solves all the problem and did his love with Chandhini succeed form the rest.

Vidharath who is choosy in his script selection has once again tried a different story and has delivered what the character needed.

Chandhini as a petrol bunk employee has a strong characterisation and has done it well. All the supporting artistes too have added strength to the movie.

Director Rajeesh Bala has concentrated more on the story, however the screenplay is not too strong. The movie would have been all the more crispier if a few unwanted scenes and dialogues were deleted which act as speed breakers in the flow of the flick.

Go and watch Vandi for the performance of the lead actors.
Rating: 2.25/5 – Stranded in highway