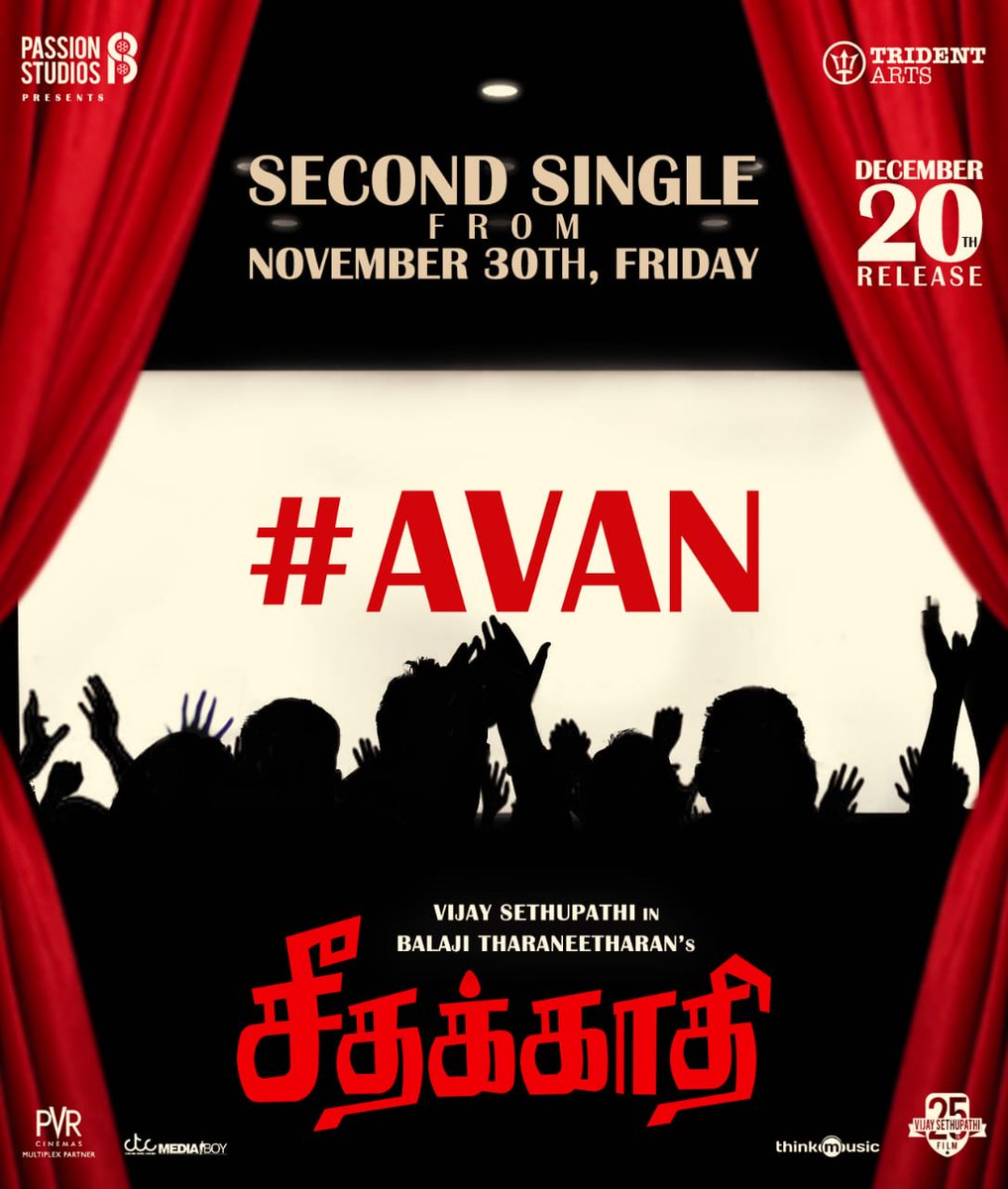 The trailer of Vijay Sethupathi’s 25th flick Seethakathi was released recently and stormed he social media. Now the makers have announced that the second single titled ‘Avan’ from the movie will be released on 30 November.

The first single Ayya is already a chartbuster. The trailer looks intense and seems to revolve around the problems faced by a producer after a famous actor refuses to act in his movie.

The movie is slated to be released on 20 December and has been censored with U certificate. The flick is directed by Balaji Tharaneetharan, this combo had already worked in ‘Naduvula Konjam Pakkatha Kaanom’. The star cast also includes Ramya Nambeesan, Gayathri and Parvathy. Music for the flick is by Govind Menon.