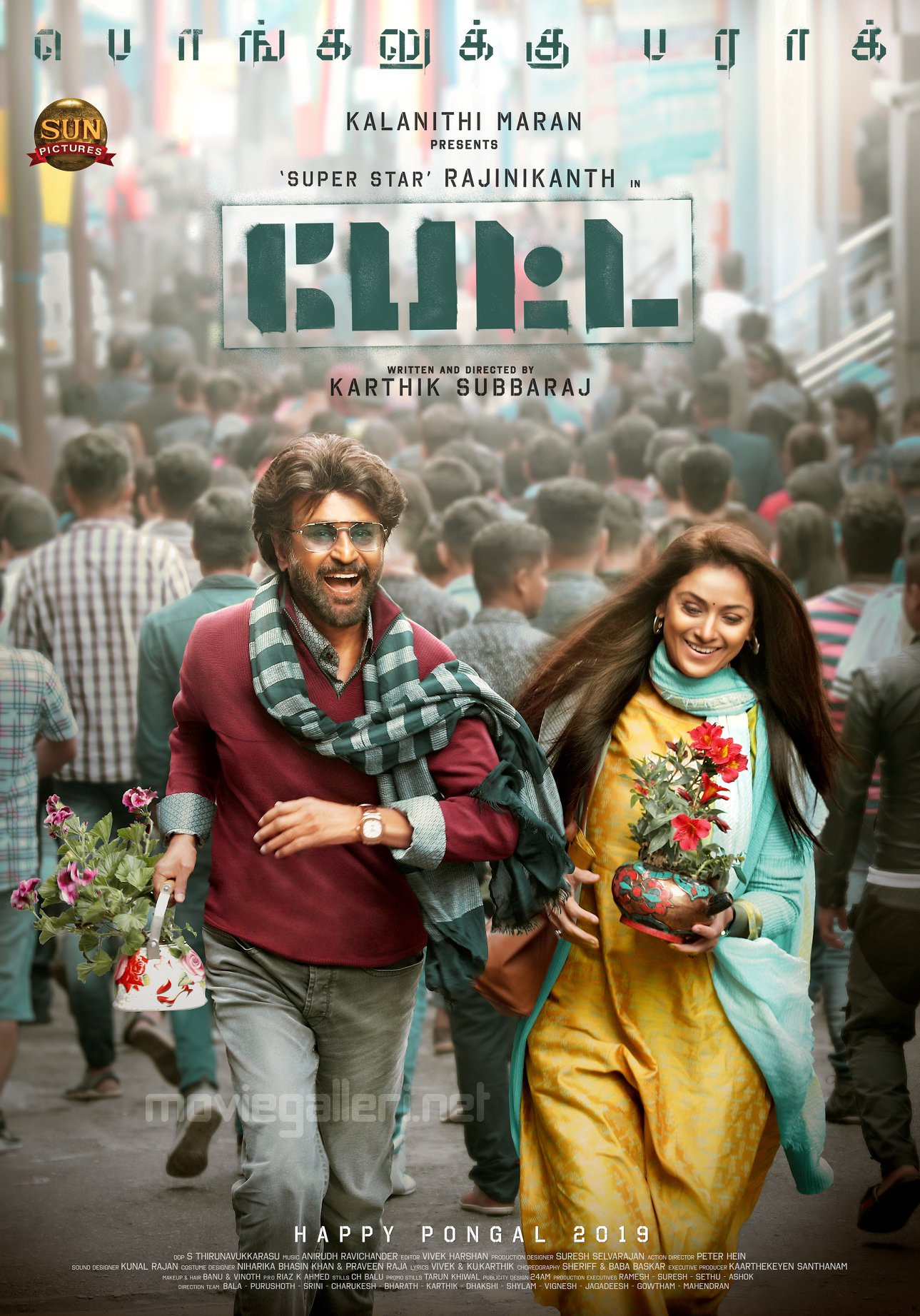 A new poster from Petta starring Rajinikanth, directed by Karthik Subbaraj, was released recently confirming the release of the movie on Pongal 2019.

The poster has Rajini and Simran carrying flowers in their hands and having a good laugh. The movie is produced by Sun Pictures and has an ensemble of cast which includes Trisha, Simran, Vijay Sethupathi and Bobby Simha among others.

Sources say that the makers are planning to release the teaser of the movie on Rajini’s birthday on 12 December along with a single track.

However, this has not be officially confirmed yet. Music for the movie is by Anirudh Ravichander.