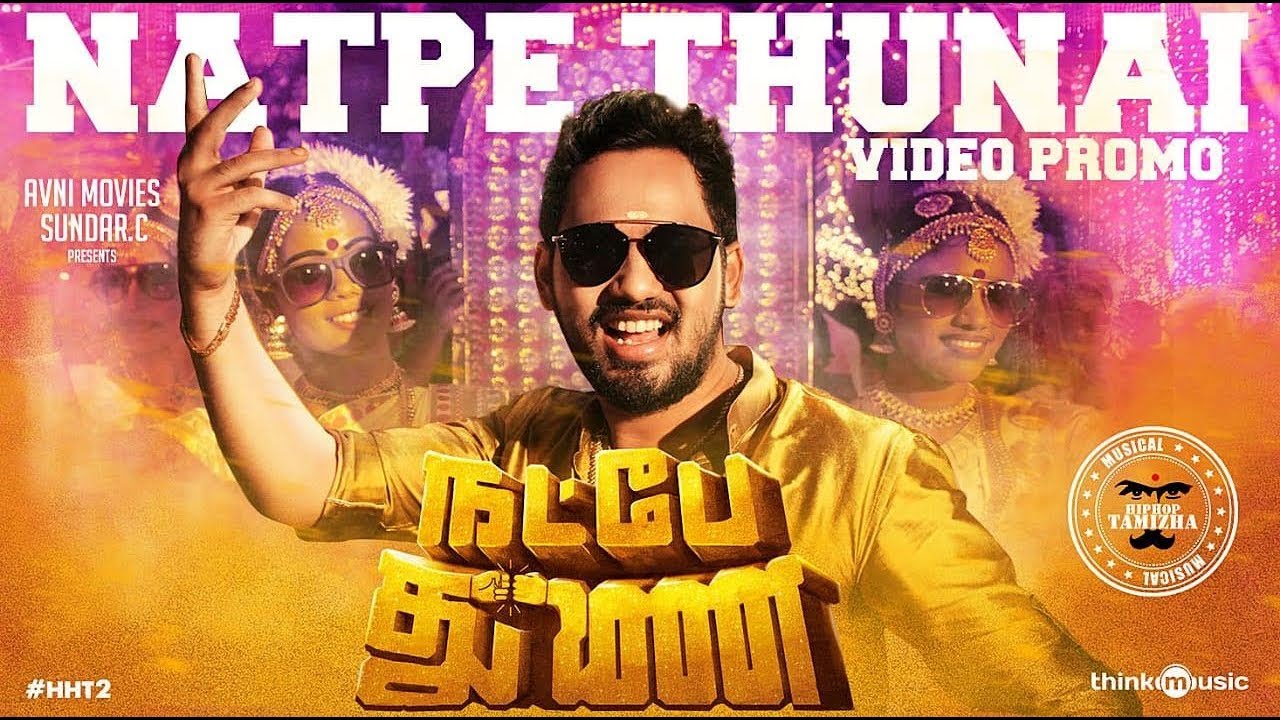 Hiphop Aadhi has been a distinct star of uniqueness, where anything that comes from his store as an independent artist, music director, actor, filmmaker and name it anything, he just leaves us marveled. When the announcement involving the title of his new film was made, the excitements had its realms and finally the official word is out. Yes, his upcoming film as hero is titled as “NATPE THUNAI”. The film is directed by D Parthiban Desingu, who makes his maiden debut with this movie penning story, screenplay and dialogues as well. Newcomer Anagha will be seen playing the female lead role in this movie.

The film is set against the backdrops of hockey game, which is produced at a whopping budget by filmmaker Sundar C of Avni Cinemax. The erstwhile combination of Sundar C and Hiphop Aadhi titled ‘Meesaya Murukku’ became a massive hit commercially.

The film is produced by Sundar C for Avni Movies, which will be hitting screens early in 2019.