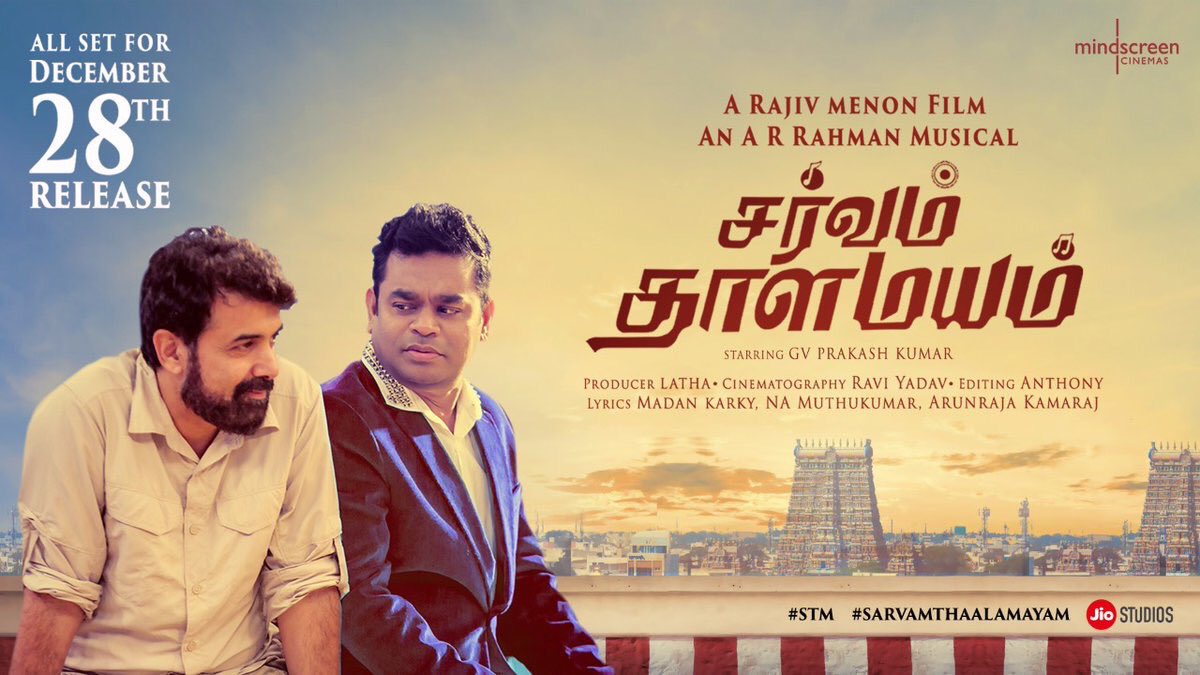 The film directed by Rajiv Menon, will have music by double Oscar-winning AR Rahman, who is the uncle of G V Prakash.

The final schedule shoot of the movie was happening in Kerala for the last few days. Now the makers have announced that the movie will be released on 28 December.

GVP plays the character named Peter, an economically backward man who chases his dream of music and achieves it. It is learnt that Rahman has come up with a beautiful album and it is going to be a treat for music lovers.