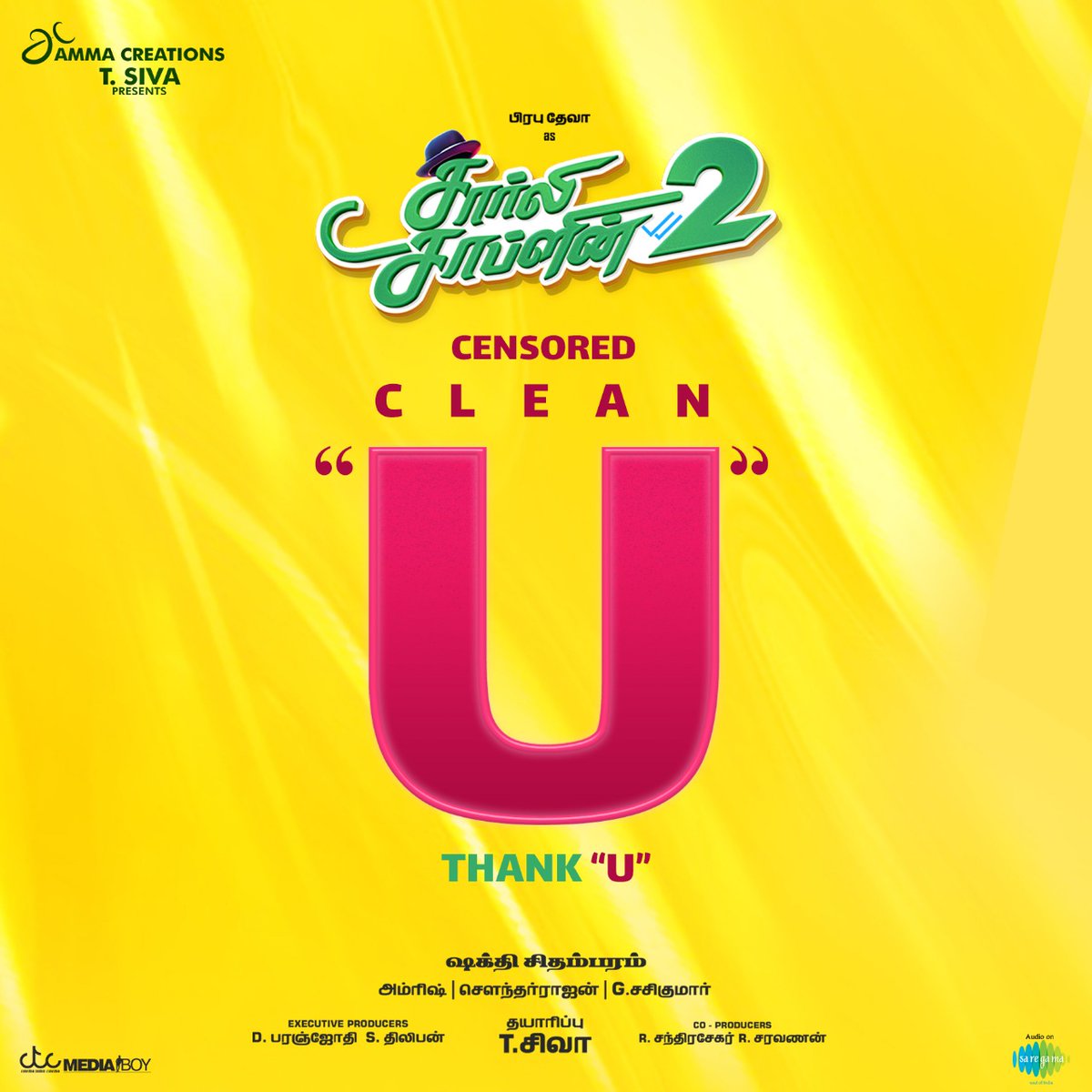 Charlie Chaplin 2 which has Prabhudeva, Prabhu, Nikki Galrani and Adah Sharma in the lead roles has been cleared by the Censor board with a clean U certificate.

The movie is directed by Shakthi Chidambaram who wielded the megaphone for the first part of the movie which was released in 2002. The flick is bankrolled by Amma Creations’ T Siva.

The first part had Prabhu and Prabhu Deva in lead roles and it was one of the super hit films of the year 2002.

The sequel has already generated considerable expectations and it is tipped to be a romantic film filled with enough comedy elements.