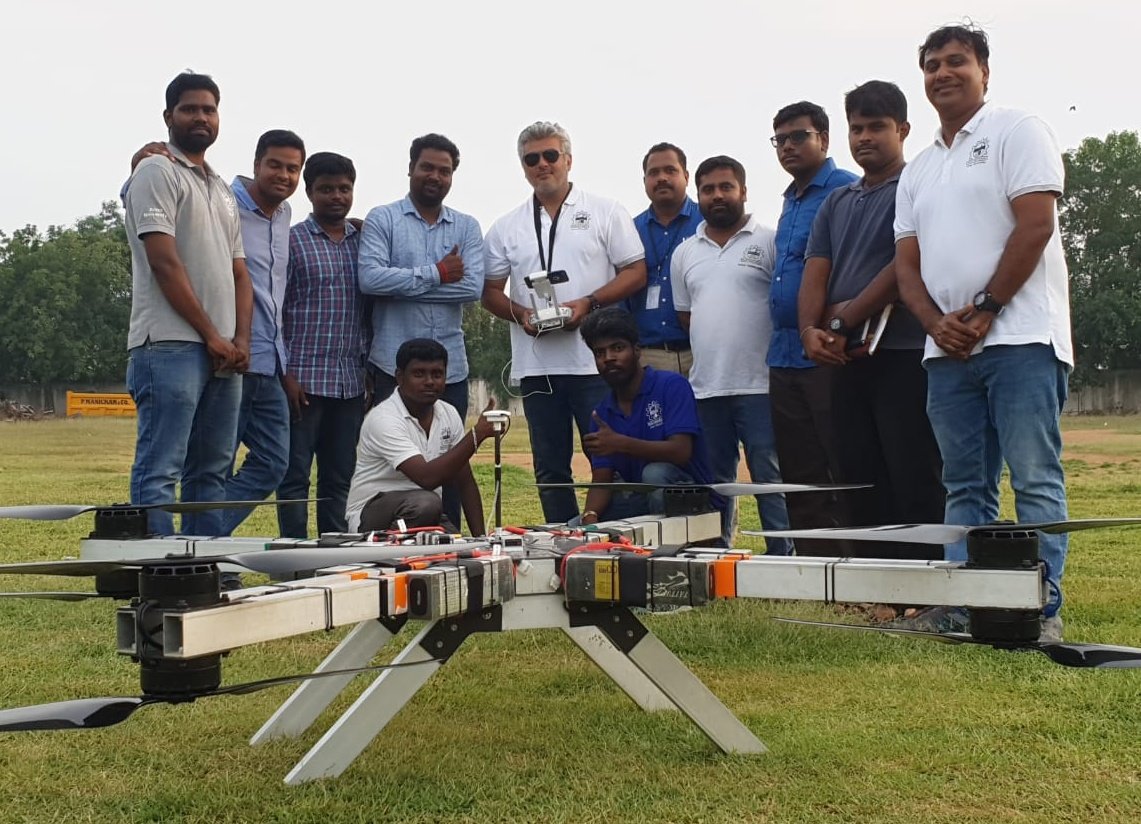 Ajith who recently completed shooting for Viswasam has returned to his team Daksha of MIT. The actor has been guiding the team which has won accolades in several international competitions.

Now, since the shooting is over, he was seen operating a drone in the college premises wearing a team T shirt. As usual he was also polite enough to take a snap with the students who had gathered to see him.

Visuals and photo from the spot are being shared virally online. In the past too, the actor had visited MIT at Chromepet in Chennai and attended a lecture and workshop about the quadcopter design.

He had also interacted with a few students and took photographs with them. The students were floored by his humility and kind gesture. 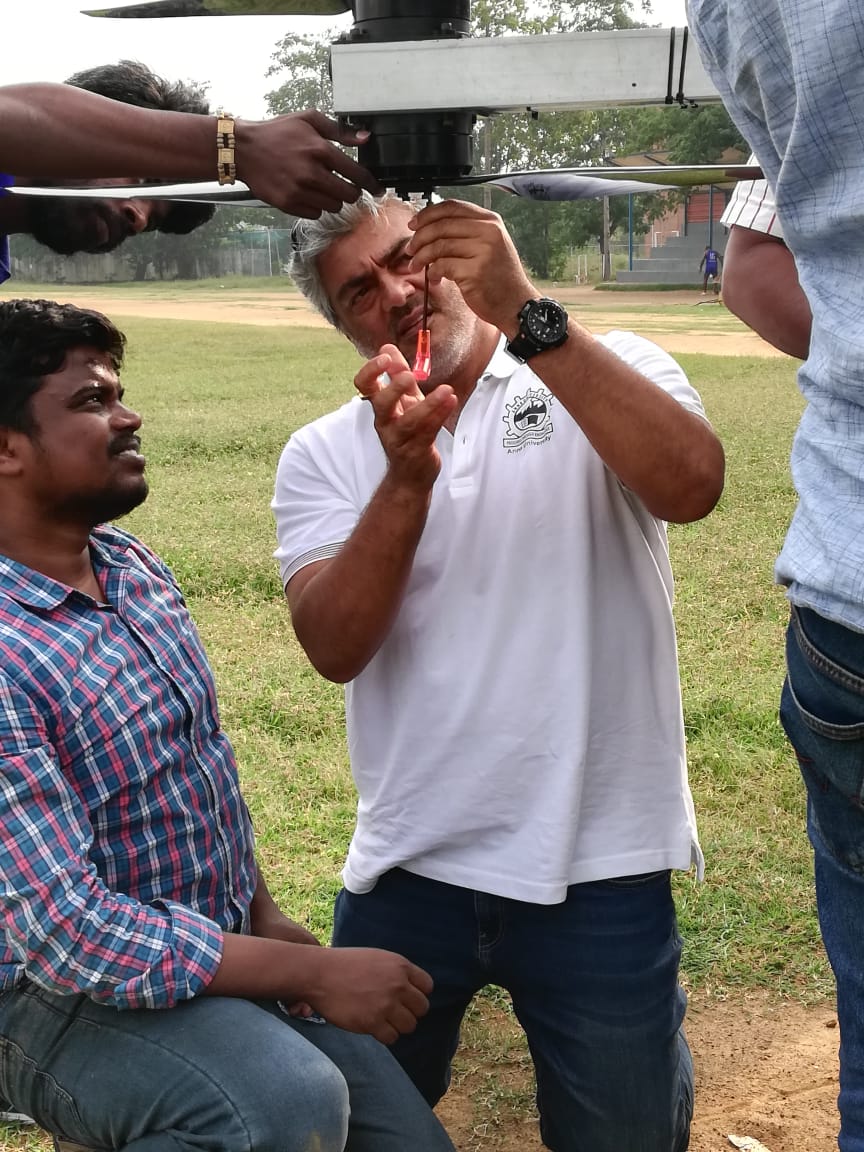