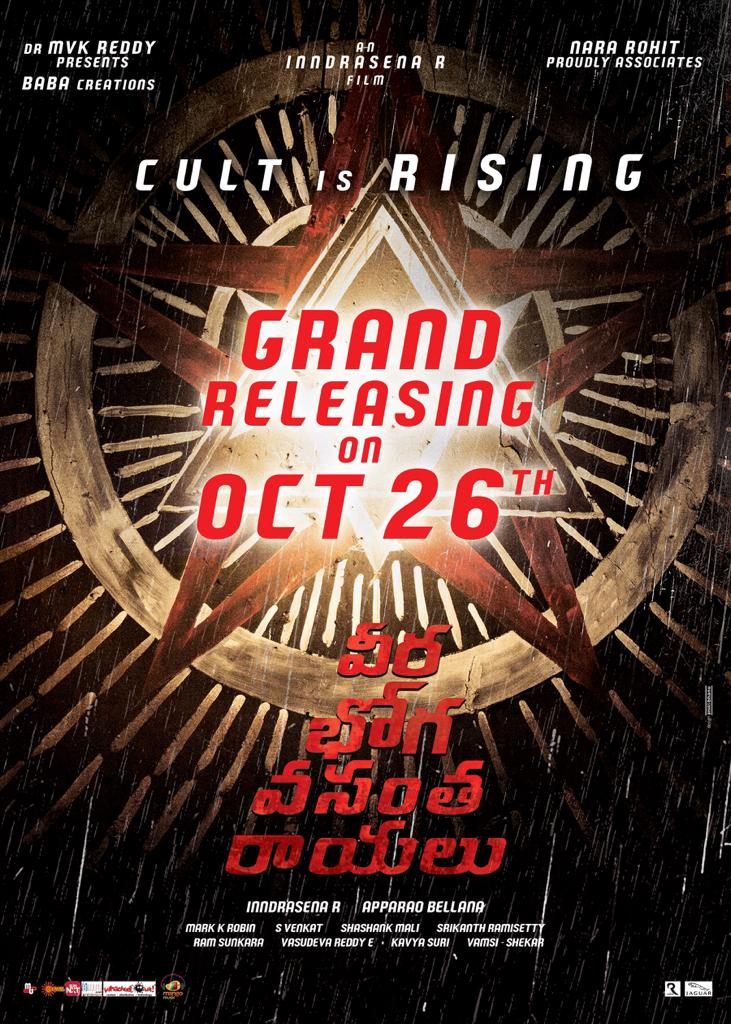 The release date of ‘Veera Bhoga Vasantha Rayalu’ is confirmed on October 26th. Starring Nara Rohith, Shriya Saran, Sudheer Babu and Sree Vishnu in the lead roles, the film is being directed by Inndrasena R.

Upon announcing the release date, the makers of the film are planning to launch the trailer very soon. A date will be finalised shortly and made official.

The teaser of ‘Veera Bhoga Vasantha Rayalu’ was launched recently and it garnered a fantastic response from the audience. This is a non-linear crime drama and has patriotism as its backdrop. The first looks of the lead cast too is also well received and decent expectations are on the movie. Mark K Robin has composed music for this film while S Venkat is handling the cinematography.