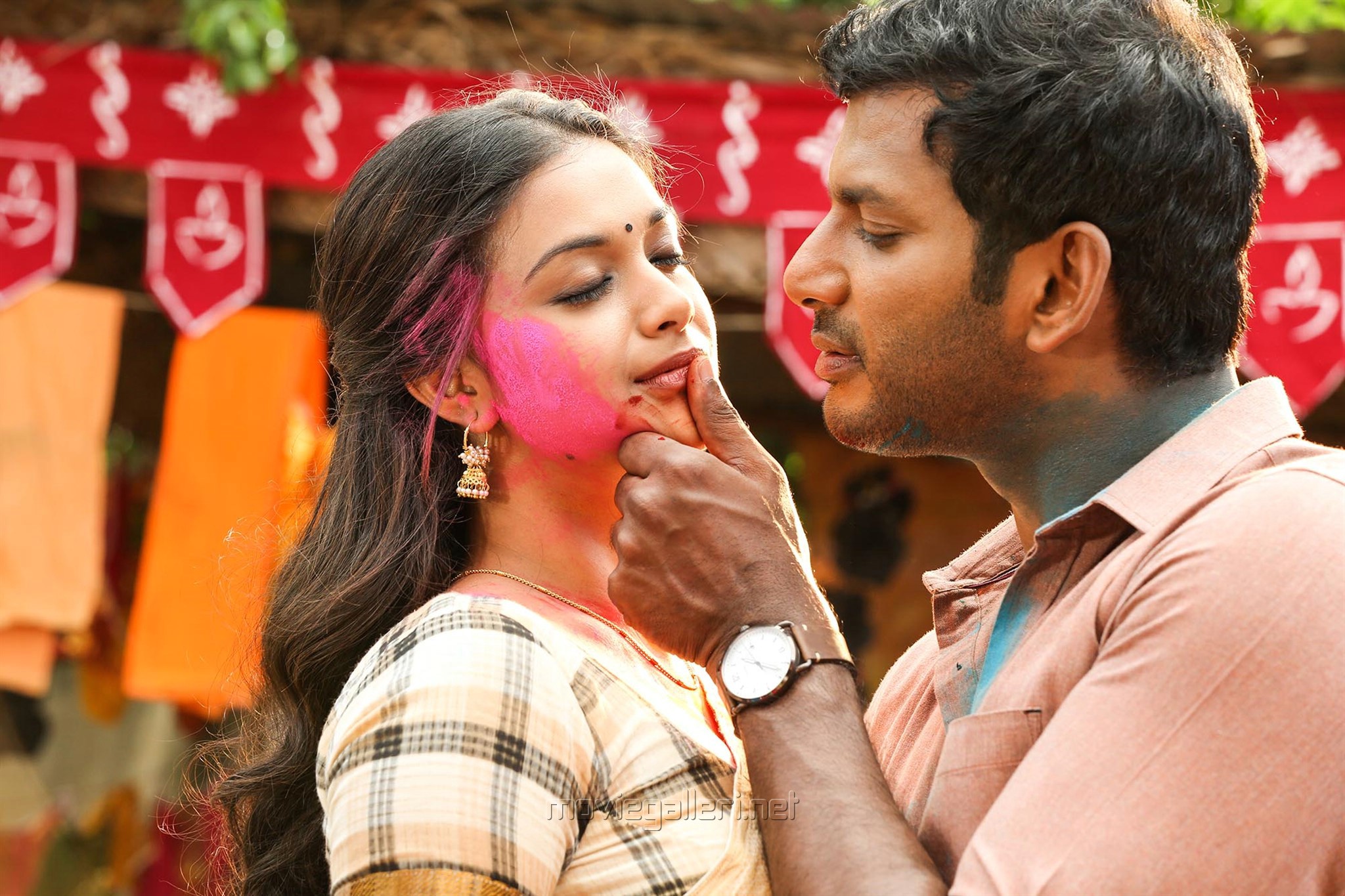 The plot of Sandakozhi is not a surprise. As revealed in the trailer itself, the movie is a revenge story in which Varalakshmi wants to kill every member of the family responsible for her husband’s death.

Meanwhile, the annual event of the temple also does not happen for many years and the village head Raj Kiran decides to conduct the festival that year.

Vishal comes to the village after seven years and falls in love with Keerthy Suresh who aspires to become a police officer.

Did the festival happen without hindrance and was Varalakshmi able to take her revenge forms the rest.

Vishal who reprises his role from the first part has been able to keep the charm that he had in the first part. Keerthy Suresh keeps the screenplay light with her antics in an otherwise action packed film.

Varalakshmi is the show stealer as the antagonist and has a different role to play than her previous flicks and more negative shaded roles are sure to come her way. 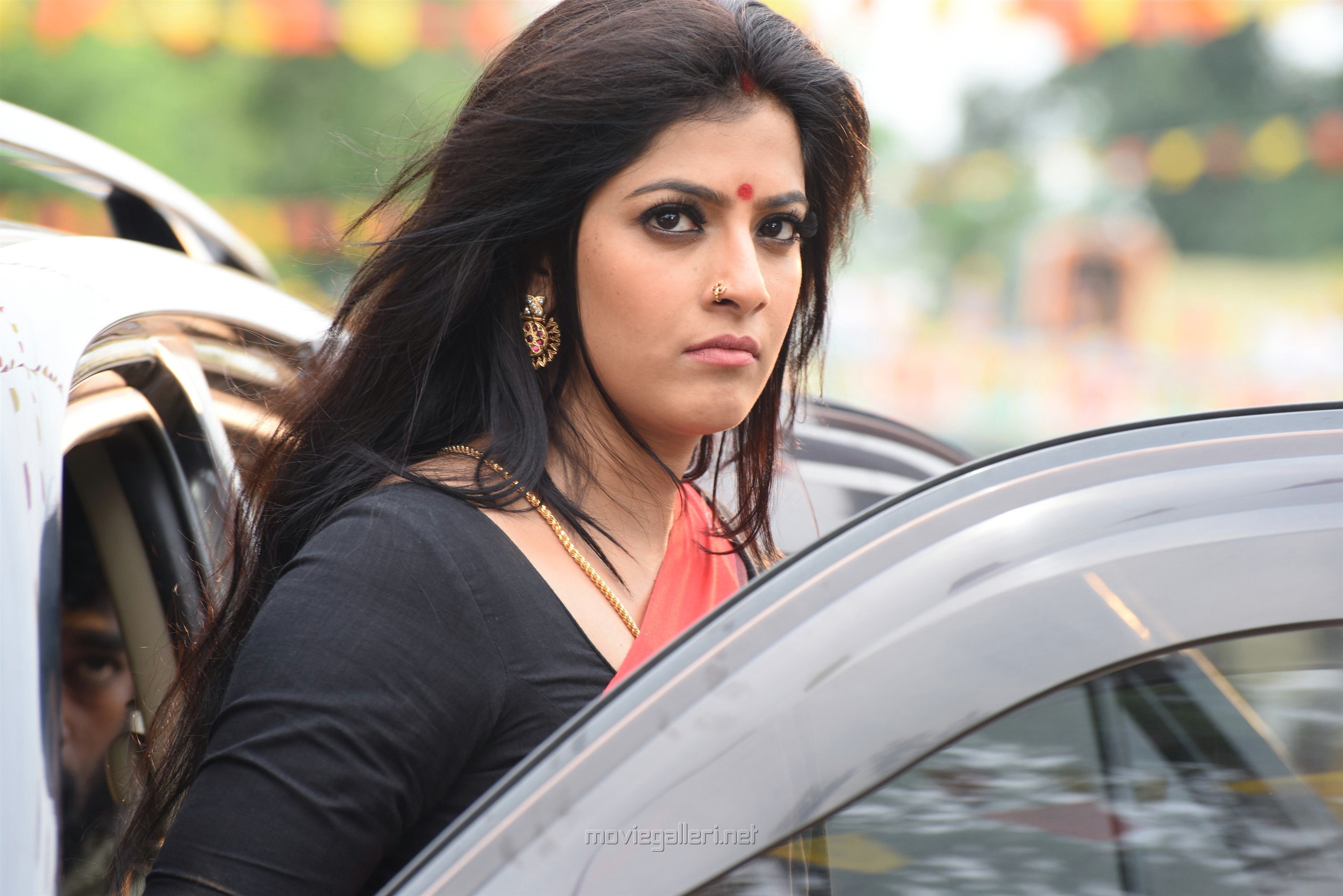 Raj Kiran as the village president as usual is majestic and terrific making the character his own. Director Lingusamy has retained the core theme of Sandakozhi and has added more masala and emotion to the screenplay making the movie more enjoyable.

This is one of his finest films in the recent years. However, the magic that was in Sandakozhi is missing in the flick.
Rating: 3/5 – Knock out punch