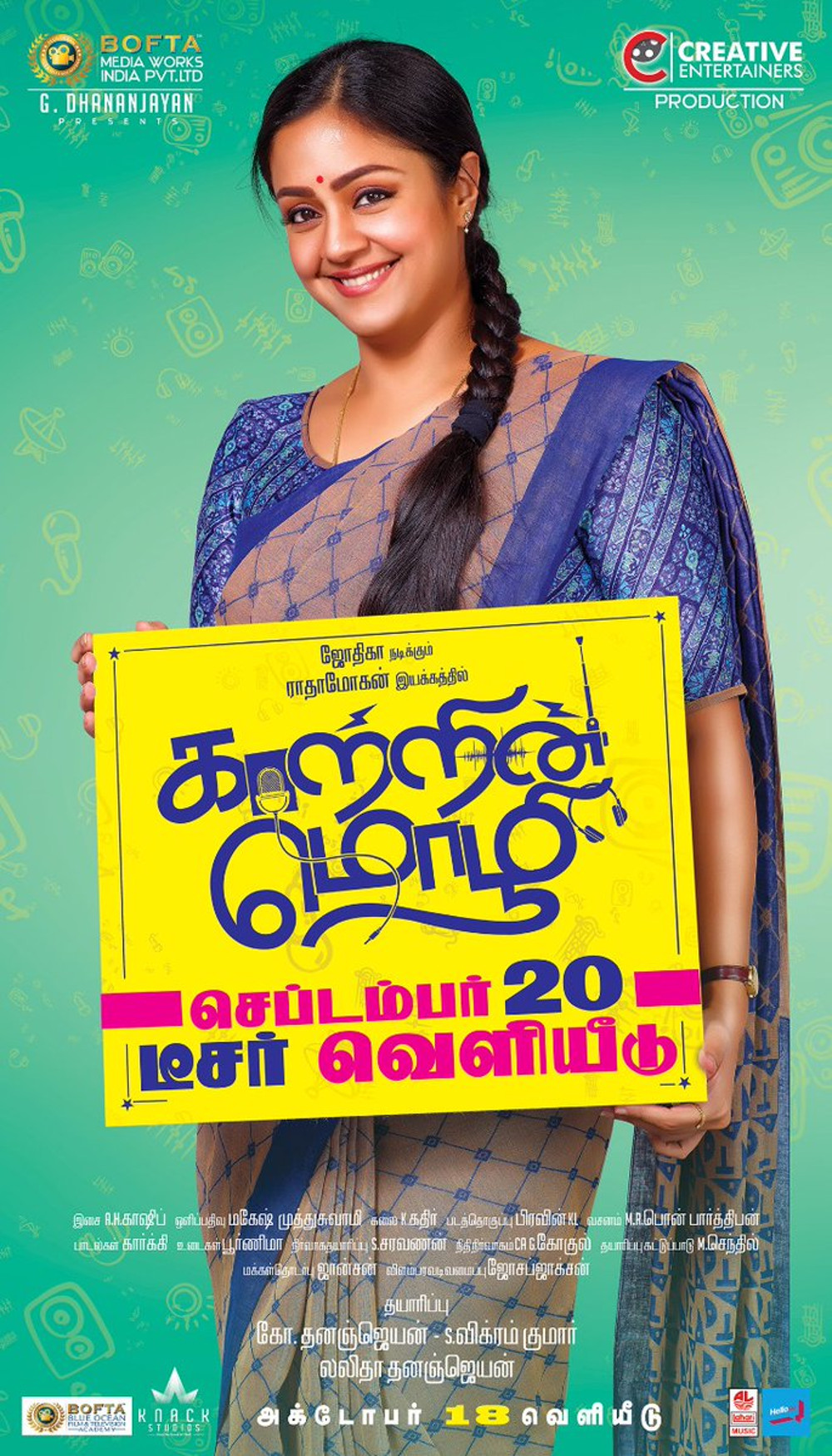 Teaser of Jyothika’s upcoming flick Kaatrin Mozhi will be released on 20 September.

It was recently announced that the editing of the film directed by Radha Mohan of Mozhi fame was completed. The first look poster of was also released recently.

The movie is the remake of Hindi flick Tumhari Sulu which had Vidya Balan playing the lead role. The makers have announced that the flick will be released on Jyothika’s birthday on 18 October.

The movie is bankrolled by Dhananjayan’s BOFTA Mediaworks. Vidharth plays Jyothika’s husband in the movie. A R Rahman’s nephew AH Kaashif is the music director.