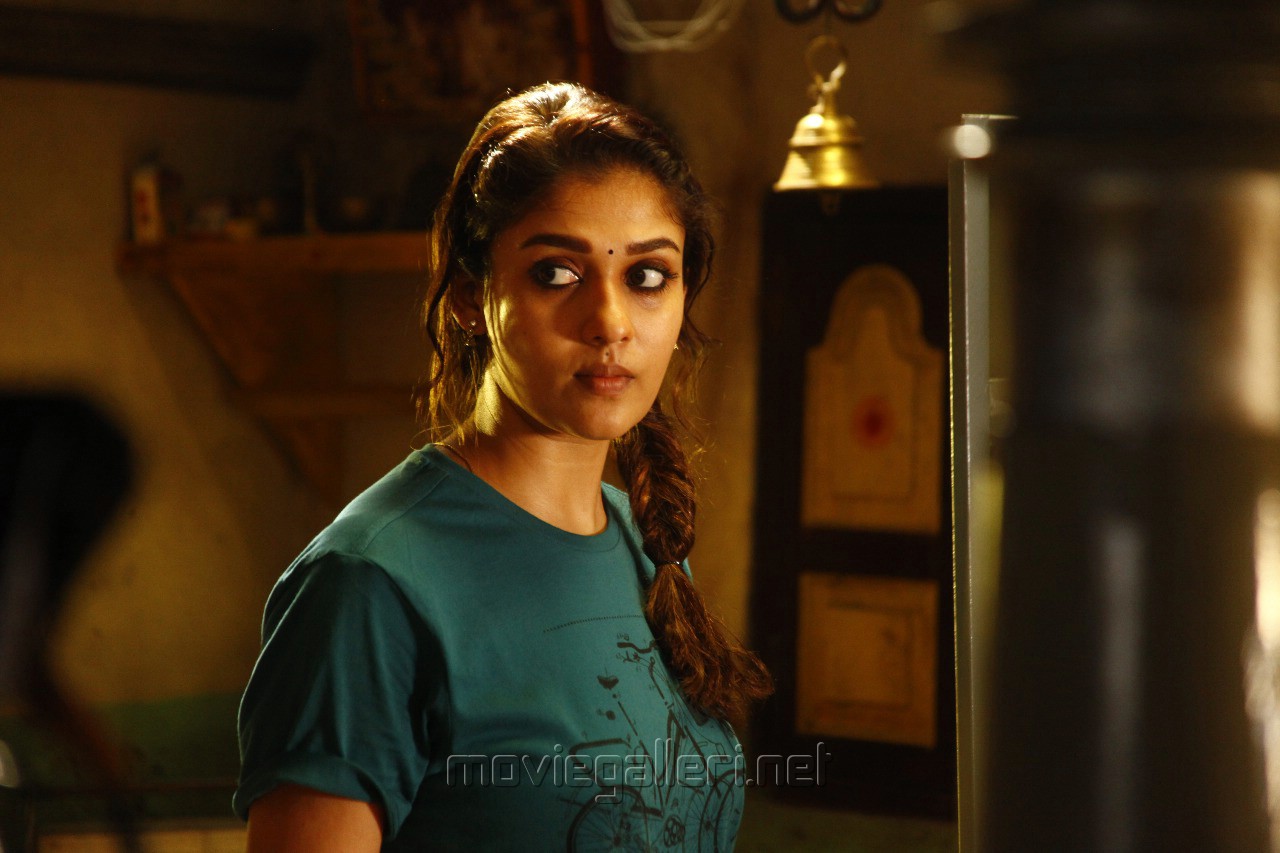 A drug smuggling gang wanted by the police, forces Nayanthara, an innocent woman, to smuggle drug to a place.

They kidnap her sister Jaqueline Fernandez and threaten her to finish the job. In order to save her sister, Nayanthara also agrees to it.

Nayanthara is also in need of money for the medical treatment of her mother Saranya Ponvannan who is suffering from cancer.

After completing the first job, she tells the boss of the gang that she will continue smuggling drug if he pays her.

Meanwhile, Yogi Babu who has a provisional store opposite to Nayanthara’s house, falls in love with her. Is Nayanthara able to save her mother, did she escape the smuggling gang, what happened to Yogi Babu’s love forms the rest of the story.

Once again Nayanthara has selected a unique story and has tried to show variation in her acting. She has done exceptionally well as an innocent woman and also as someone who hatches cunning plans to smuggle drugs.

Yogi babu who falls in love with Nayanthara for her innocence, panics after he comes to know about her ‘other side’. The scenes following that bring down the theatre in laughter.

Saranya Ponvannan and Jaqueline Fernandez have all done their job to satisfaction. Anirudh’s music is a major positive, especially the Kalyana Vayasu song is a treat to the fans.

Director Nelson Dilipkumar has tried the dark comedy thriller genre and has done a decent job with it. He could have, however trimmed the running time of the movie which would have made it all the more crisp to watch.

Kolamaavu Kokila can be safely added to the list of hit woman centric movies.