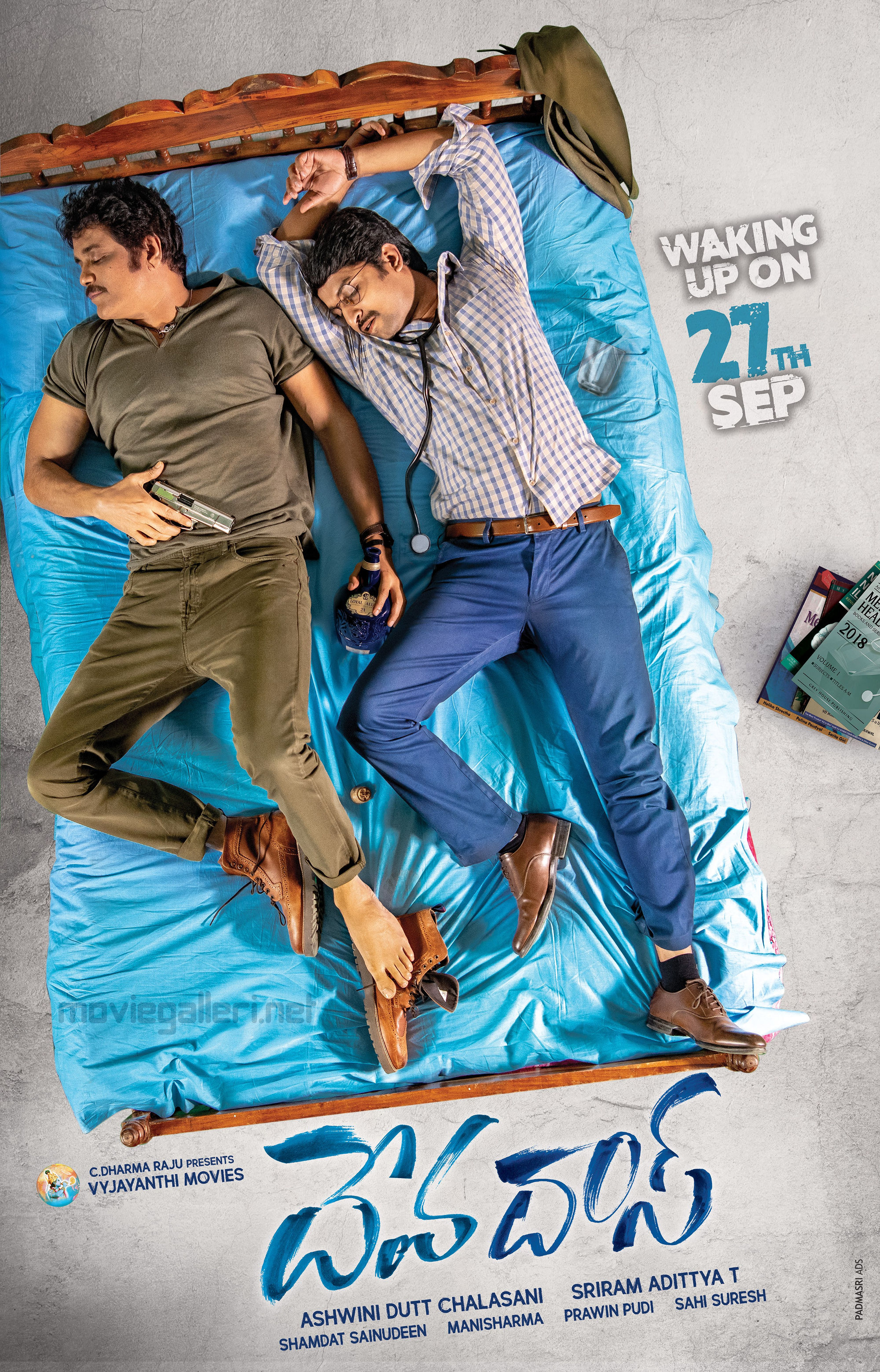 The first look of ‘Devadas’ has been unveiled by the makers. This is one of the crazy and most awaited multi-starrers of the year featuring Nagarjuna Akkineni and Nani.

The first look also reveals Nagarjuna and Nani’s roles who are playing Deva and Das respectively.

Written and directed by Sriram Adittya, this is a new age entertainer having Aakanksha Singh and Rashmika Mandanna in the female lead roles.

The shooting of the film is in final stages and the makers are planning to release the movie in September 27th.
Produced by Ashwini Dutt under Vyjayanthi Movies banner, C Dharmaraju presents it.