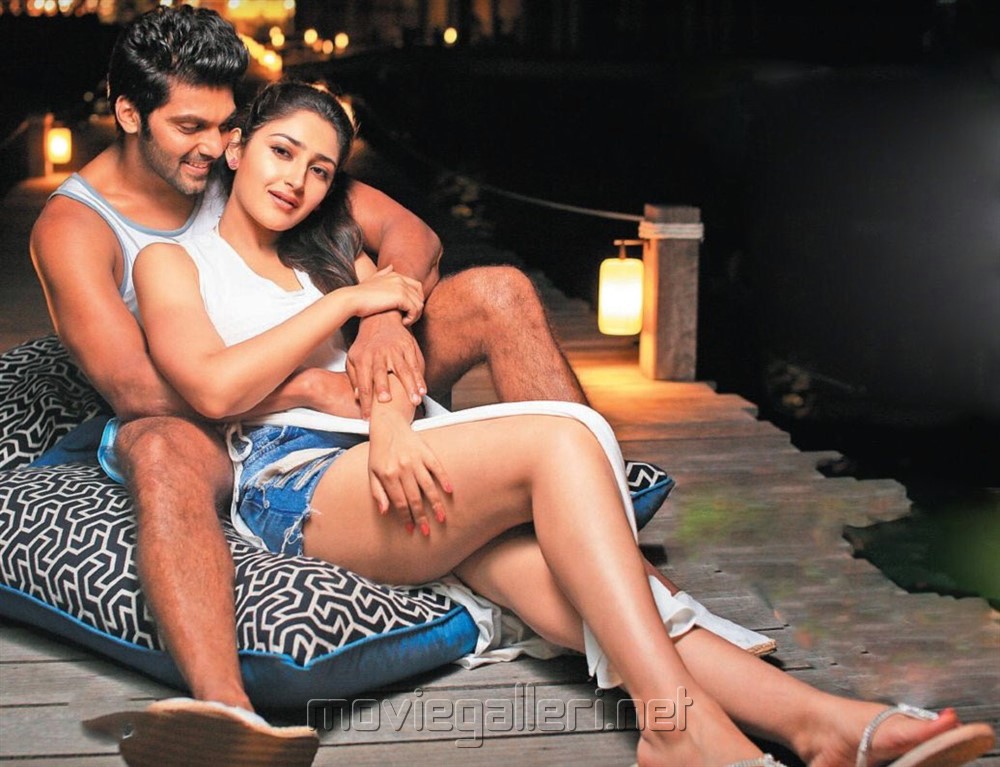 Arya is suffering from a condition which makes him forget things that he is doing when disturbed by others.

His parents decide to get him married, however he is rejected by many because of his mental condition. Finally they fix a meeting of Arya and Sayyeesha’s father Sampath.

However, Arya forgets to go the meeting. Later he meets Sampath and apologises for it and explains his situation.

Sampath refuses to get his daughter married to Arya. The hero, in the meantime, goes to talk with Sayyeesha and falls in love with her.

He hides about his disorder to her and they both start loving each other. Meanwhile Sayyeesha’s relative, who is a police officer, also wants to marry her.

How did Arya manage with his condition, did he marry Sayyeesha against all odds forms the rest.

Director Santhosh P Jayakumar unlike his previous movies which were adult comedies has given a complete family entertainer this time.

He has delivered a humour film which people of all age can enjoy. His biggest strength is the way in which he has effectively handled his cast.

Arya after a long time is very impressive with his innocent acting and he way in which he covers up his condition to Sayyeesha.

Sathish and Karunakaran take care of the humour portions and are at their witty best. All the other members of the cast including Aadukalam, Naren, Uma Padmanabhan and Sampath have done their roles to perfection. Balamurali Balu’s BGM and songs are just above average.