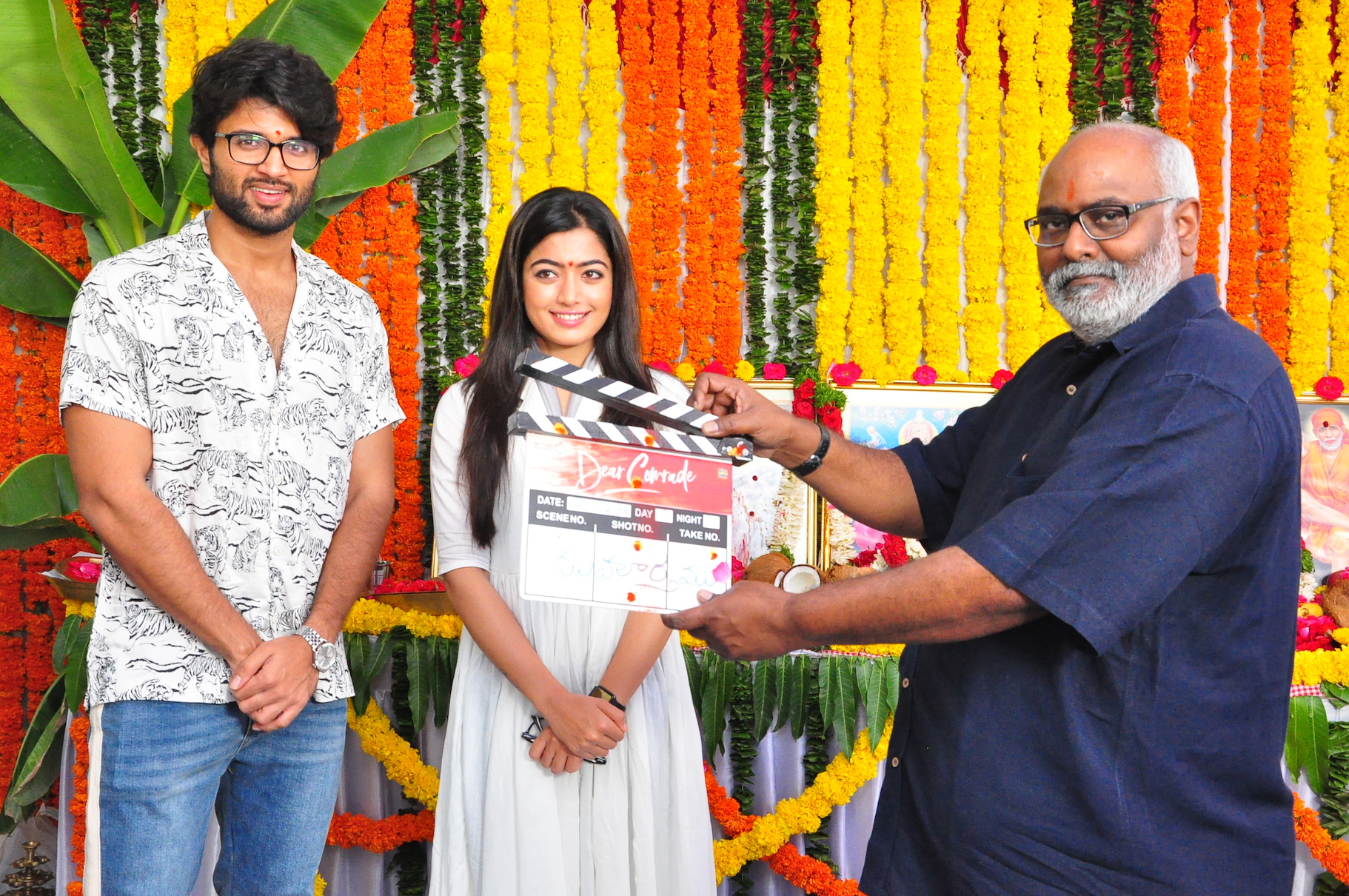 Keeravani gave the clap for the first scene while director Chandrasekhar Yeleti switched on the camera and Bharat Kamma directed it. Directors Sukumar and Koratala Siva have handed over the script.

‘Dear Comrade’ will be directed by Bharat Kamma and this is a joint production of Mythri Movie Makers and Big Ben Cinemas banners.

Rashmika Mandanna is going to pair with Vijay Deverakonda in the film and it will be the couple’s second combination. Tamil musician Justin Prabhakaran will take care of music while Sujith Sarang will be handling the cinematography.

Jay Krishna is going to provide dialogues while Ramanjaneyulu is the art director and Sreejith Sarang is the Editor.