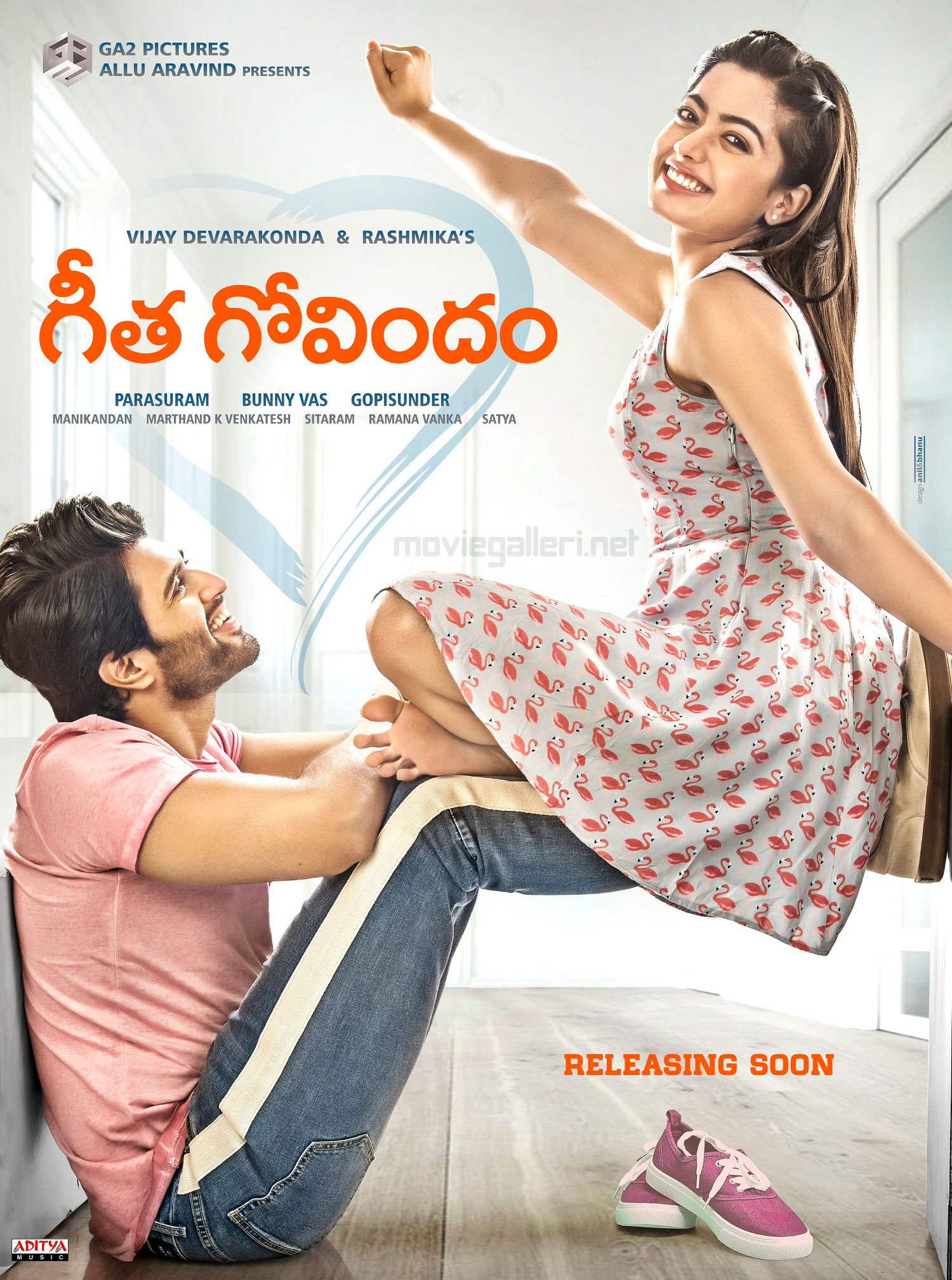 Vijay Deverakonda who attained immense stardom and fans frenzy with the sensational success of Arjun Reddy and Rashmika Mandanna who made grand entry in Tollywood with Chalo are teaming up for a film titled Geetha Govindam directed by Parasuram (Bujji) whose last movie Srirastu Subhamastu was a runaway hit.

Young talented producer Bunny Vass is producing the film while ace producer Allu Aravind is presenting it. Gopi Sunder is scoring music. The film is in post-production stages and it is slated for release soon. Meanwhile, Geethe Govindam first look has been released today.

While speaking on the occasion, the film’s presenter Allu Aravind said, “Vijay Deverakonda earned stardom with his acting skills in Pelli Choopulu, Arjun Reddy and Geetha Govindam will be another best film in his career. Parasauram penned a wonderful family subject. Heroine Rashmika played girl-next-door role. Vijay and Rashmika scenes are well written. Parasuram is a committed director and it is his second film under our production banner. Gopi Sunder has given fascinating music and it is second film for his as well in our banner. Our producer Bunny Vass will soon announce release date.”

Director Parasuram said, “Srirastu Subhamastu was my first film under Geetha Arts Banner. It was well received by audience. Now, I’m doing a romantic family entertainer Geetha Govindam under same banner. With Allu Aravind’s blessings and Bunny Vass’s support, the outcome has come out really well. I too was curious to see Vijay on screen after the humongous success of Arjun Reddy. I’ve penned the script keeping Vijay’s image in my mind. Our Govindam will entertain you with perfect family emotions with the same attitude. Rashmika played her real life character. Means, she is same bubbly and livewire off screen as well. You would come to a conclusion about chemistry of the lead pair after watching their chemistry. Bunny Vass will soon lock a date to show us their naughtiness on screen.”

Producer Bunny Vass said, “I specially thank Allu Aravind gaaru who encouraged us with his kind words. Any film should appeal to youth and families. We are happy for Allu Aravind being part of the film as a presenter. He pretends audience who buy Rs 100 ticket should not be disappointed. It may not be mentioned specially about craze and following of our Govindam alias Vijay Deverakonda. We will never forget his support for the film. Geetha Govindam is as good as his kind heart. Parasuram is an expert in dealing films with good family emotions. He perfectly handled romantic and comedy scenes between the lead pair. Gopi Sunder’s music is biggest asset. Youth will like Geetha Govindam’s high jinks. We will soon announce release date.” 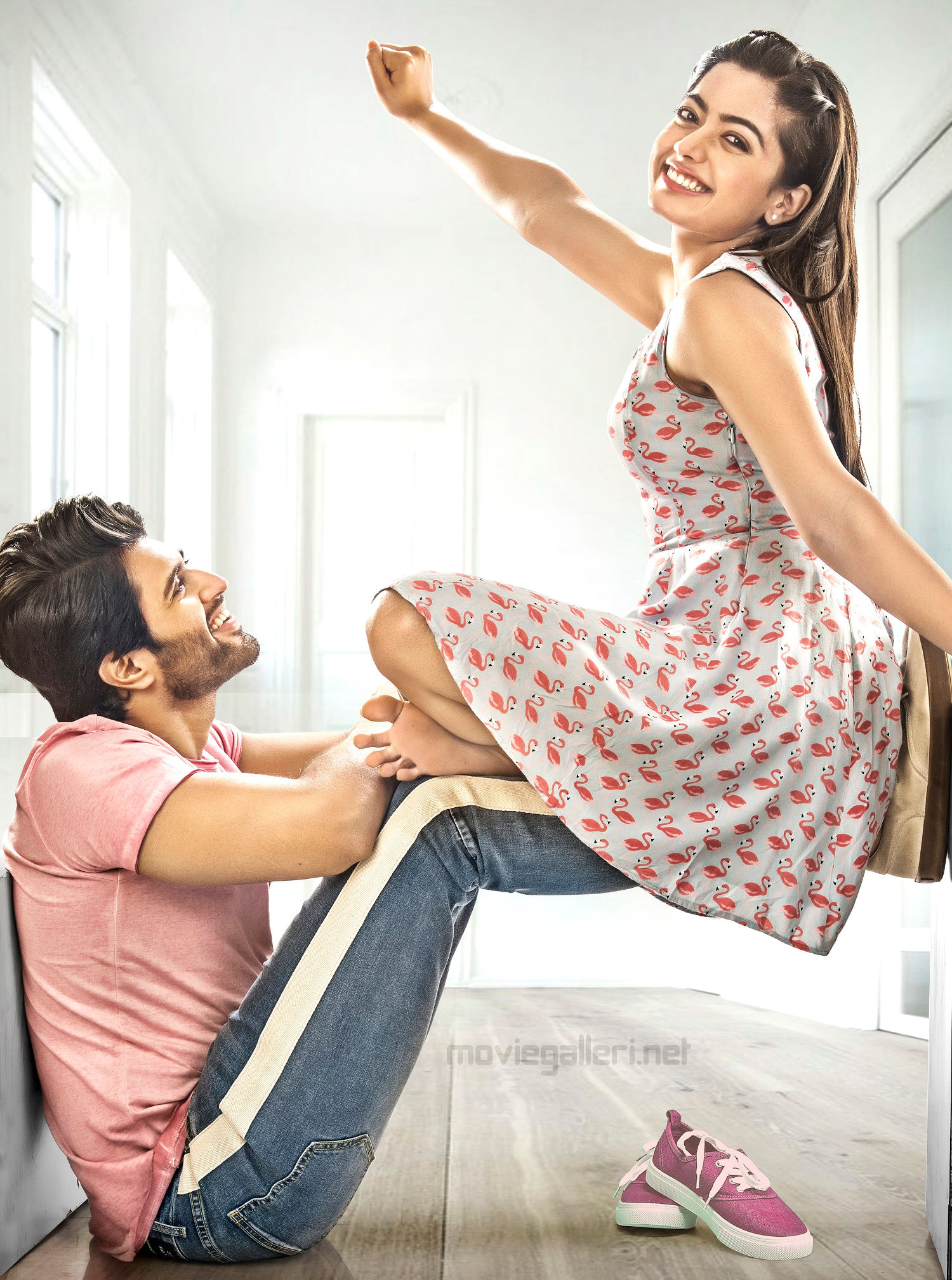