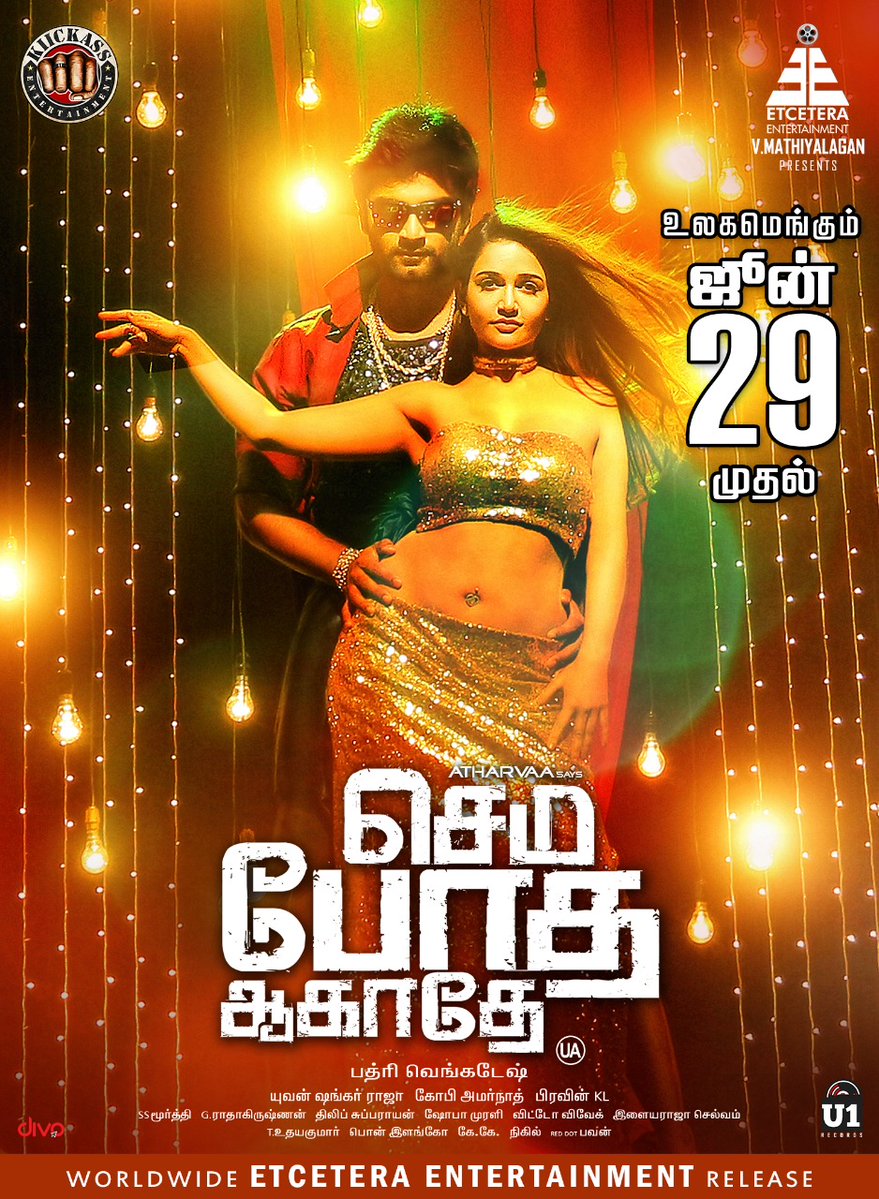 Atharvaa’s Semma Botha Aagathey was in the making for quite sometime now. Release of the movie was postponed due to the TFPC strike.

The film is directed by Badri Venkatesh. The album of the movie was released recently and gained good response from the audience. The teaser promised several high octane stunt sequences.

Music for the movie is by Yuvan Shankar Raja. Cinematography is by Praveen K L and the project is bankrolled by Atharvaa’s home banner Kickass Entertainment.