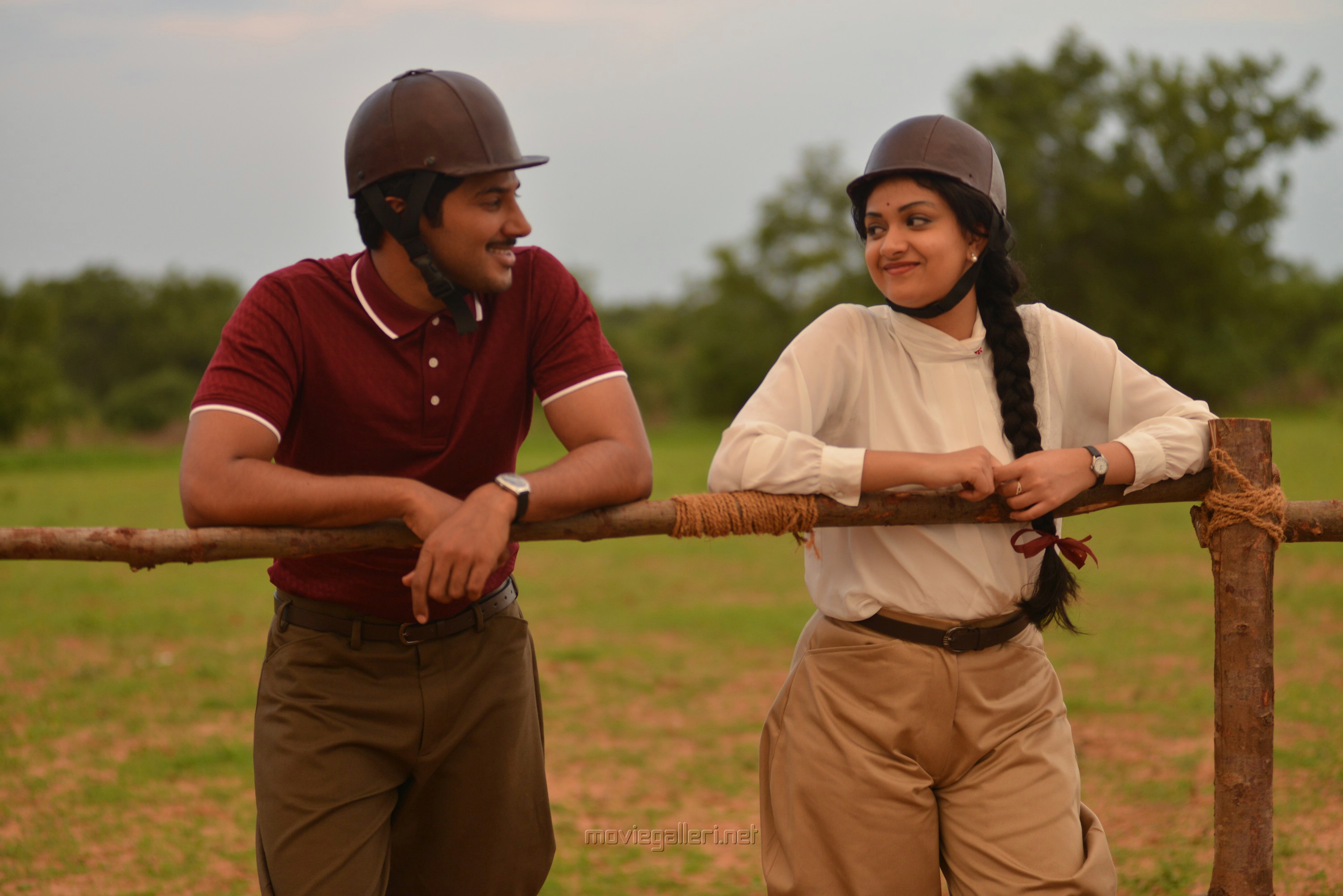 Samantha, a cub journalist, is given the responsibility of doing an article. She along with her photographer Vijay Deverakonda embark on an journey to trace details about actress Savitri played by Keerthy Suresh.

Savitri who loses her father at an young age, grows up with her mother in her uncle’s place. She is forced to join dancing class at a young age and is brought to Madras in search of Cinema chances.

During her acting days, she falls in love with her co-star Gemini Ganesan played by Dulquer Salman. Later she finds that he is already married.

However due to their love, they get married. Problems begin when Savitri outfames Gemini. Rest of her life is filled with tragedy and sadness.

Though most of this story is already known, the director has made sure that he brings out the personal nature of Savitri in the movie. Keerthy Suresh has lived as Savitri and her performance will go down as one of the best in her career.

It is not easy to reproduce the Nadigayar Thilagam and she has done it to perfection. She has breathed life into the character.

On the other hand, Dulquer as Gemini Ganesan is an apt choice for the role as he gets into the skin of the character. Samantha and Vijay as the journalist have their own separate love track and excel in them.

Director Nag Ashwin has concentrated more on the personal life of Savitri and has tried to bring out how soft yet stubborn and good hearted she was.

However, the film would have been complete, if Sivaji Ganesan’s character was also present in the movie. The director depicts Savitri more as a Telugu actress than a Tamil actress, she rose to fame mainly because of her performances in Tamil cinema.

Cinematography by Dani Sanchez-Lopez is the backbone of the movie and he has given different shades to represent the various stages in Savitri’s life. Music by Mickey J Meyer is master class and adds life to the film.

On the whole, it is an epic film which has retained all its epicness.
Rating: 3.5/5 – Will be etched in history