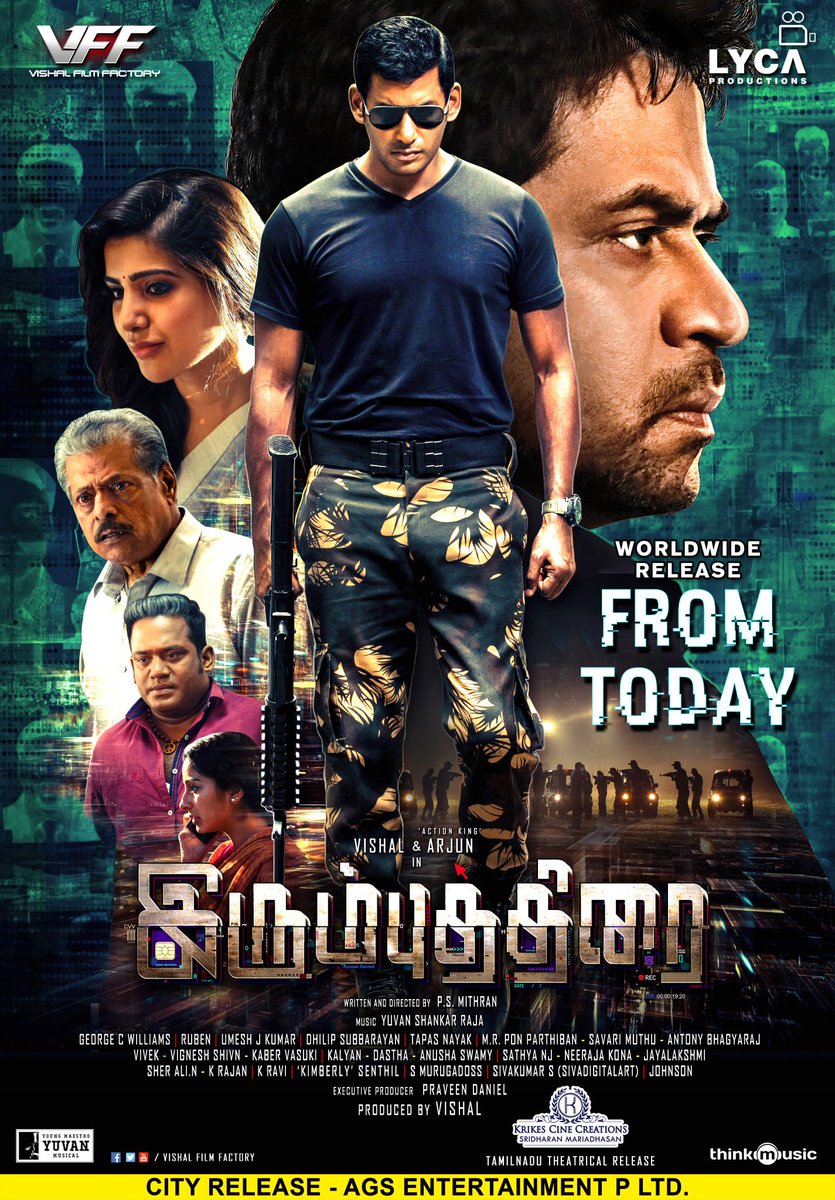 Army major Vishal gets a loan of Rs six Lakh from a bank for his sister’s marriage. This money along with his earnings of Rs four lakh vanishes from his account.

When he approaches the bank, the officials say that the amount was spent using online transaction. Using Army technology, he tries to find out how and who stole his money.

During his investigation, he finds out that many people like him have lost their money and there is a network run by a mastermind behind all this. Who is the mastermind, how did Vishal catch him forms the rest of the action filled second half.

In the first half, Vishal along with Robo Shankar have some fun time. Meanwhile, he also meets Samantha, a psychologist and falls in love with her. The first half is filled with comedy, love and family sentiment.

However, things get racy in the second half during Vishal’s hunt for the antagonist played by Arjun. There are quite a few heavy octane stunt sequences and some brain storming puzzles which will bring the audience to the edge of their seats.

Vishal who is charming and humorous in the first half shifts gear in the post interval session. Arjun is the backbone of the movie and has done a commendable job as the antagonist. His dialogue delivery and modulation are top notch.

The cat and mouse game scenes between Vishal and Arjun are well written keeping the audience interested. Yuvan Shankar Raja has once again proved that he is the master of BGM.

His separate BGMs for Arjun and Vishal are exemplary. Cinematography by George C Williams and editing by Ruban are quality works.

Director P S Mithran has tried to bring out how the advancement in technology has robbed the personal space of people.

The cyber crime thriller acts as a wake up call to everyone and also conveys how innocent people are cheated with the information available about them in the public domain.

Irumbu Thirai is a racy cyber crime thriller with a strong message and a quirky screenplay.
Rating: 3.75/5 – Screening social message