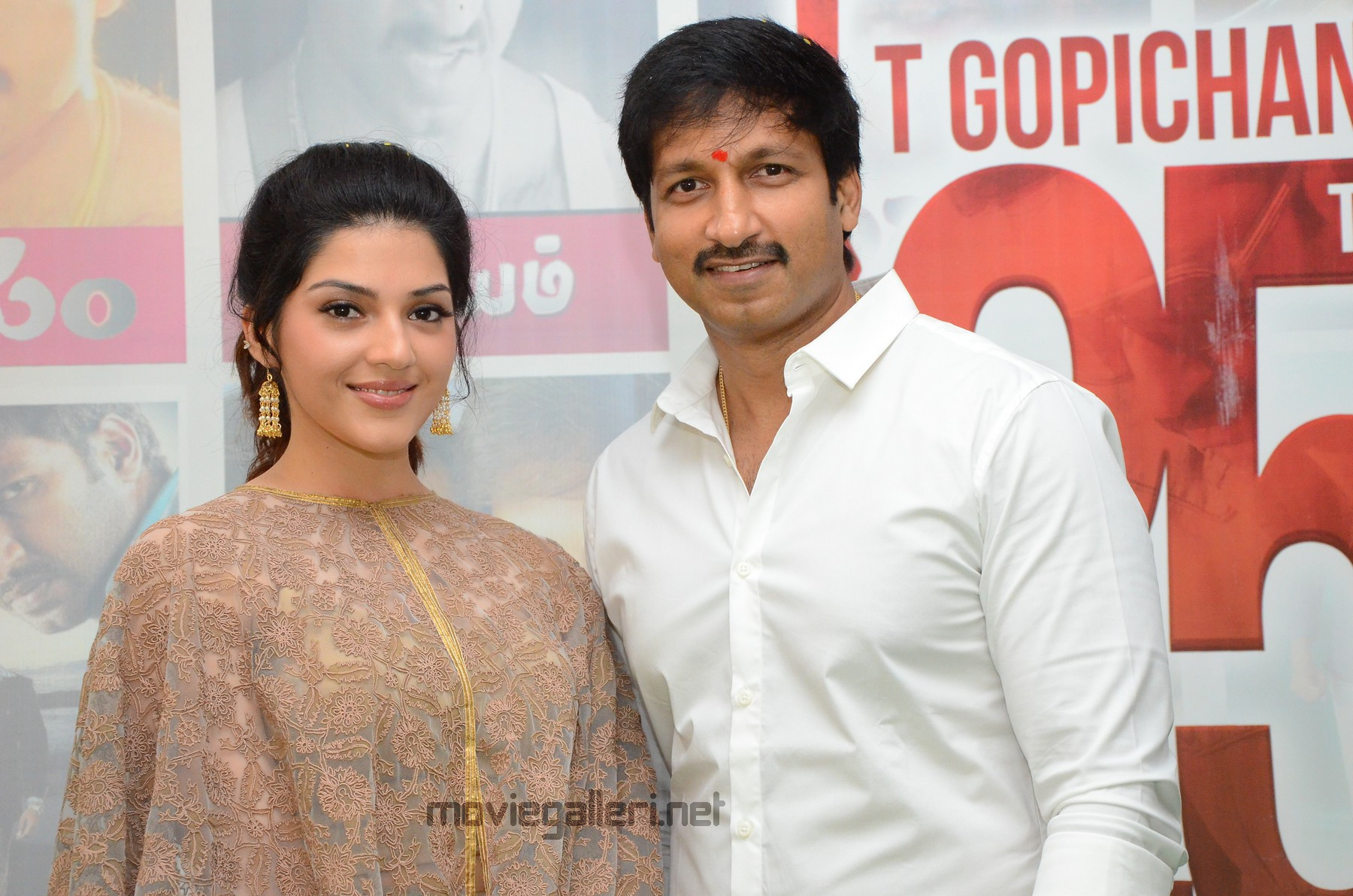 Actor Gopichand is acting in the new film, Pantham – For a Cause, in the direction of debutant K. Chakravarthy, who wrote the screenplay for films like Jai Lava Kusa, Balupu, and Power. The movie is produced by K.K. Radhamohan on Satya Sai Arts banner. Pantham is getting ready to release on 5th July, Worldwide and the movie has a distinction of being 25th film of Gopichand.

K.K. Radhamohan, the producer talking to press said, “We are happy to be producing the 25th film of Gopichand. The movie shoot is currently going on at Ramoji Film City. It is the climax of the film and after this, we will go to the UK, to shoot some scenes and songs. The movie output is very good and K. Chakravarthy is handling the film like a pro. We are proud to be associated with the film and we are going to release the movie on 5th July, after finishing all the works.”