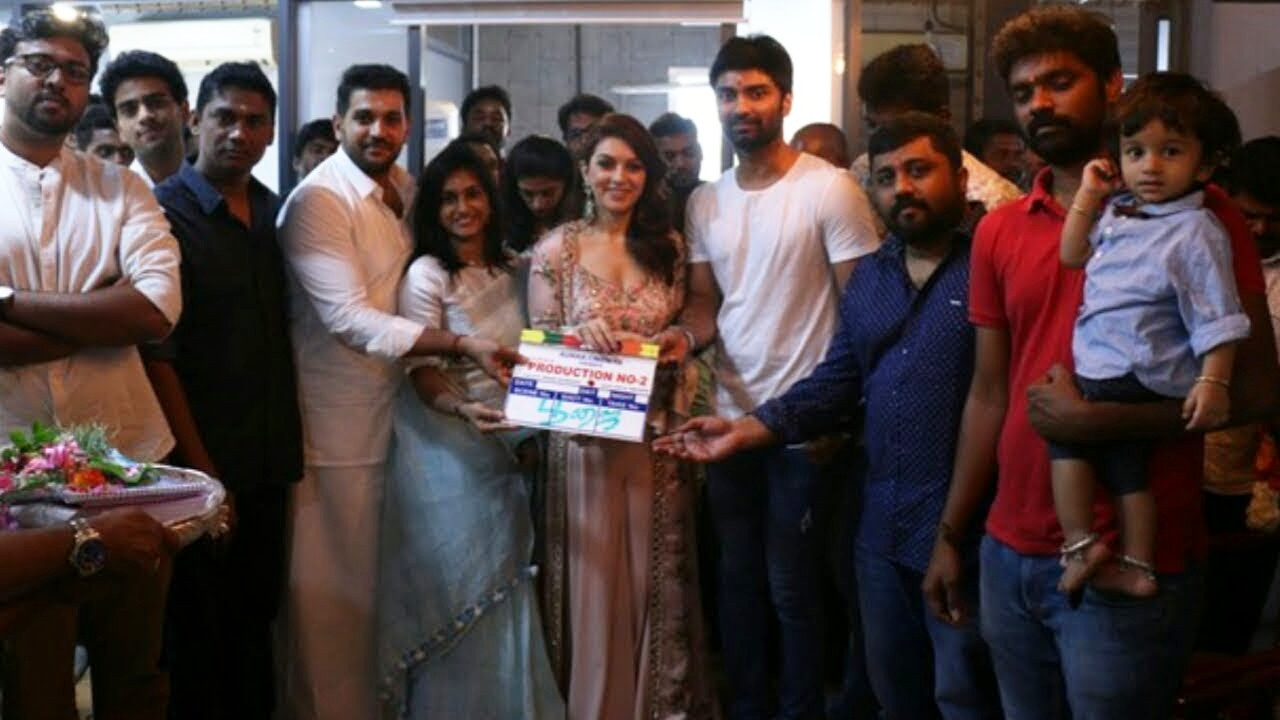 Atharvaa Murali is one of the busiest young actors in the K-Town. He already has a handful of movies including Imaikka Nodigal, Sema Botha Aagathey and Boomerang.

It was recently announced that the actor will be playing the lead role in a movie to be directed by Darling fame Sam Anton and the film will have Hansika pairing with Atharvaa.

Now the latest buzz is that the movie has been named as 100. Sources said that Atharvaa plays a cop in the movie and hence the title.

The star cast also includes Yogi Babu and music for the movie is by Sam C S. The film is bankrolled by Auraa cinemas.