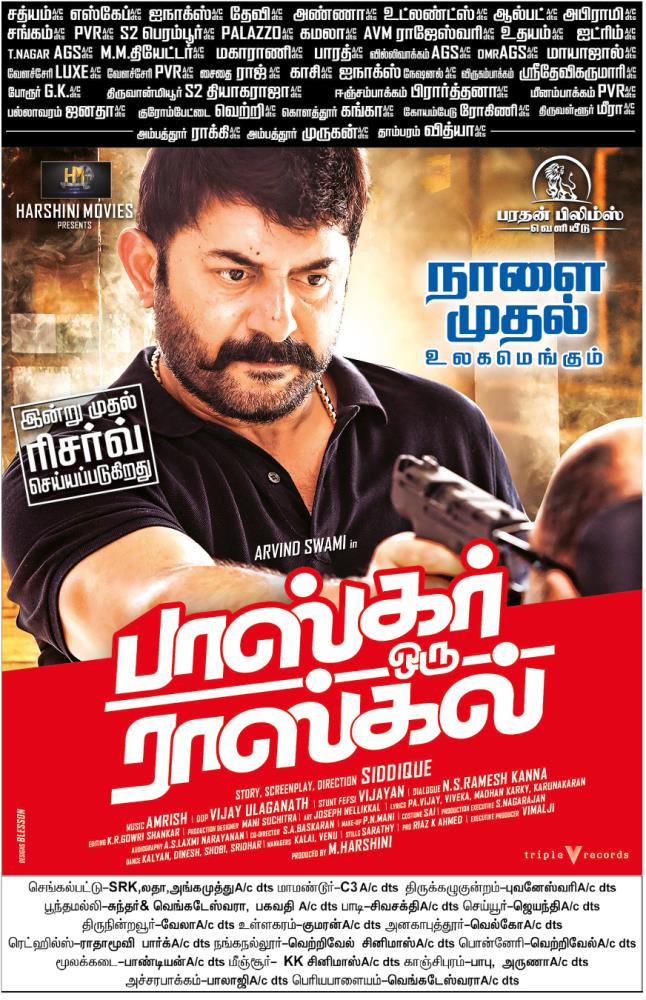 Arvind Swamy’s flick Bhaskar Oru Rascal was set to be released last week but was postponed due to some ‘unavoidable reasons’.

However, now the makers have announced that the movie will be releasing on 17 May (Tomorrow).

The trailer of the movie, which was well received, shows the relationship between a father and son. It is filled with a few action sequences and a conversation between two kids.

Actor Meena’s daughter Nainika who played Vijay’s daughter in Theri will also be a part of the cast.

The movie was censored with an U/A certificate. It may be noted that the Malayalam version was cleared with a clean U certificate.

The Tamil version has Arvind Swami and Amala Paul in the lead and has music by Amrish. Mammotty and Nayanthara played the lead roles in the Malayalam flick.