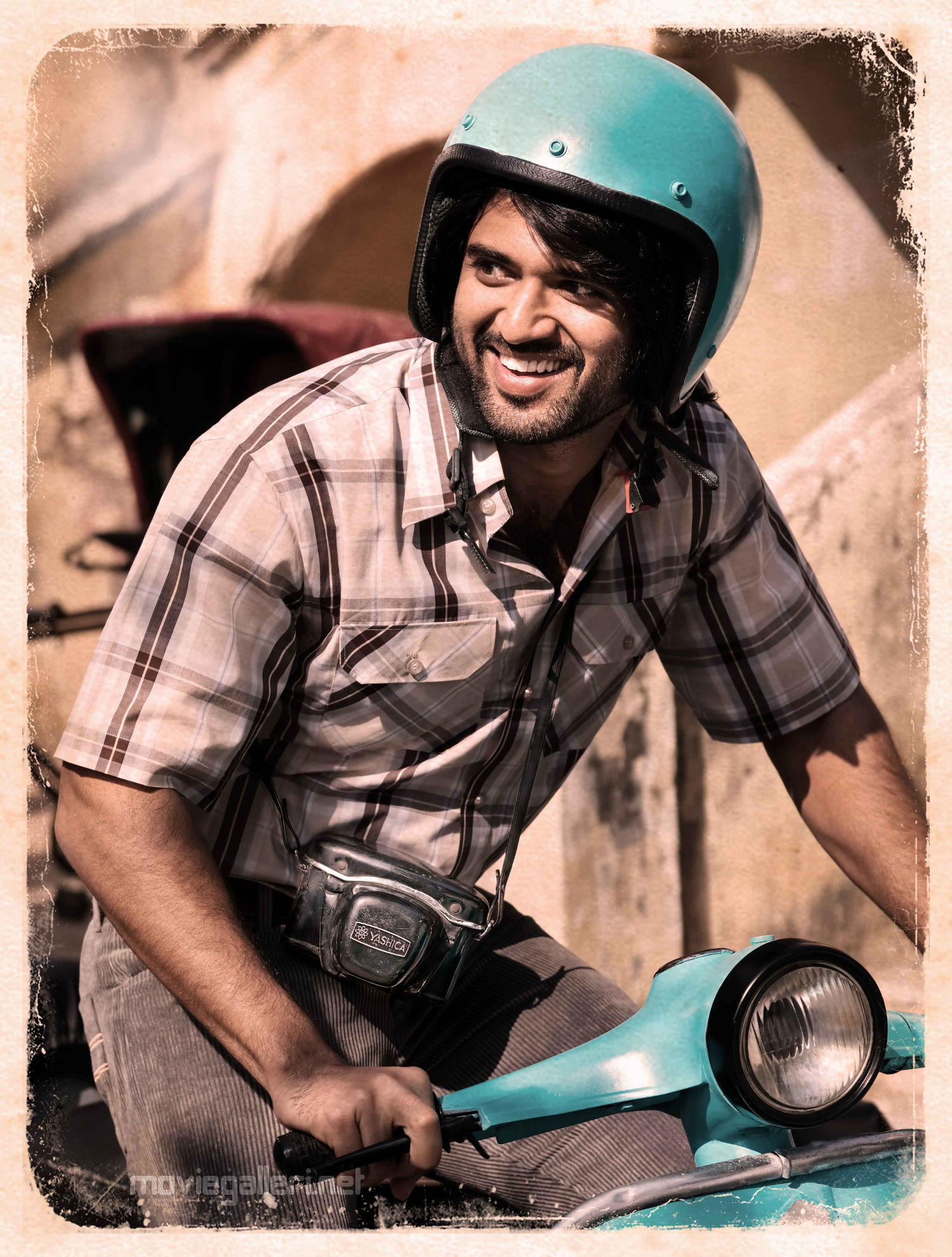 The makers of Savitri announced that the shooting of the movie was wrapped recently.

Following this the team seems to have started the promotional activities for the film.

Recently they released the first look poster of Samantha’s character in the movie and she goes by the name Madhuravani. She plays the role of a journalist in the movie.

Following this the team has now released the first look poster of Vijay Deverakonda’s character in the movie. His character has been named as Vijay Antony.

Keerthy Suresh plays the title role in the film. The film is directed by Nag Ashwin. Bankrolled by Vyjayanthi Movies and Swapna Cinemas, the movie is bilingual and made in Tamil and Telugu.

The poster of the flick has the tag line ‘The Story of the great actress Savithri who has made many generations proud’.