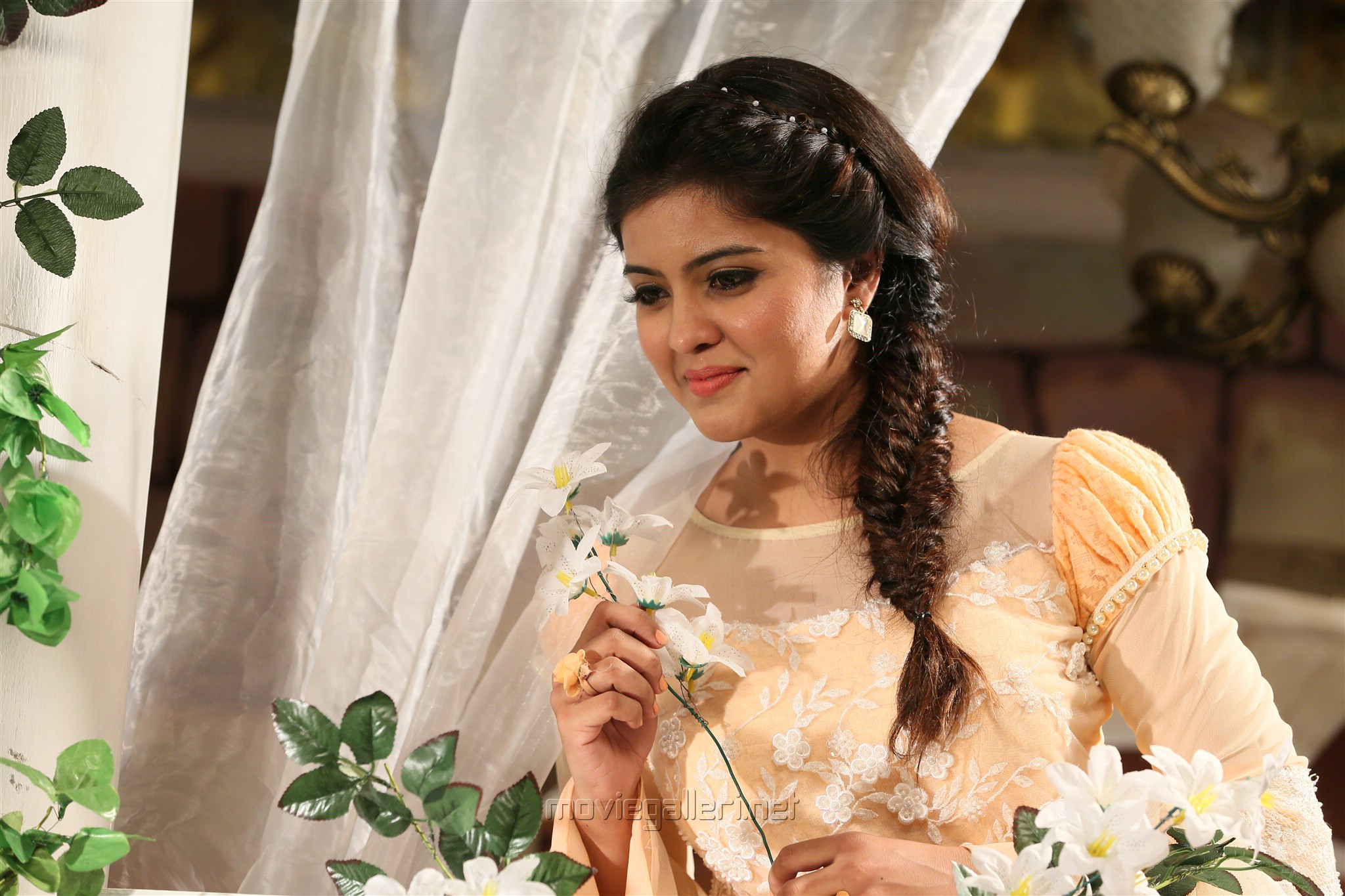 Beyond talents and potentials, there is charisma that instantly lets everyone fall in love or enchanted with. Such illustrations are off rarity and Amritha distinctly becomes one among them. Her promising screen presence and praiseworthy performances in Padai Veeran gave a blunt impression that she might have either hailed from a film family background or at least someone who pursued training in acting school. But Amritha surprises us saying, “I am a graduate of B.Com and am the first generation in cinema from my family. Well, I had no theatre training, but had some short films, advertisements and albums that got me opportunity to play the female lead in Padai Veeran.”

Amritha is so much exhilarated on sharing screen space with Vijay Antony in his upcoming film ‘Kaali’. She says, “I have been a great admirer of Vijay Antony sir’s music and his acting as well. But to see him so much calm and composed in spite of achieving great scales of success is completely astonishing. He is very friendly on the sets and in every shot we performed together; he never missed to compliment my performance. It was a kind of vigorous encouragement to improvise myself for best outputs, particularly during intimate scenes, where I was nervous.

On sharing the experience of working with filmmaker Kiruthiga Udhayanidhi, Amritha says, “Kiruthiga mam chose me to a part of Kaali after seeing me in the lyric video of Padai Veeran. She is such a sweet hearted person. To be precise, I was more comfortable working with a woman director for she helped me a lot in scenes that I wasn’t comfortable with. Her incessant encouragements propelled me to perform better.”

Filled with so much enthusiasms and aspirations to achieve bigger, Amritha says that Simran and Trisha are her role models. “I grew up watching their films and I was highly inspired. Simran madam is such a great actress that she proved her proficiency in every role she performed. Be it her amusing dance, emoting skills or the way she dedicatedly maintained her physique, she is amazing. It’s same with actress Trisha, who has journeyed long years in showbiz and she remains unbeatable at top,” signs off Amritha.