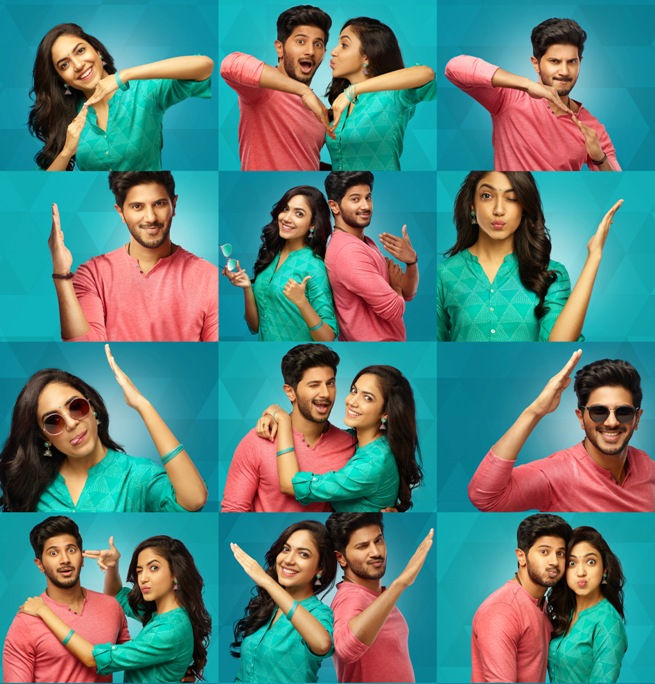 The film directed by Desingh Periyasamy is said to be road move.

Ritu Varma plays the female lead in the flick in which Dulquer will portray the role of an IT professional.

The first look poster looks very youthful and has the lead pair making the heart symbol in different frames.

The poster immediately caught the attention of the youth audience and went viral in the social media.
Shooting for the movie began in November last year.