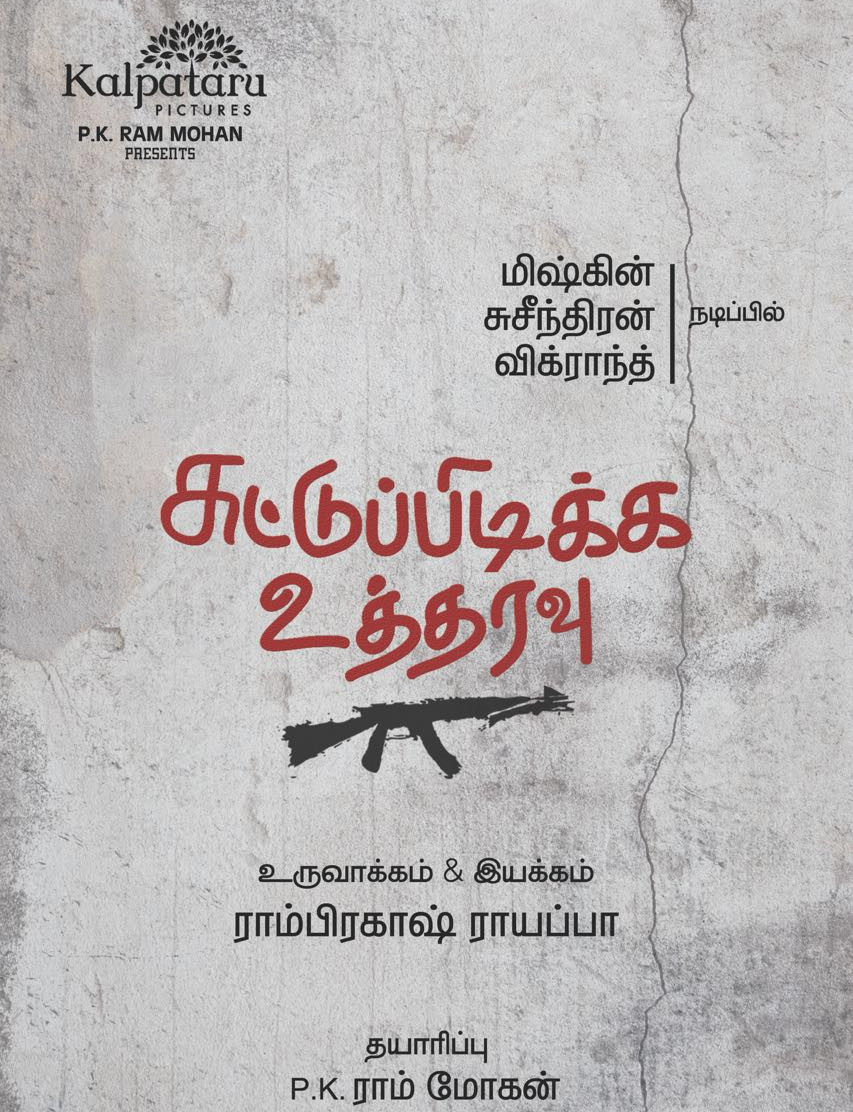 The title of a film should be apt for its story and should attract the audience also. ‘Suttupidikka Uttharavu’ is one such film will be a very catchy title. This big budgeted film with be directed by Ram Prakash Rayappa who earlier delivered a quality hit in ‘Thamizhil en ondrai azhuthavum’. This movie will be produced by P K Ram Mohan of ‘Kalpatharu pictures’ . Director Mysskin and actor Vikranth are roped in to play the lead characters and director Suseendran is all set to play an important character in this movie. The other cast and technicians list will be announced soon. The shooting of the movie will start in January.

“ This movie is about a very serious crime incident that happens when ‘Private security firm’ employees Vikranth and Suseenthiran sir are on duty and the police officer who happens to handle this case is Myskkin sir. This is a very interesting script which will keep the audience in the edge of their seats. The shooting will commence shortly and iam sure the audience will enjoy this edge of the seat thriller“says Director Ram Prakash Rayappa