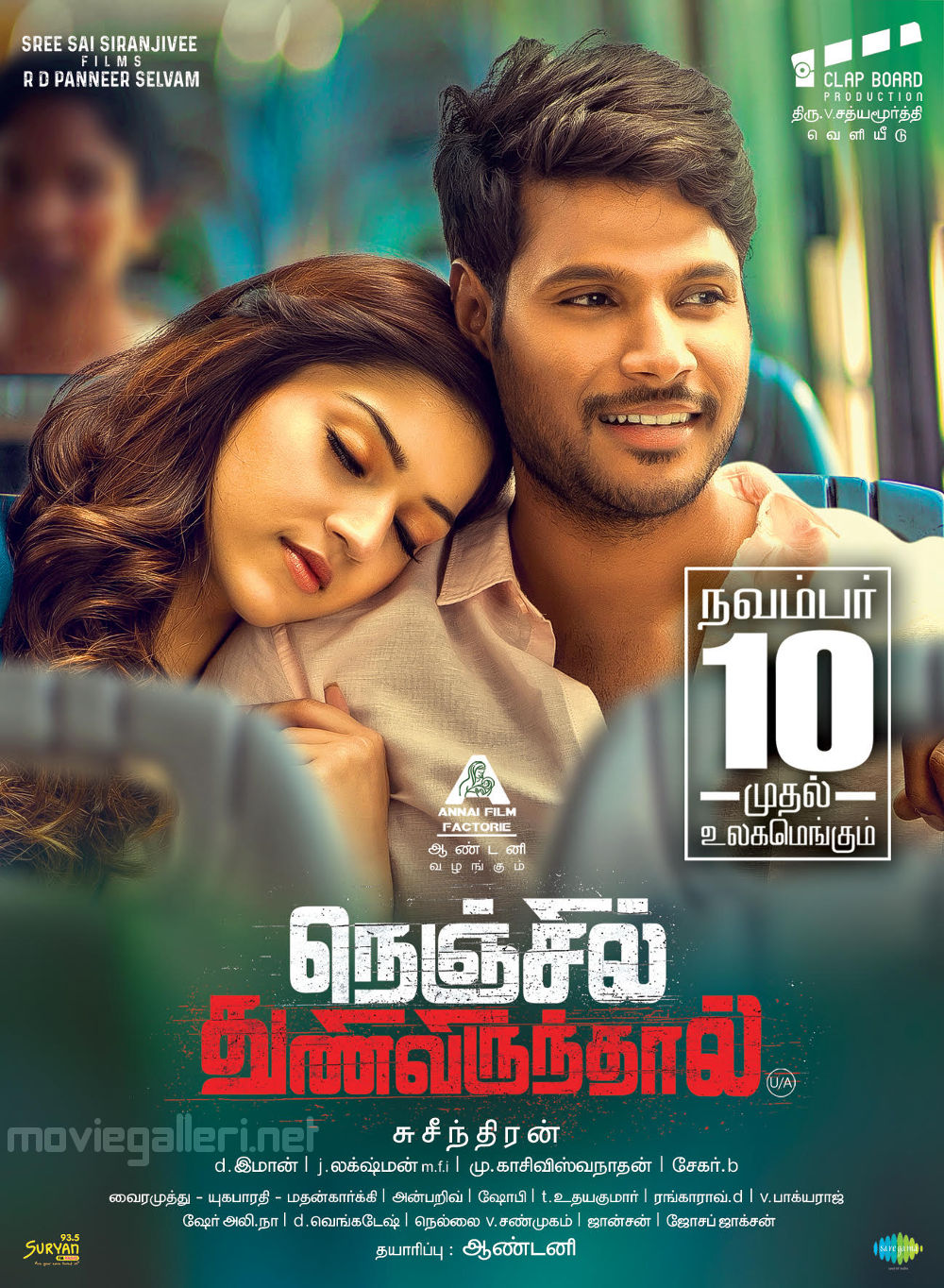 ‘A brave heart always deserves a victory’ is an old saying and it will be once again proved by the upcoming film ‘NENJIL THUNIVIRUDHAAL’. Filmmaking and distribution are the two eyes that decide the victory of a film. In that case, what will be the expectation level of the audience if one of the successful distributors V Sathyamurthi of Clapboard Production buys the rights of one of the finest filmmaker Suseenthiran’s film? The output can be witnessed by the November 10th releasing film ‘Nenjil Thunivirundhaal’. Directed by Suseenthiran and produced by Antony of ‘Annai Film Factories’, the entire Tamilnadu and Puducherry distribution rights have bagged by V Sathyamurthi of ‘Clapboard Production’.

“If filmmaking is an art then Suseenthiran sir is a Picasso in it. Carving a perfect commercial film which is fully packed with social issues is the style of him and I am quite confident that this film will be another masterpiece of Suseenthiran sir. Sundeep Kishan and Vikranth are the two main pillars of our film and I am very sure that ‘Nenjil Thunivirundhaal’ will portray them in a different dimension.

Our Clapboard Production is delighted to buy the entire Tamilnadu and Puducherry distribution rights of Nenjil Thunivirundhaal, and the film will be a visual treat for all sets of audience. ‘If youngsters dare……then there will be a change in the society’ and it will be witnessed by the November 10th releasing film ‘Nenjil Thunivirundhaal” says V Sathyamurthi of ‘Clapboard Production’ in a positive tone.