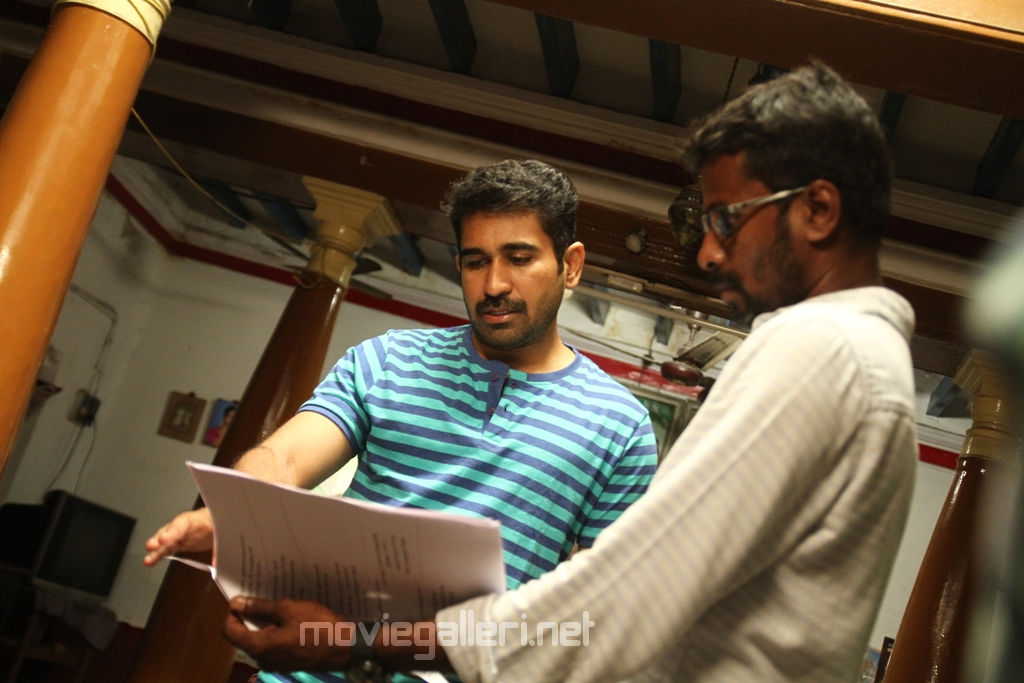 When a director is getting a bankable star, solid support actors and a brilliant technical team for his debut movie itself, that speaks volumes of his efficiency and the strength of the script.

‘Annadurai’ starring Vijay Antony is produced by ‘Vijay Antony Film Corporation’ and Radhikaa Sarathkumar’s ‘R Studios’. This movie is directed by debutant Srinivasan. ‘Annadurai’ is releasing on 30th of November.

“ I am excited as well as nervous. This feel of mixed emotions is what I had waited for so many years. I have not left any stone un turned in my tenure of learning the art of film making. I am proud to do this script as my first movie. I had worked with different directors to learn this art. I learnt ‘Class’ from Vasantha Balan sir, ‘Impactful commercialism’ from Suseendran sir, ‘Humour’ from Boopathy Pandian sir and ‘How to deliver the product in time’ from Ezhil sir. I am thankful to each and every director I worked with and learnt a lot from. For ‘Annadurai’’s script I could not think of anyone else than Vijay Antony sir for this script. His way of being subtle yet powerful is a characteristic not many actors possess. His dedication and involvement for ‘Annadurai’ was simply outstanding. Not just as a lead actor and music director, even as an editor he has done a fabulous job. The support cast and the whole technical team have given their absolute best and the results are very exciting. ‘Annadurai’ is a clean family entertainer which will be as powerful as the title. I am excited about our release on November 30th, the day i have been waiting for all my life “ declared director Srinivasan.