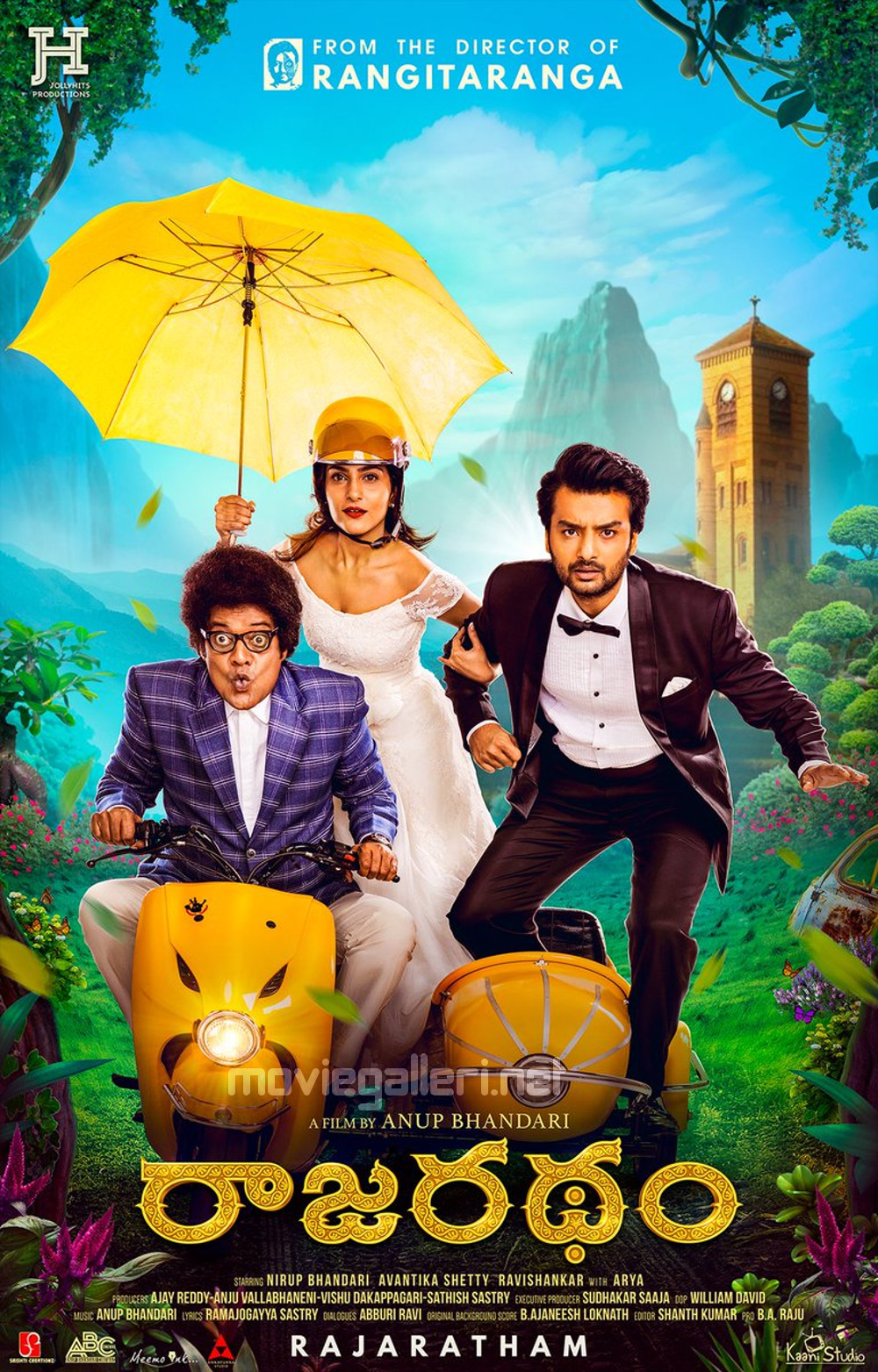 The first look of three important actors of bilingual film written and directed by Anup Bhandari of ‘Rangitaranga’ fame is revealed. Name of the film is ‘Rajaratha’ in Kannada, ‘Rajaratham’ in Telugu, and both versions shot separately. It is produced by Ajay Reddy Gollapalli of Jollyhits Pvt Ltd, an international movie distribution & production company. ‘Rajaratha’ is a romantic comedy with lots of fun and adventure.

Ajay Reddy Gollapalli revealed “When we decided to produce a film, we wanted it to be unique. So we decided to bring in extremely talented writer, director Anup Bhandari, whose previous film ‘Rangitaranga’ was not only was a blockbuster, but also short listed among 305 films for Oscars 2016. We wanted Nirup Bhandari & Avantika Shetty, the successful pair of that blockbuster movie in the lead. In order to make it special we decided to bring in Tamil super star Arya to play a very important character in the film.”

On the occasion of first look poster release, Director Anup Bhandari said ” ‘Rajaratha’ is being made in Kannada & Telugu versions separately. Today we are releasing the first look poster to cine lovers. In this we reveal the looks of hero, heroine and Ravishankar. Other than this the poster highlights the essence of the film”. The first look poster is released on Oct 2nd at 6 PM.

‘Rajaratha’ team has taken all care to make this poster unique. Latest equipments and front ranking bollywood technican like Manish Thakur was involved to usher in quality. Designers ‘Kaani Studios’ have put in their creative efforts to bring the concepts of the director to life.

The stylish look of the poster is evident with Nirup charming in a Tuxedo and Avantika wearing a gown, sporting yellow helmet and yellow umbrella. Ravishankar is seen here in totally new avatar with a unique hairdo and a tweed coat. These stylish costumes are designed by Neetha Shetty.

Poster release has incited chain of action in the ‘Rajaratha’ team. Soon the team is planning to release a solo poster of super star Arya revealing his looks in the film.