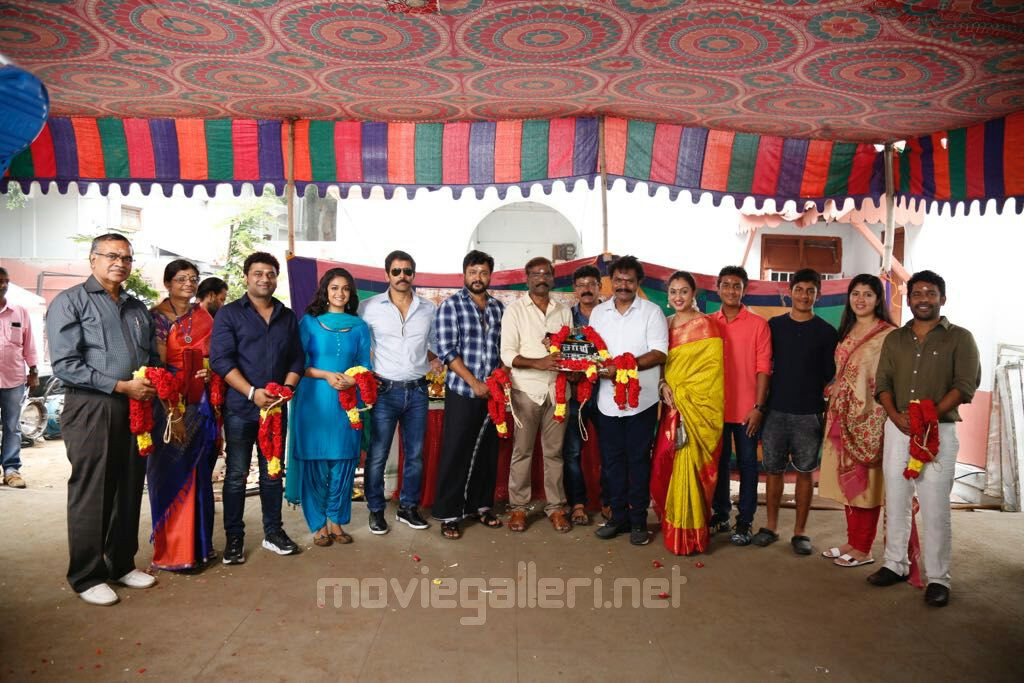 The shooting of Vikram’s next flick Saamy 2, directed by Hari, began with the auspicious puja in Chennai on Saturday.

Vikram, who was shooting for director Gautham Vasudev Menon’s Dhruva Natchathiram in abroad, returned to the city to join the Saamy 2 team.

The announcement of the project was made during the audio launch of Iru Mugan last year.

The movie is a sequel to Saamy which was a blockbuster in 2003. The flick will be produced by Shibu Thameens and will have Trisha and Keerthy Suresh playing the female leads.

Bobby Simha will be the antagonist in the movie. Music is by Devi Sri Prasad.