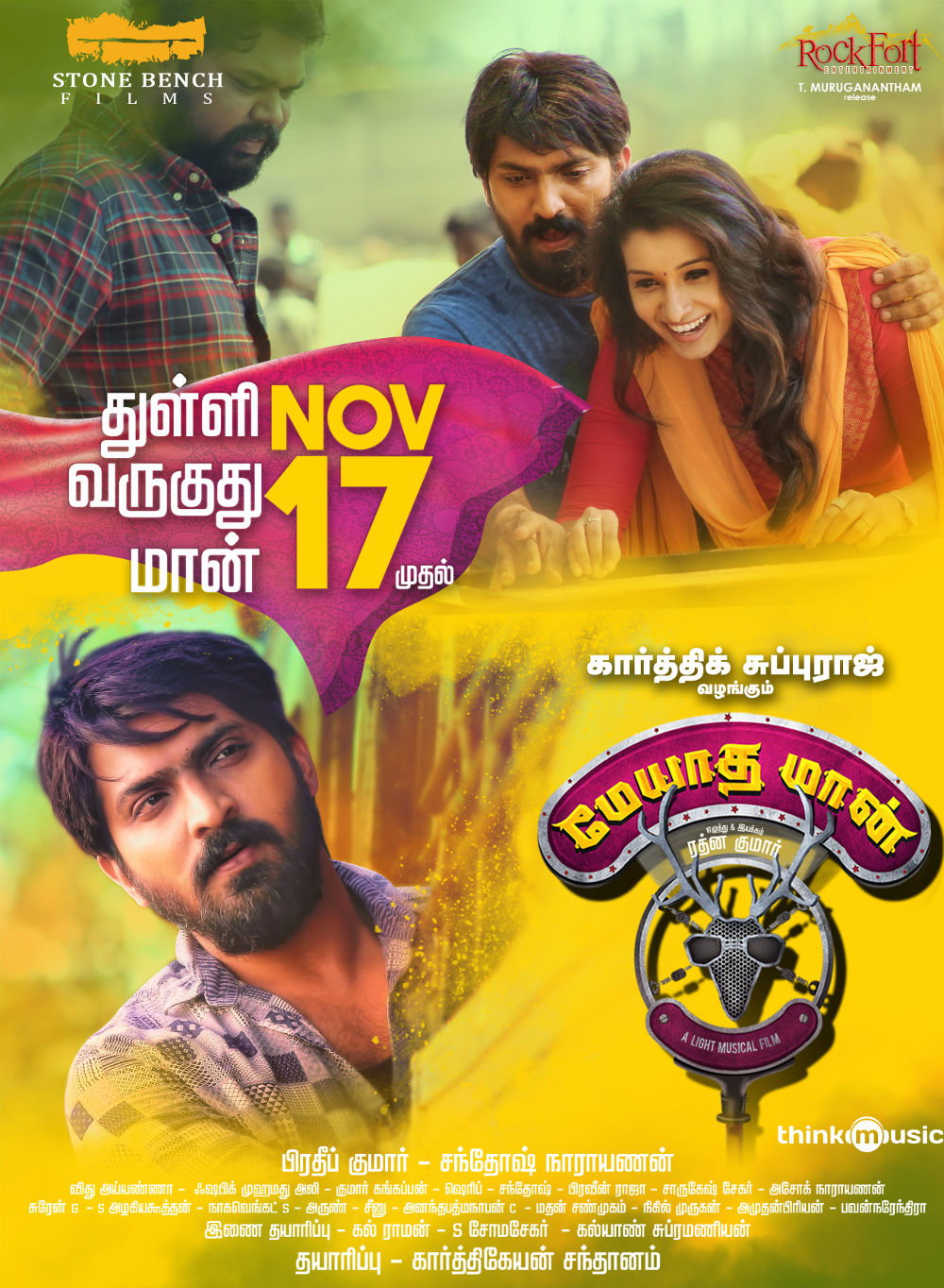 Now the makers of the movie have announced that the flick will be hitting the screens on 17 November.

Making the announcement, Karthik Subbaraj tweeted,’Thulli varuguthu maan from Nov 17th in theaters near you 🙂 Very happy to announce that #MeyaadhaMaan will be releasing on Nov 17th.’

Vaibhav and Priya Bhavani Shankar play the lead roles in the flick, which is directed by debutant Rathnakumar.

Sources reveal that the movie is inspired from short film ‘Madhu’. Music for the flick is by Santhosh Narayanan and Pradeep.