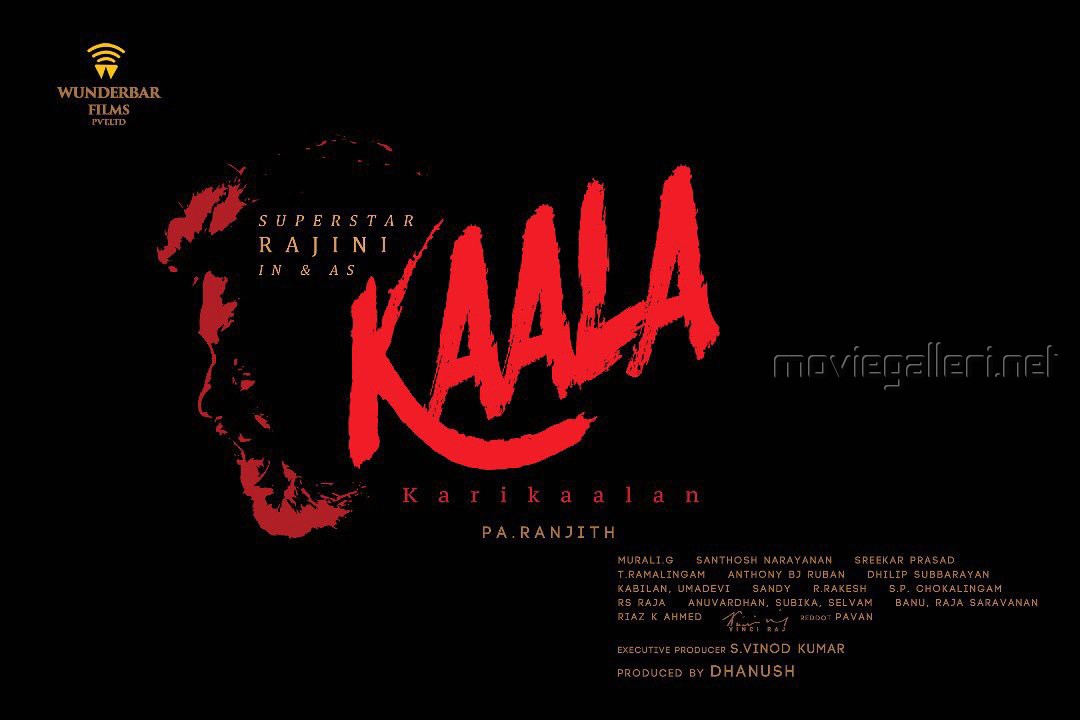 The flick has been titled Kaala with the subtitle Karikalan. The title poster has a black background with the movie name given in a red colour font with the image of the superstar roaring.

Dhanush announced the title with the tagline ‘Wunderbar films presents .. superstar Rajinikanth in and as,’ confirming that the actor will be called as Kaala in the movie.

The word Kaala has different meaning including black, time , destiny, fate or death. However with the pitch black background it can be safely assumed that the title indicates black and the red font of the name may signify revolution.

Kaala may be also the short form of ‘Kalan’ in Karikalan from the subheading, hinting that the actor is deadly to his enemies.

The 164th film of the actor is directed by Pa Ranjith. This will be the second film in this combo after Kabali.

Music of the flick will be Santhosh Narayanan and will have editing by Anthony BJ Rooban.