‘Shekar’, starring Angry Star Rajasekhar as the hero, is being directed by newcomer Lalith. Produced by MLV Satyanarayana, Shivani, Shivathmika and Venkata Srinivas Boggaram on Lakshya Productions and Pegasus Cine Corp, the film bears the caption ‘The Man With The Scar’. On Wednesday, the film resumed its shoot in Araku. With the ongoing schedule, 75% of the production works will be over. 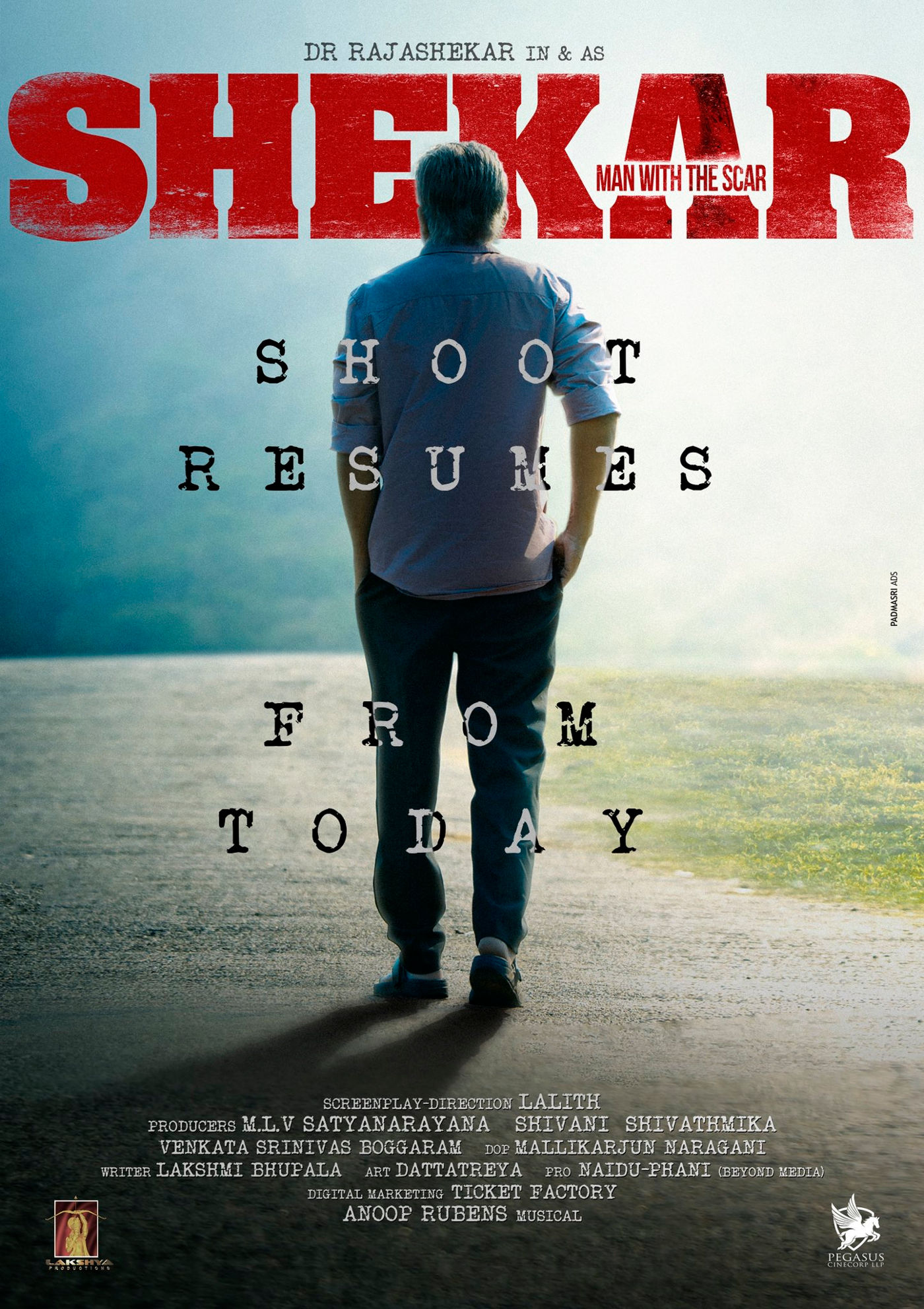 Speaking about the movie, director Lalith said, “Due to the second wave of the coronavirus pandemic, the shoot had to be given a break. In the ongoing Araku schedule, Rajasekhar garu is joined by Anu Sitara and other actors. Crucial scenes will be shot in the schedule. Muskaan Khubchandani of ‘George Reddy’ fame has also been roped in.”

The producers said, “This is Rajasekhar garu’s 91st movie. The Araku schedule will go on for 20 days and will come to an end at the end of this month. Afterward, a five-day schedule will take place in Hyderabad. Another week-long schedule will happen in Srisailam or Nagarjuna Sagar.”