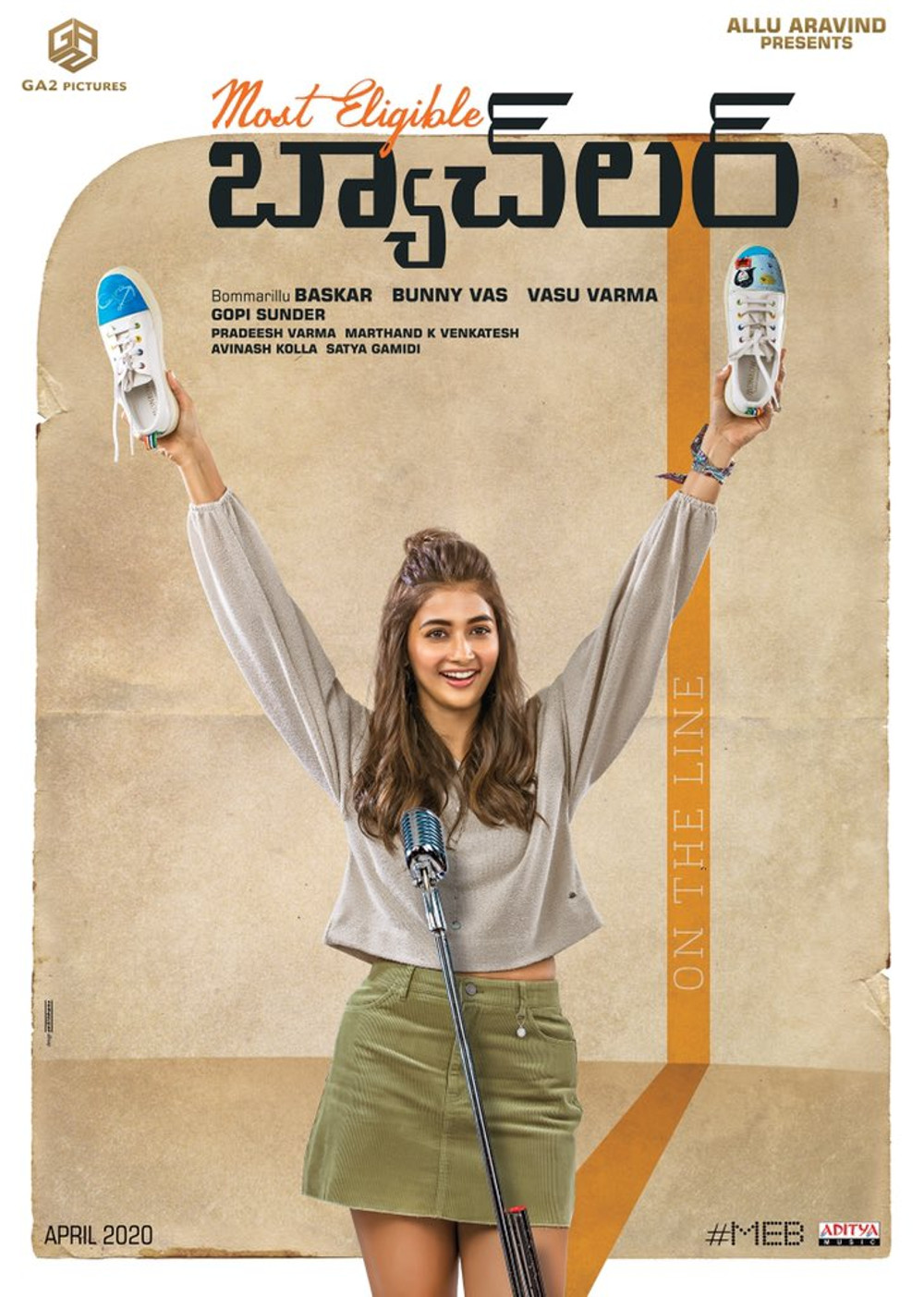 Starring Akhil Akkineni in the lead role, ‘World Famous Lover’ is being presented by Allu Aravind under GA 2 Pictures banner. The second look poster of the film was released today. The film had already garnered good buzz after the title was unveiled and the first look later was released.

Now, the second step, which happens to be Pooja Hegde’s first look poster has attained similar attention. The makers have been releasing the posters of the film with names like first step, and second step, which is building more curiosity amongst the audience.

They have been getting a great response from media and social media alike. The fact that ‘Most Eligible Bachelor’ has been trending on social media platforms proves the same. The film might well turn out to be the biggest asset of Akhil Akkineni’s career. The unit has been saying that the storyline of the film, which was developed by Bommarillu Bhaskar, is very gripping and it will definitely connect well with the audience post the release.

Also, Bunny Vas, who previously bankrolled films like ‘Bhale Bhale Bhale Magadivoi’, ‘Prati Roju Pandage’, and ‘Geetha Govindam’, which turned out to be the biggest grossers of the respective heroes’ careers, is producing ‘Most Eligible Bachelor’ now. He is paying special attention to the film. Gopi Sunder is scoring the tunes for the film and the album will be out soon. The film will be out this April.