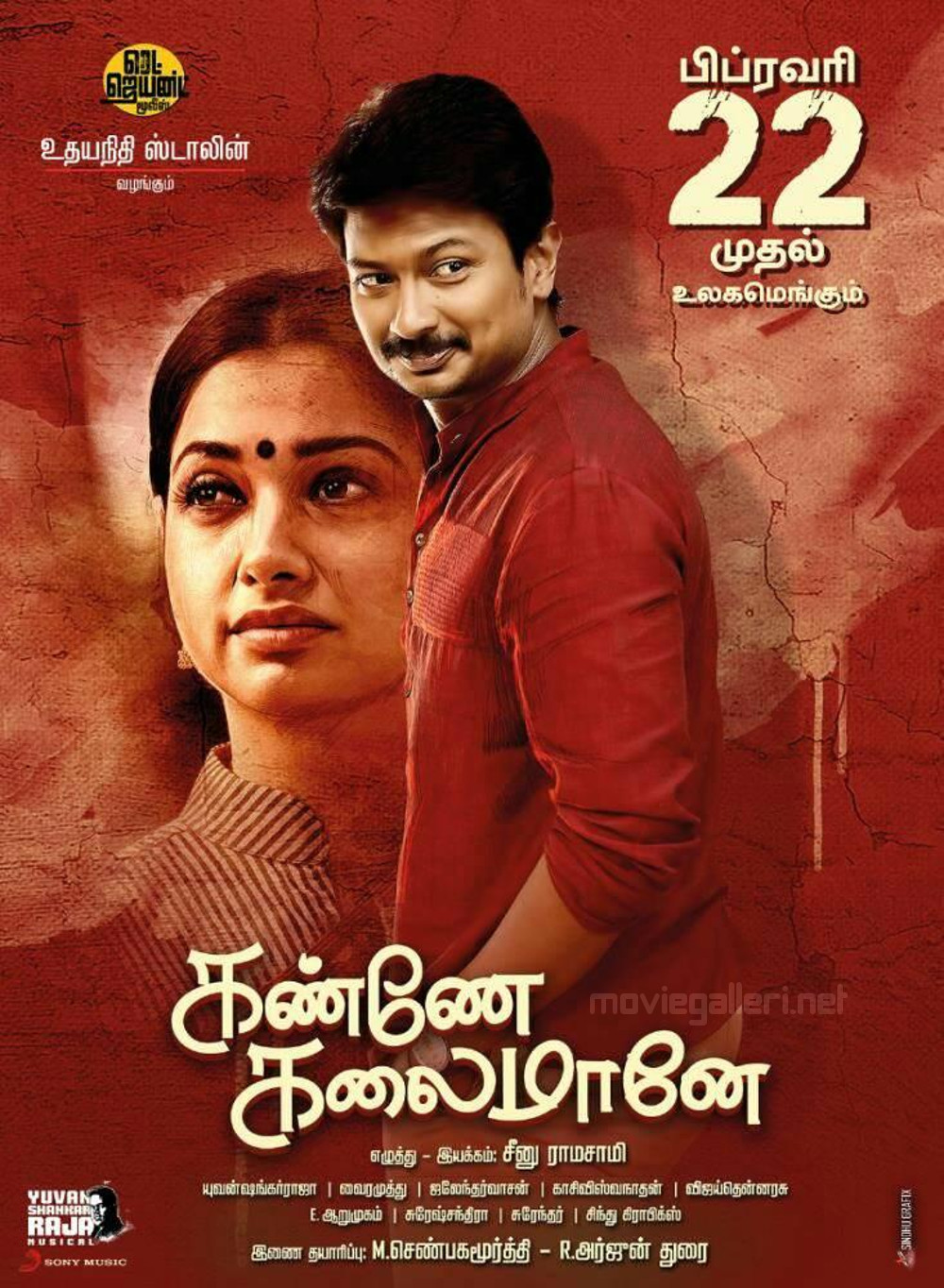 As a producer and actor, Udhayanidhi Stalin is on cloud nine as his upcoming film ‘Kanne Kalaimaane’ has finally got its affirmation of release for February 22. The film’s trailer and songs have already won the special interests of universal audiences and he feels so much happy about.

“Just as the title ‘Kanne Kalaimaane’ goes, I feel many have treated this film as an endeared one,” smilingly says actor-producer Udhayanidhi Stalin, who feels that all credit goes to filmmaker Seenu Ramasamy. “Of course, he is the man behind such attractions. Although we have come across many films based on nativities, Seenu Ramasamy sir has always chosen unique story premises. His wizardry in creating characters and the conflicts they encounter have appealed to the universal audiences for real-life reflections.” He continues to speak about the filmmaker with a blend of reality and fun saying, “Even if I am not a part of Seenu sir’s movies in future, I would like to be the first one to listen to his scripts. This, itself is a beautiful process as he slowly commutes us into his world of story, characters and drama, which gives a wholesome experience of having travelled with them.”

Looking back into the inception point of Kanne Kalaimaane, Udhayanidhi Stalin recollects saying, “Initially, Seenu Ramasamy sir had narrated a different script to me, which actually the protagonist’s role demanding a herculean physique. Both of us personally felt that it would sumptuously take around 4-5 months to gain that look. More than me, Seenu sir has always been a perfectionist who doesn’t compromise so easily on anything. Since, we had to kick-start the project at the earliest due to other factors, he narrated me the script of Kanne Kalaimaane, which imparted a lease of confidence that it will definitely stand out to be a special film for me.”

Udhayanidhi Stalin claims that working with Tamannaah was a challenging process for she is a one-take artist now. “Yes, there are lots of emotional scenes in the film, which was easily performed by Tamannaah. Maybe, she was already used to the school syllabus of Seenu Ramasamy and I was like awestruck looking at how she managed to nail it down in single-takes during many times.”

On many claims about ‘Kanne Kalaimaane’ being categorized as a film based on ‘Agriculture and its crisis’, Udhayanidhi Stalin clarifies, “The protagonist in this film is a farmer who believes in organic farming or else, there is nothing to do much with it. The film is about what happens couple of good-hearted people leading a honest life come across each other. In simple words, Kanne Kalaimaane is a film about humanity and relationships.”

Produced by Udhayanidhi Stalin for Red Giant Movies, the film has musical score by Yuvan Shankar Raja and cinematography handled by NK Ekambaram.