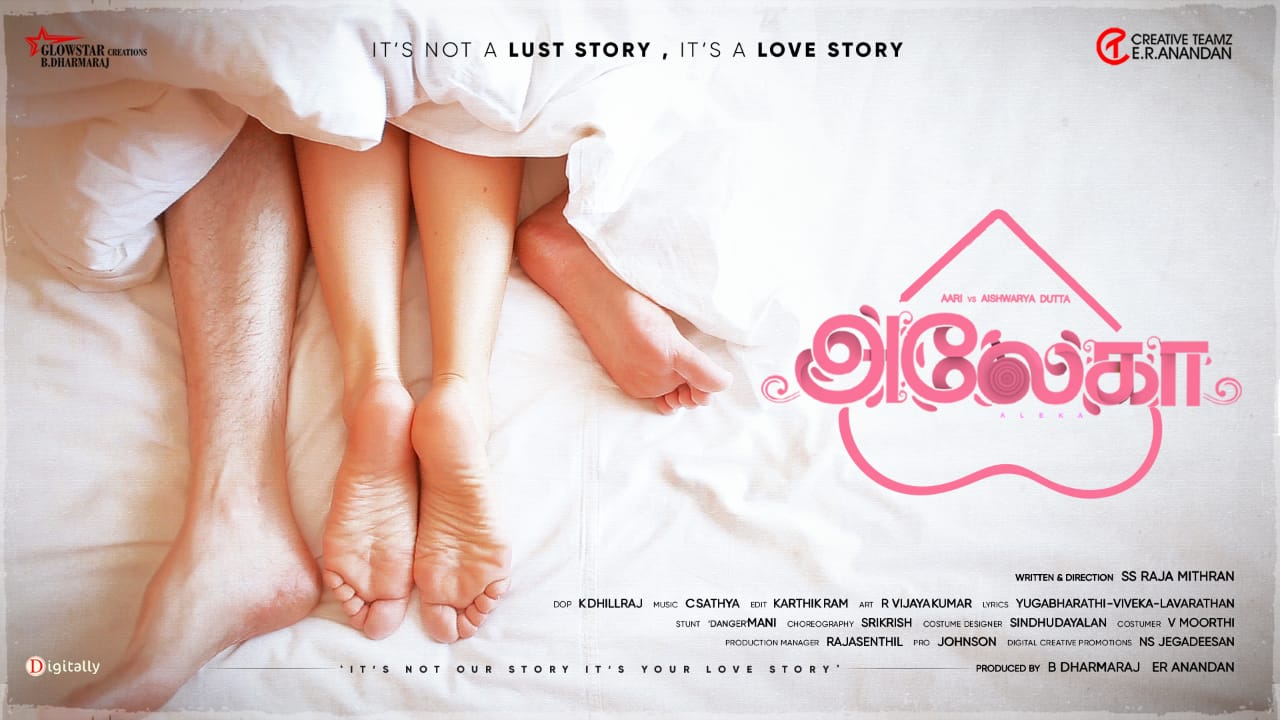 Actor Aari has significantly been a part of movies that has showcased love and relationship in different dimensions irrespective of genres. Be it a breezy Rom-Com like ‘Maalai Pozhudhin Mayakathilaey’ or a rustic story like ‘Nedunchaalai’, the romantic quotients has been incredibly at its best. After experimenting with different genres, he is back with the full-fledged love story in ‘ALEKA’. The film has raised the curiosity levels from the word ‘Go’, where it even became popular for being the first ever movie to have the promotional video unveiled on the crowded digital platform of TikTok. Moreover, with the tagline ‘Love Vs Love’ kindling the expectations on what’s special about the film, the first look arrives today that actually marks couple of special occasions. Of course, it’s season of Valentine (February 14)and other one being Actor Aari’s birthday that was celebrated yesterday (February 12).

The Birthday Boy Aari says, “Valentine Day has become a vital part in my life from childhood for it is exactly 2 days before my Birthday.., Of course, Love is inevitable and unavoidable in everyone’s life. I feel this birthday to be more special as I am working on a beautiful love story ‘ALEKA’.”

While the actor had earlier mentioned earlier that gone are those days where Love had major challenges like Religion, Caste and Status, the current generation has ‘Love’ itself as a dispute. Furthermore, the tagline in first look that reads – This is not our Love Story, but your Love Story grabs our attention. “This is what the film is all about. It’s a much realistic love story everyone can relate and reflect with,” says Aari.

Being the voice of many social issues, the first look of this film paves way for assumptions and doubts wither Actor Aari is getting into zones of commercial benefits. He clarifies simple words saying, “Aleka isn’t a film about lust, but Love. To be precise, it’s glorification of pure love. This film doesn’t have any wrong or bad motives to convey, but instead holds a theme involving social welfare. I am sure, everyone will understand this after watching the film.”

Having something special to say for this Valentine, he sums up saying, “When Health fades, Happiness is lost, When Love fades, Life is lost. So fall in love and experience happiness every moment.”

ALEKA is jointly produced by Glowstar Creations B. Dharmaraj and Creative Teamz E.R. Anandan and is directed by S.S. Raja Mithran of ‘Ayyanar’ fame. C Sathya (Music), Dhill Raj (Cinematography). Karthik Ram (Editor) and Yugabharathi-Viveka- Lavarathan (Lyrics) are the technicians in the film. 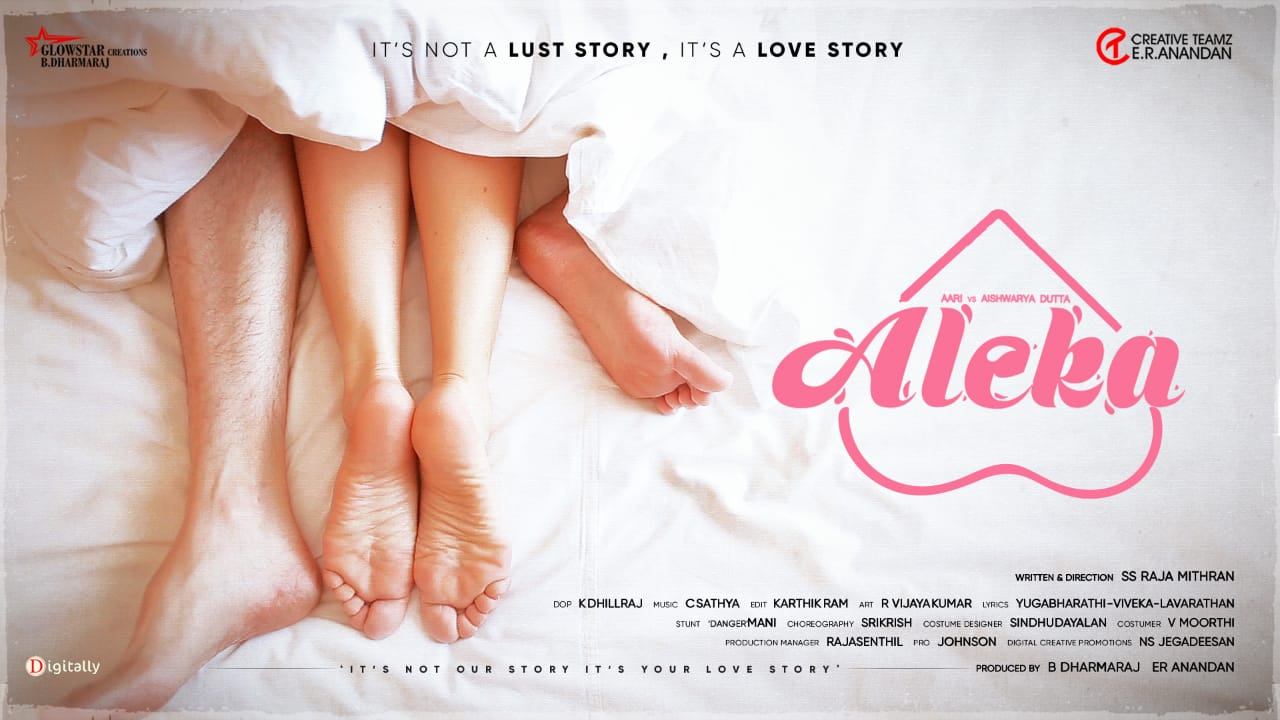