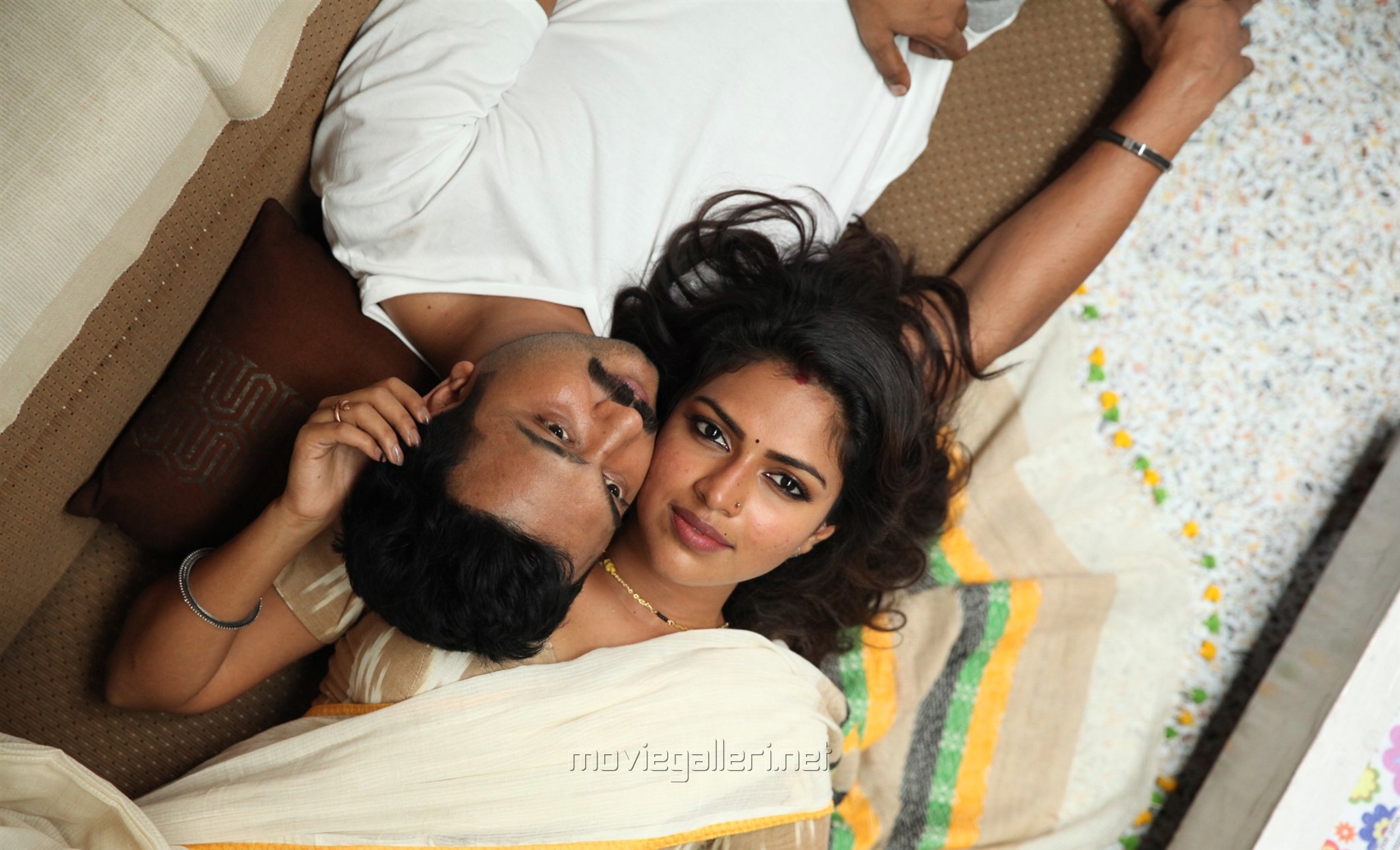 Bobby Simha is a honest cop who is entrusted with the job of tapping phone calls of celebrities and politicians.

After being transferred a few times, he resorts to extort money by overhearing the calls and blackmailing the person.

During one such incidence, he overhears the conversation of his wife Amala Paul with a stranger played by Prasanna.

Prasanna who initially talks to Amala as a friend later starts sharing personal details. At one point he aks her to sleep with him.

Realising the intentions of Prasanna, Amala distances herself from him. However, he continues to blackmail her.

Bobby Simha overhears one of their conversations and sends the police to punish Prasanna. This does not go down well as Prasanna, who starts collecting information about the wrong doings of Bobby Simha to expose his other side.

This leads to cat and mouse chase between Bobby Simha and Prasanna. Who wins in the fight and what happens to Amala forms the rest of the story.

Director Susi Ganesan has taken up a sensitive subject of how social media has affected personal life and has presented it neatly for the viewers to understand. Instead of the usual hero-villain style, the director has portrayed the bad sides of both the lead actors with equal importance to both the characters.

Both Bobby Simha and Prasanna have given their best in the movie and it reflects in every frame.

Amala Paul has a bold character to play and has portrayed it with ease and has delivered the emotion that is required in each and every scene.

Vidyasagar’s music has given life to the movie and keeps the audience engaged. On the flip side, the movie sets up well in the first half. But it becomes predictable in the second half.

On the whole, Thiruttu Payalae 2 is a content driven movie which has some good performances.