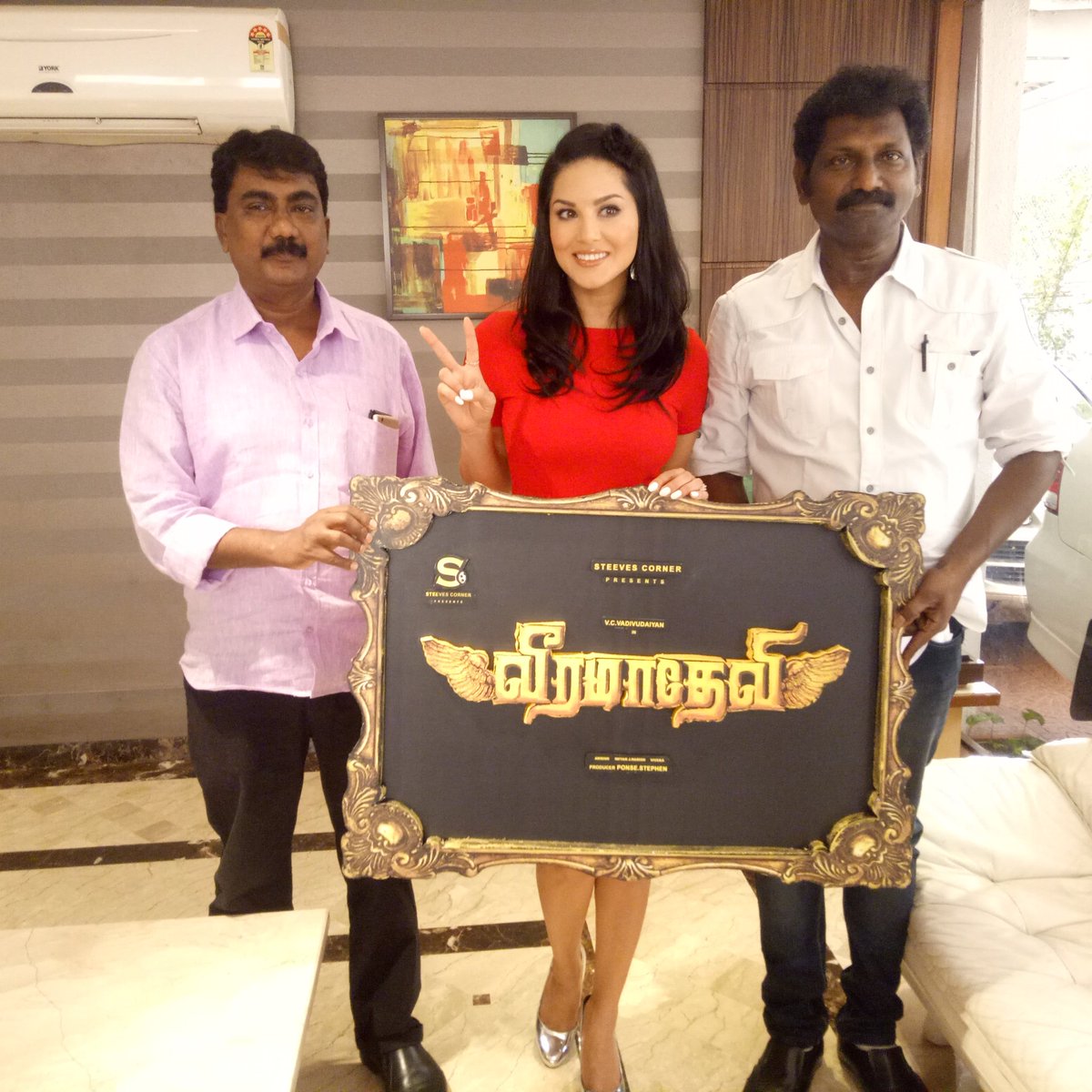 The news that Glamour queen Sunny Leone is playing the lead in a period war film has already created a huge buzz and expectation among the audience. The contest where anyone who guess this movie’s name will get an opportunity to meet and take selfie with Sunny Leone, also became viral in the social media. Yesterday #Sunnyleoneinsouth was trending in India yesterday. Lakhs of fans took part in this contest.

The makers have announced that ‘Veeramadevi’ as the title. It must be noted that the title is the name of a historic warrior of South India. Sunny Leone will reprise this iconic character in this movie. Since this is going to be a war movie she is taking special training in war stunts. She has given a bulk of 150 days call sheet for this movie which will be done in Tamil, Telugu, Malayalam and Hindi. V C Vadivudayan is the director of this movie , while Stephen Ponse is producing this movie on behalf of ‘ Steeves Corner’ . The music of this movie is done by Ambrish, cinematography is done by Iniyan Harris. This movie is planned to be made in a very large scale and many lavish and grand sets are to be erected”.