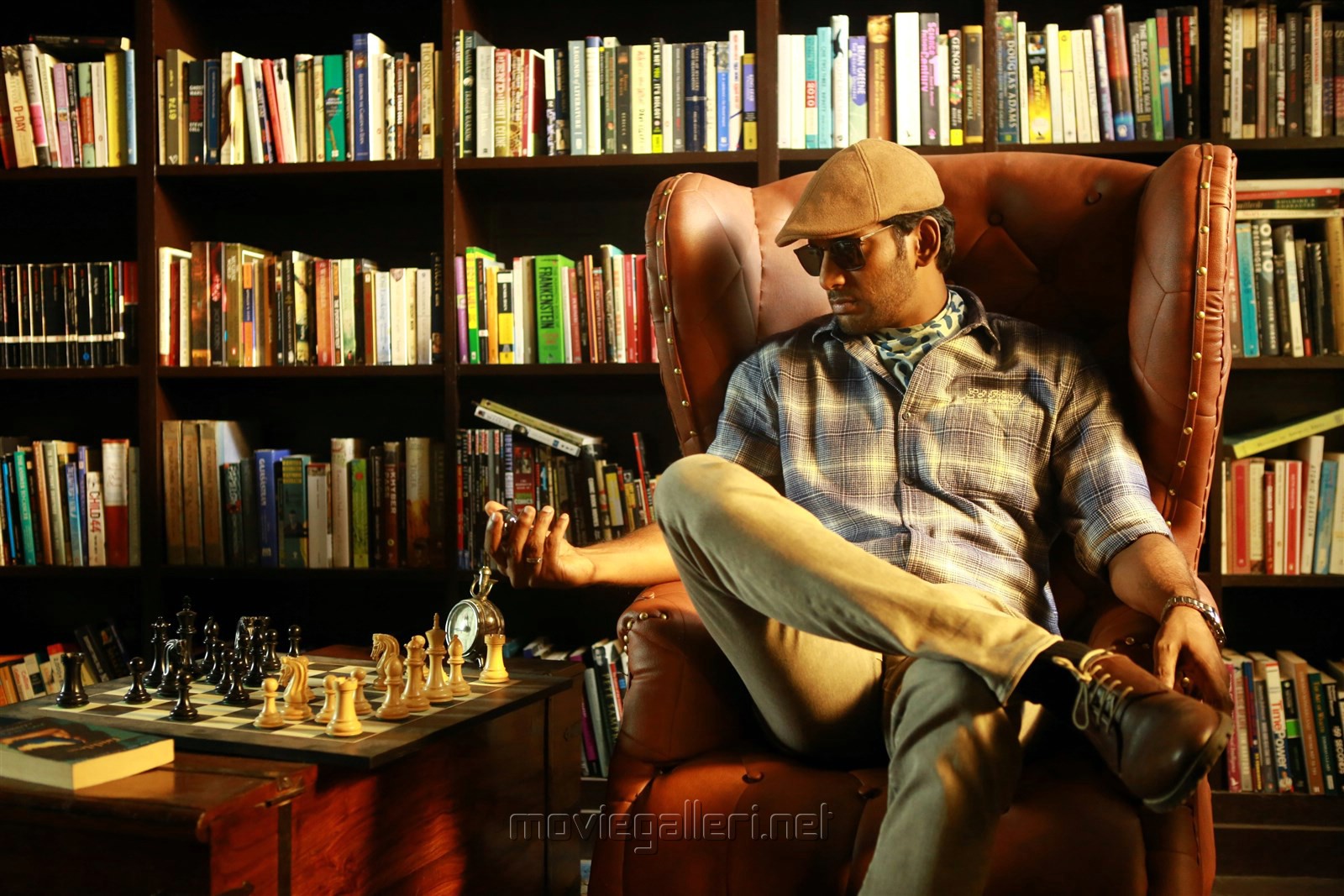 Vishal is an eccentric detective who is desperate for a case. He finally decides to investigate a case which he feels will test his abilities. It involves a dead canine and its missing tooth.

The investigation leads to a death which unfolds to a sequence of suspense-filled moments in the movie.

Now we do not want to reveal much about the script and break the suspense.

Getting in to the characters, Vishal as the eccentric detective has nailed the role, though we are reminded of Sherlock Holmes. He has used his unique style and body language to differentiate himself.

He has outdone himself in the action sequences and the places where he solves the puzzles and breaks the suspense.

Prasanna who comes throughout the movie with Vishal as his friend has a solid role to play and has excelled in it.

Mysskin has given an interesting crime thriller in his own style with emotions and without loosing his trademark fight sequences which do not involve the breaking of furnitures.

Arrol Corelli’s background score adds to the mood of the movie and the violin used in various places is the highlight.

The movie has all the thriller elements. However at times it feels a little blunt.

To sum it up, Thupparivalan is a crime investigation thriller to suit the local audience