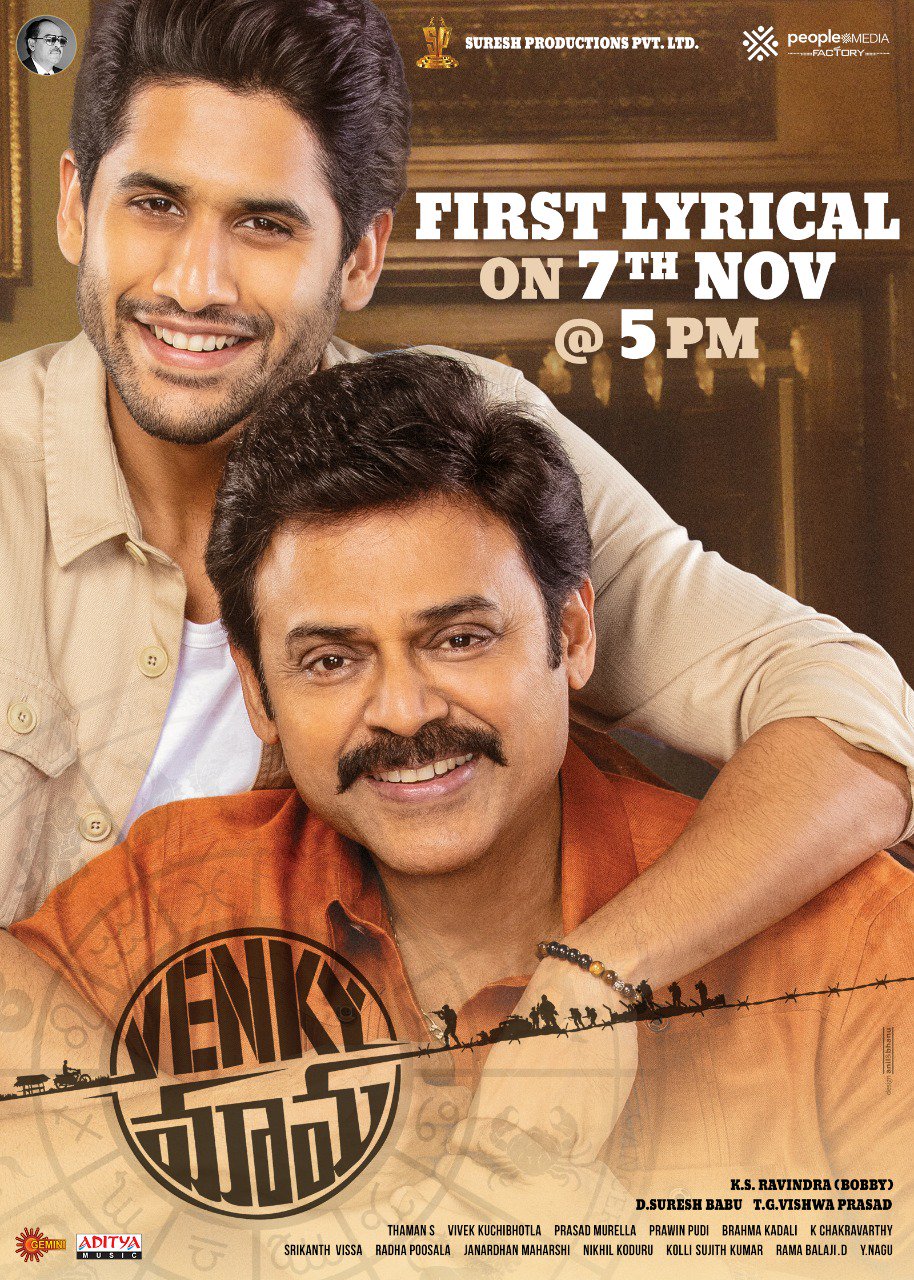 The film ‘Venky Mama’ is the first combination of Daggubati and Akkineni heroes. Venkatesh and Naga Chaitanya are playing the male lead roles.

This film’s musical promotions are going to begin with the first lyrical video will be out tomorrow i.e, on November 7th.

The first glimpse of the film was unveiled for Dussehra festival and got a tremendous response.

Raashi Khanna and Paayal Rajput are female leads in this typical entertainer.