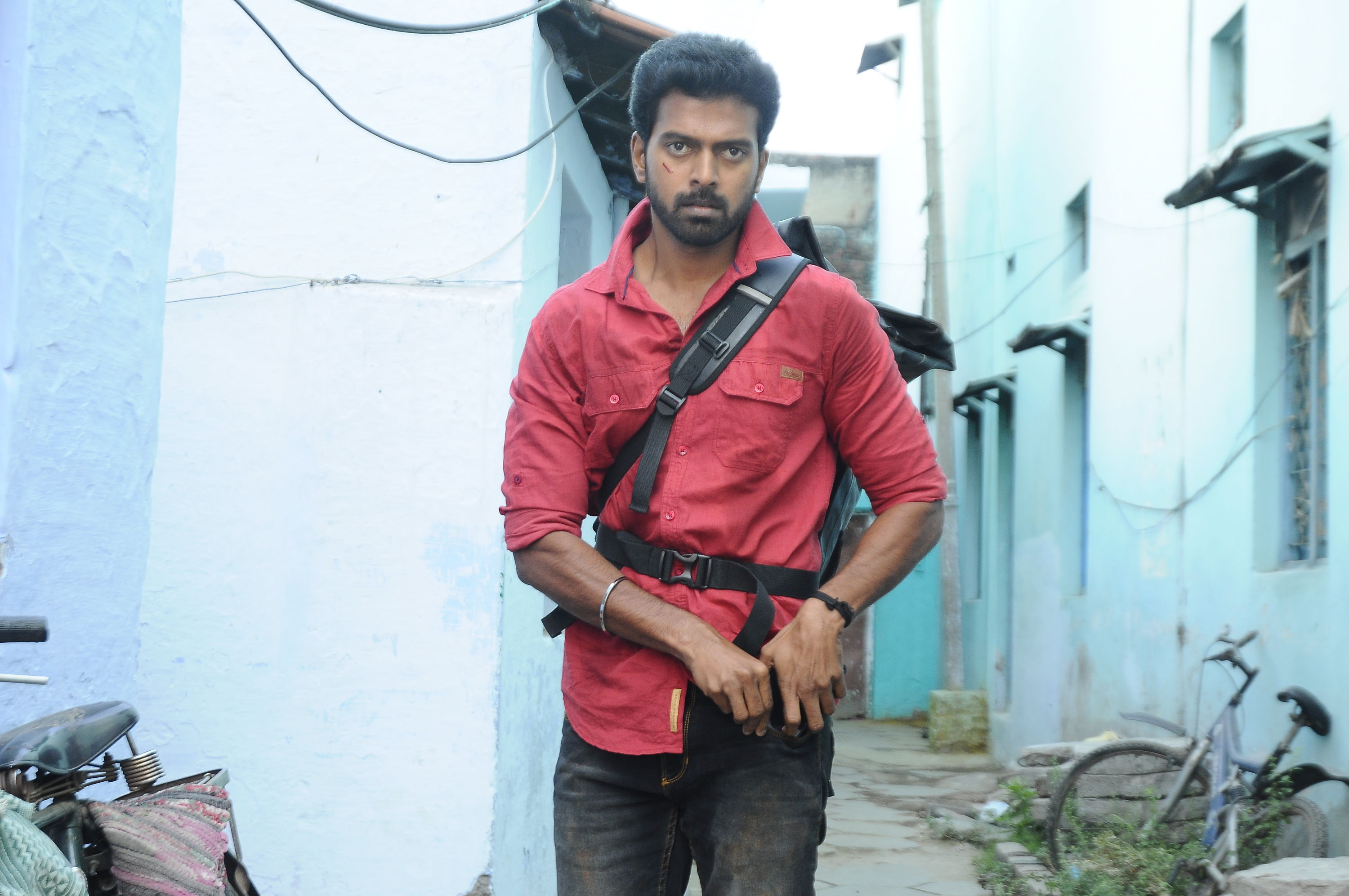 Etching a great mark of accomplishment through his performance in ‘Pandiya Nadu’, actor Vikranth’s career graph has found itself scaling decent heights with each film. The intense roles and scripts have been nurturing his career graph and his upcoming film ‘Suttu Pidikka Utharavu’ is no exception. His portions in the film’s visual promos have spread out the larger lease of confidence among the audiences that he has something different and unique to deliver here.

So what actually acquired his interest to be a part of this film? Ask Vikranth and he says, “Frankly speaking, I didn’t want to be a part of this film at first. When director Ramprakash Rayappa informed me that it’s a multi-starrer project, I wanted to skip it as my previous ones to have been on the same pattern. Moreover, when I had movies like “Bakrid”, which is establishing me in a solo lead role, I had the reluctant mindset to take up this offer. However, when Ramprakash made a request at least to listen the script, I decided to give a try. In 10 minutes of narration, I was completely awestruck by the way how he narrated and shaped my character. Well, I had no options, but to get onboard.”

Soon after viewing the trailer, we have a strong curiosity tagged to Vikranth’s role as it remains veiled. He says, “My role has everything amalgamated for it involves emotions, suspense an action. Usually, thriller movies are bounded to the formulae of making everyone stay with guesses for a while. In contrast, Suttu Pidikka Utharavu will have a straight story without such aspects and yet, the thrill elements will be retained throughout the story.” Having said this, it’s really exciting to see the actor perform so many breathtaking action sequences.”The actual truth is that it was hugely challenging as I am someone, who gets dizziness at heights. SPU is a film that has major stunts happening on building tops and it was really a tough task to accomplish,” smilingly says Vikranth.