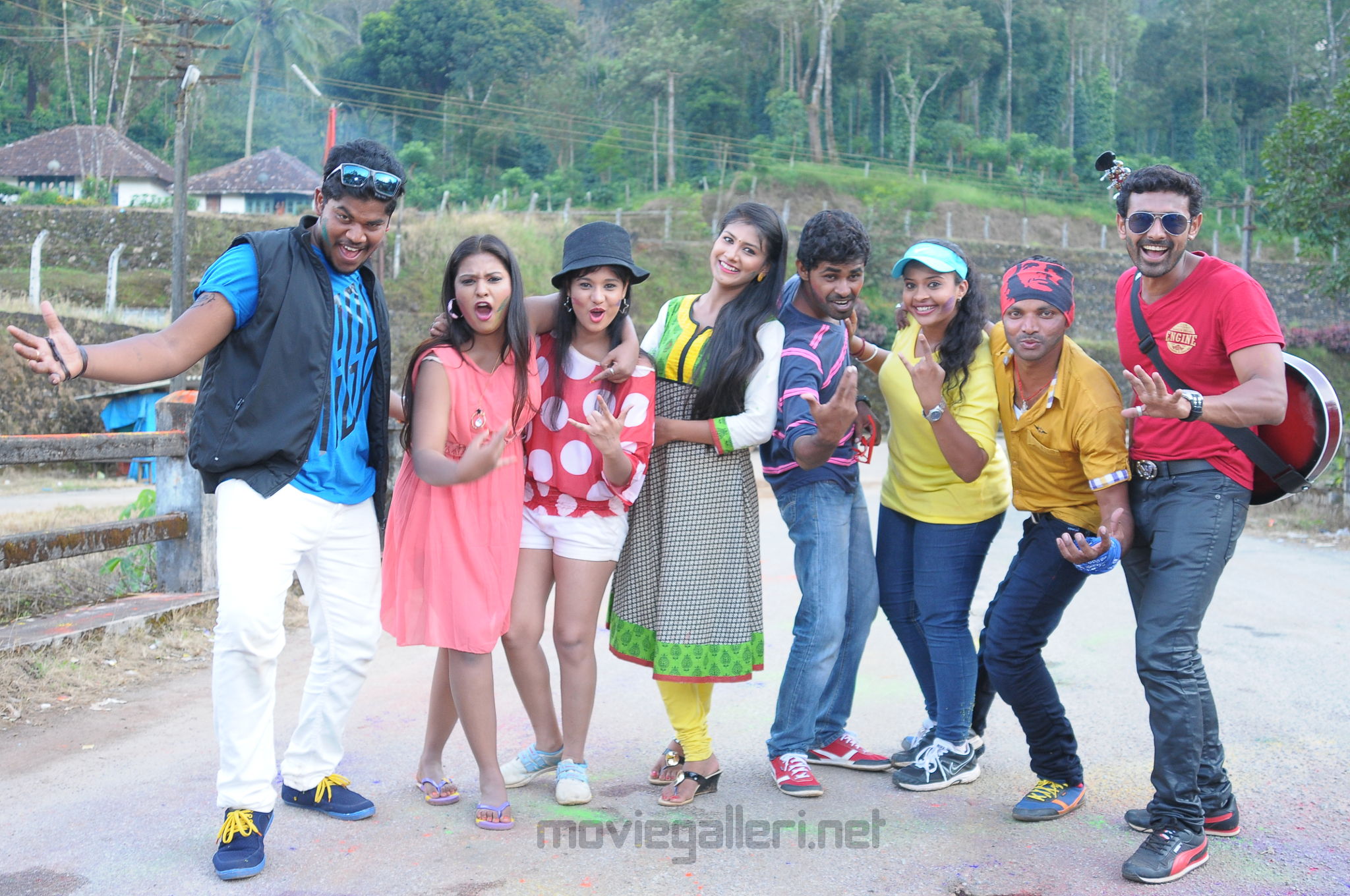 Santhoshathil Kalavaram is a movie about the battle between good and evil forces. Eight friends from the same college go on a tour to celebrate the birthday of a student at a cottage in a jungle.

While two of them are together, the other three men in the group try to have sex with the girls on whom each has an eye on.

Coming to know about their intention, the couple try to foil the plan of their friends by trying to scare them as ghosts. However, what they do not realise is that there is an actual ghost in the cottage which is waiting to take revenge on one person from the group.

There is also Venu, who accompanies his friends. Venu is shown as someone with positive energy. Is the ghost able to take its revenge, what role has Venu in the plot form the rest.

All the newcomers in the movie have acted well and special mention has to be made about Venu who keeps calm throughout the movie and gets under the skin of his character.

Ravi Mariya as the ghost has very little to do and his character could have been sketched better. Director Kranthi Prasad has taken up a normal revenge ghost story and has added the role of cosmic rays and its effects and has opened a new dimension in the genre.

Though the movie has a good plot, the screenplay at times feel flat and could have been better. However, Kranthi should be appreciated for opening up a new dimension which might be utilised in a better way in the future.

Music by Sivanag has done justice to the genre and adds eeriness to the flick. Cinematography by Paulius Kontijevas (USA), Harrisen Logan Howes(USA), Sravan Kumar has captured the forest and cottage in a beautiful manner.