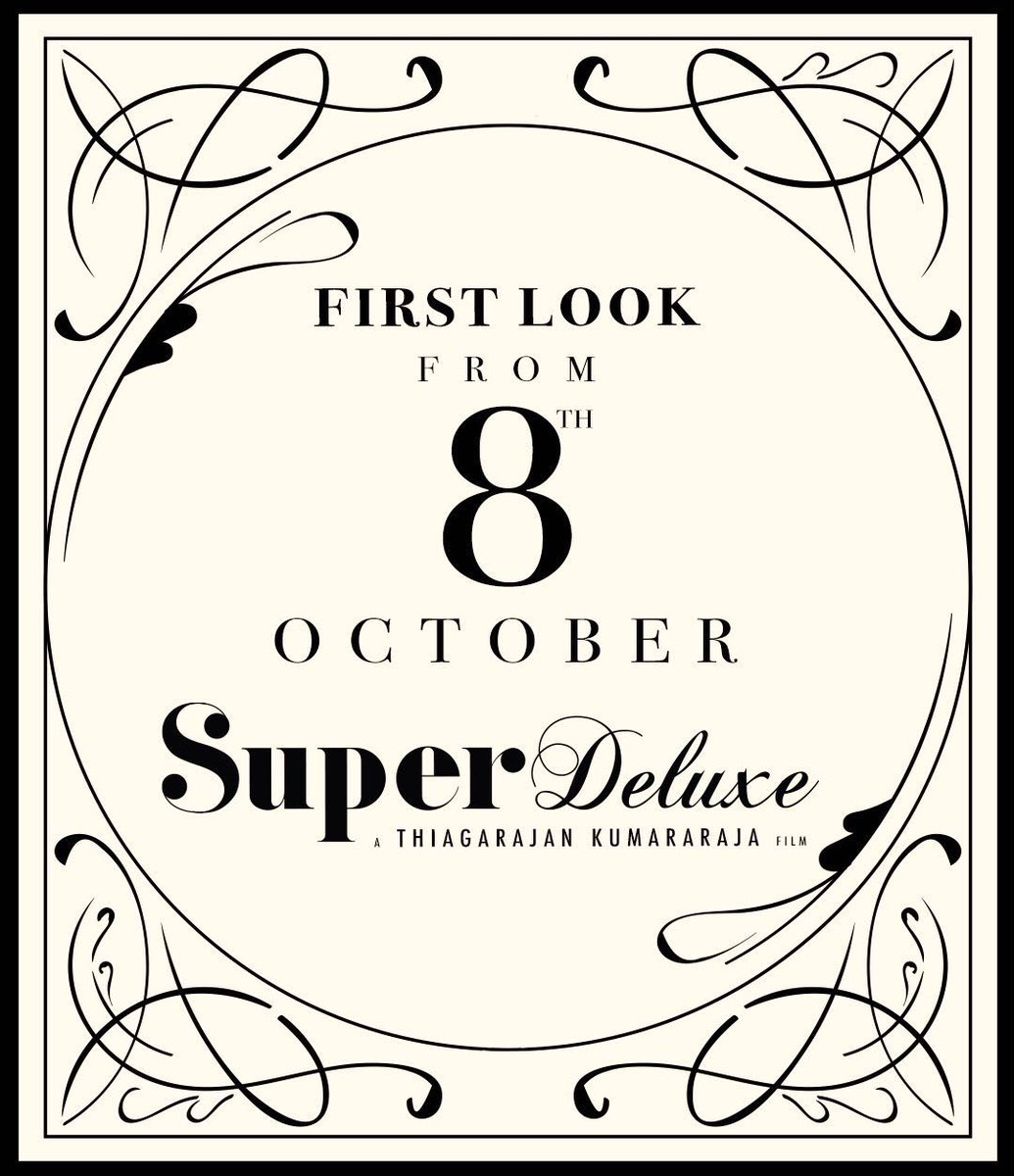 Vijay Sethupathi is riding high on the success of CCV and 96. Now he has given an important update about his next flick.

The versatile actor plays a transgender named Shilpa in Thiagarajan Kumararaja upcoming flick Super Deluxe. The project which created huge expectation among the audience even before going on the floors created higher hype with the first look poster.

Now the actor has tweeted that the first look poster of the movie will be released on 8 October. Samantha plays an important role in the flick

Fahad Fazil plays an important role in the movie. This will be the second flick for Thiagarajan after his super hit movie Aaranya Kaandam. Music for the movie is by Yuvan Shankar Raja and camera by PS Vinod.