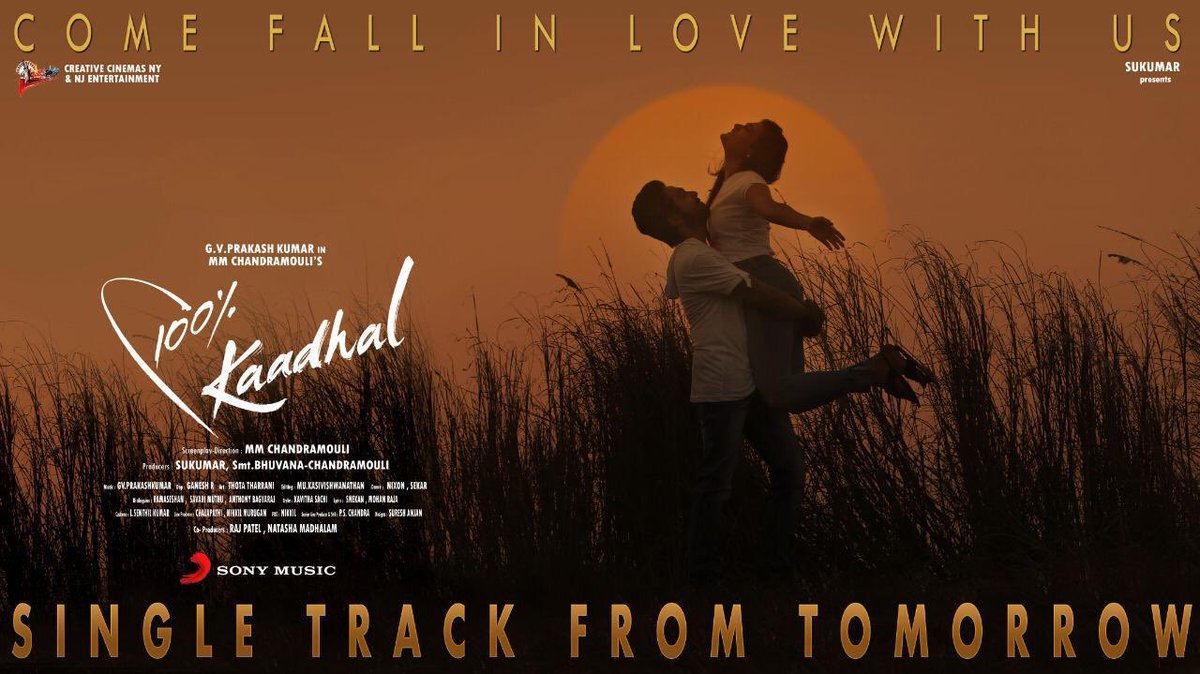 The shooting of G V Prakash Kumar’s upcoming flick 100% Kaadhal was wrapped up recently. The flick is the remake of the 2011 Telugu film 100% Love.

Shalini Pandey of Arjun Reddy fame plays the female lead for the flick. Directed by MM Chandramouli, GVP has also scored the music for the movie, besides playing the lead role.

Now the latest update is that first single from the movie will be released tomorrow at 9 am. The teaser of the film was released recently and got the attention of the audience.

Cinematography will be by Budlee and Thota Tharani is the art director of the flick.