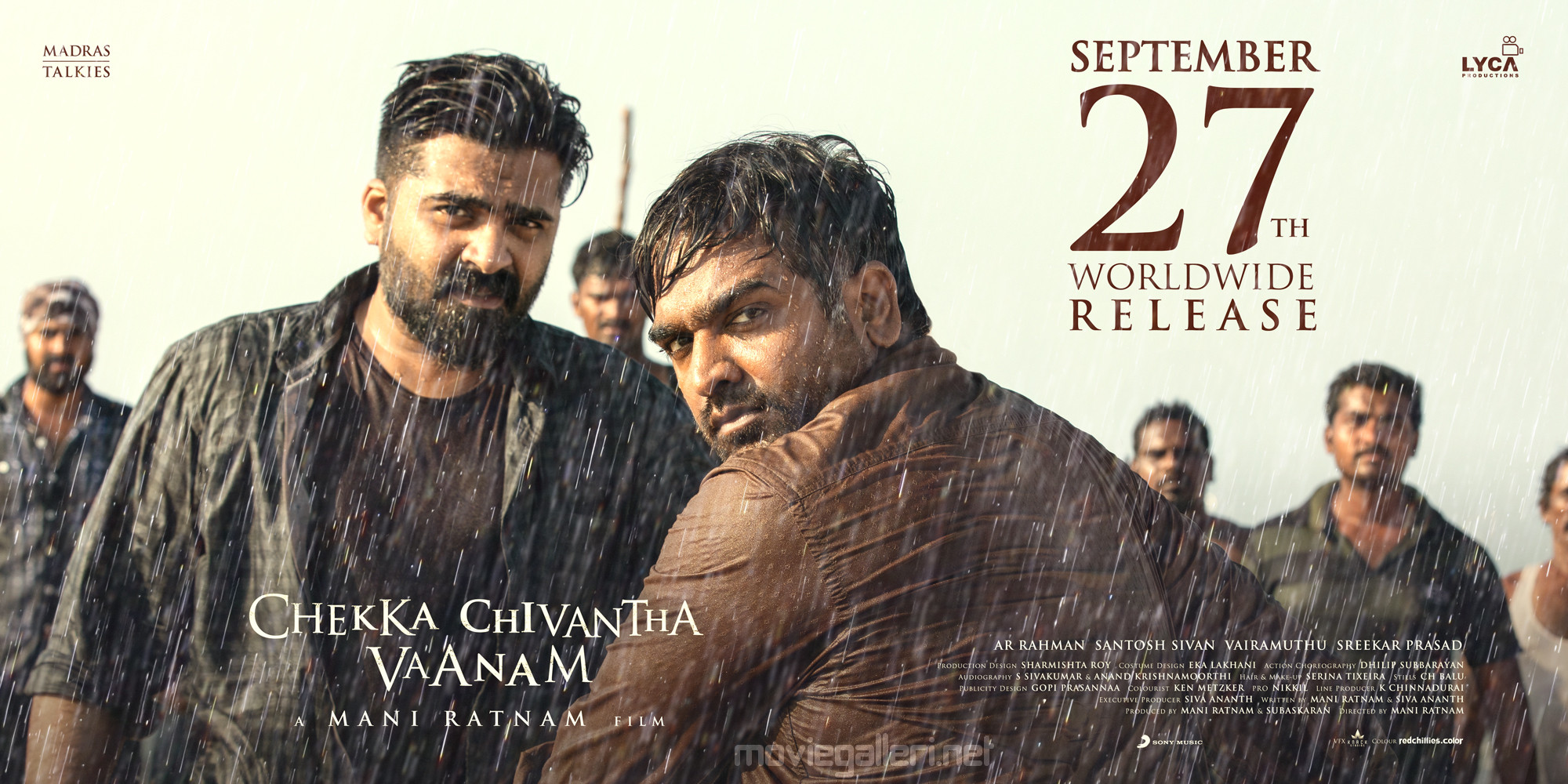 The trailer of Chekka Chivantha Vaanam directed by Mani Ratnam was released recnetly. The trailer looked action packed and the movie seems to be the struggle of power between siblings.

The film which was originally slated to be released on 28 September has been advanced by a day and will be releasing on 27 September.

The movie has a huge star cast of Vijay Sethupathi, Simbu, Arvind Swamy, Arun Vijay, Aditi Rao Hydari, Aishwarya Rajesh and Jyothika. Music for the movie is by A R Rahman.

Soon after the trailer was released recently, there was a buzz that it was about a prominent political family in Tamil Nadu. But the claim was denied by the movie’s makers.