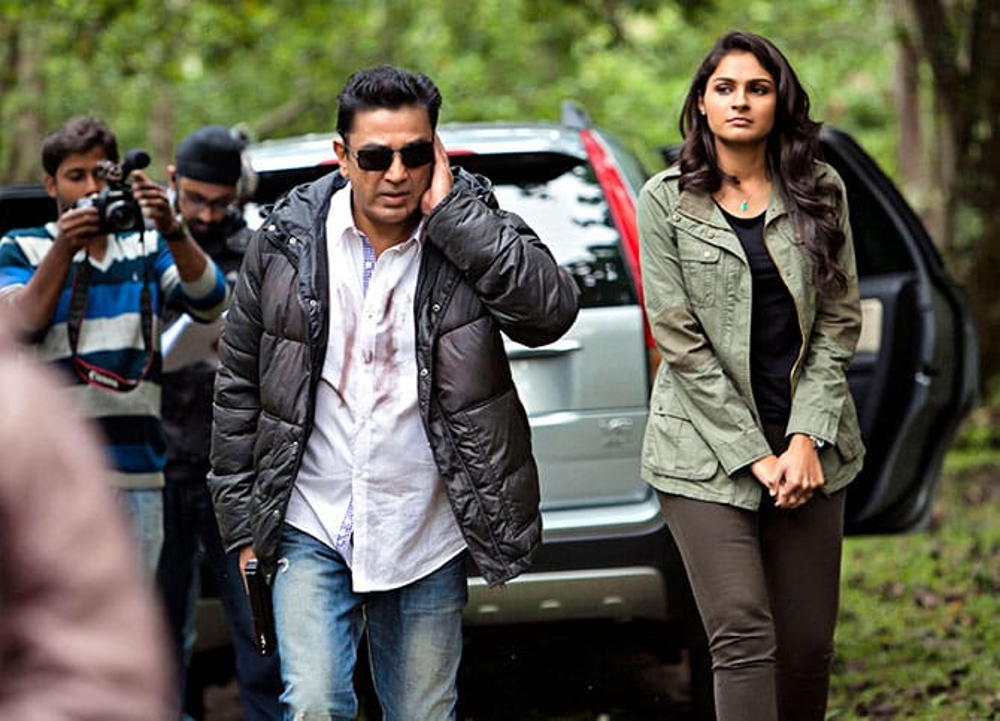 Kamal Haasan’s most expected flick Viswaroopam 2 is all set to release on 10 August.

The flick is sequel to Vishwaroopam which was released in 2013. Star cast of the movie includes Andrea Jeremiah, Pooja Kumar and Shekhar Kapoor. Music for the film is by Ghibran.

Kamal himself has written, directed and produced the movie, besides playing the lead role.

The movie’s synopsis goes like this: “The Massive attack planned on New York City by Al-Qaeda Terrorist Omar Qureshi Was disrupted by an RAW Agent Wisam Ahmad
Kashmiri. The Jihadis Omar And Saleem escape from New York City.

Wisam is given the responsibility to eliminate Omar and his Jihadis. Omar and Saleem hurry to execute their international plot to defame three democracies in one day.

Wisam plods through traps conspiracies murder mayhem gut gore and finally to victory. He thwarts an ingenious plot by Omar to wreak havoc on the Independence Day of India.

Wisam lives to celebrate his independence. Omar and Saleem do not. Wisam mourns his brother’s but Nation comes first to a soldier.”