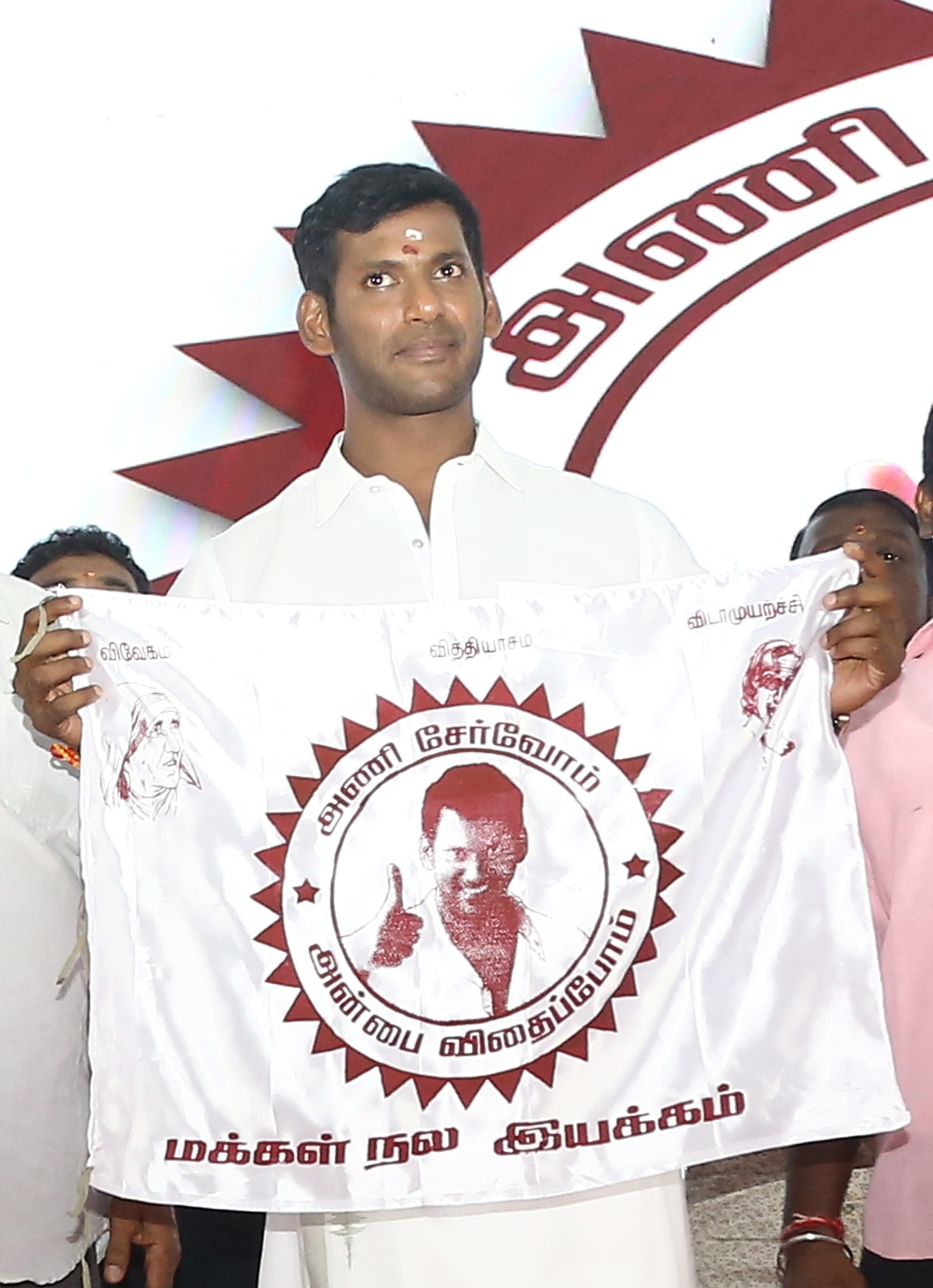 Actor Vishal strongly announced his political entry by filing nomination for the RK Nagar by-poll held last year.
Now he has taken his political dream to the next level. During the 100th day celebration of his recent release Irumbu Thirai and his birthday celebrations in Chennai on Wednesday, the actor made the announcement of changing his fan clubs to Makkal Nala Iyakkam.

He also released his Iyakam’s flag which has the images of Mother Theresa and former President A P J Abdul Kalam. The flag has the wordings Vivegam, Vithiyasam, Vidamuyarchi in it.

It is expected that Vishal will contest in the upcoming Thirupparankundram by-election.