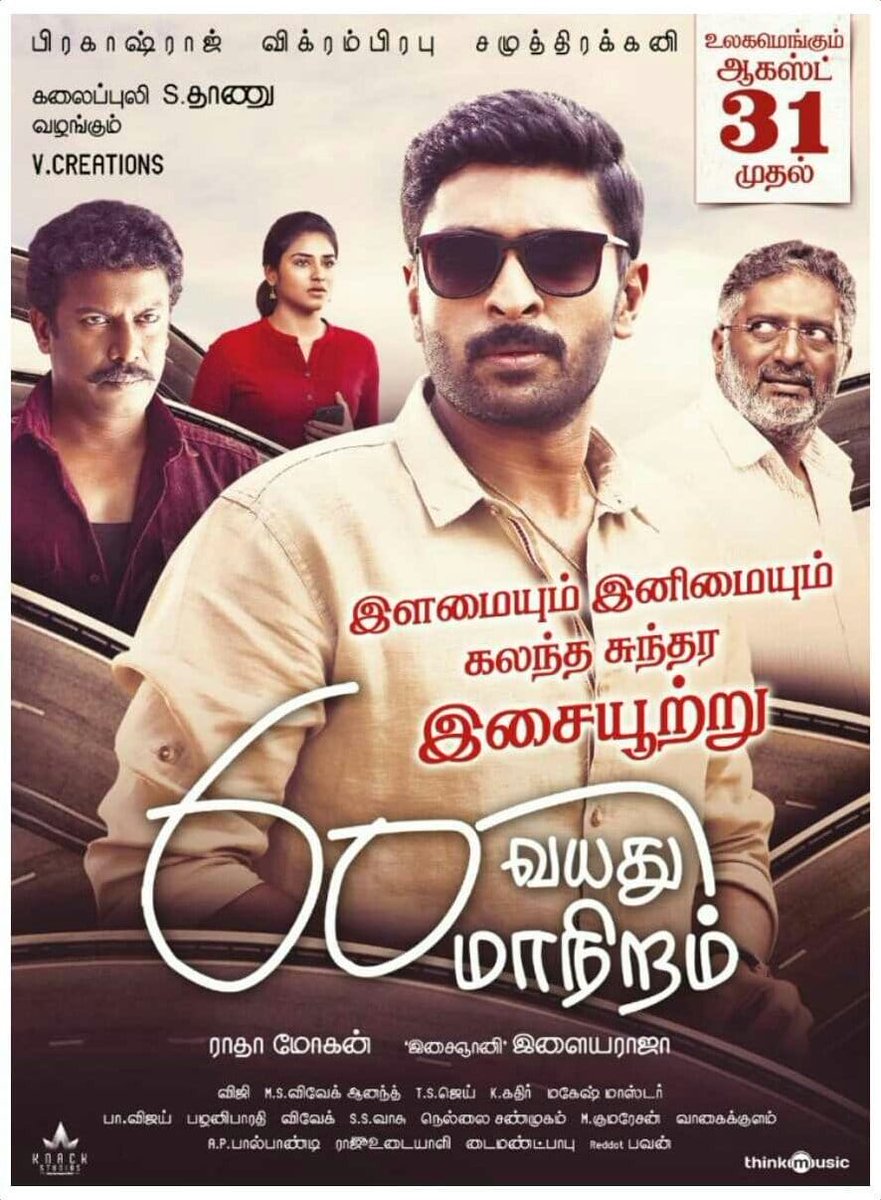 Now the makers have announced that the flick will be released on 31 August. The multi-starrer has Prakash Raj, Samuthirakani and Vikram Prabhu playing important roles.

The teaser of the flick has already raised the expectations for the movie. Bankrolled by Kalaipuli S Thanu’s V creations, Ilayaraja is the music director of the flick.

Another latest update about the film is that it has been cleared by the censor with a clean U certificate. Sources also said that the censor board officials have appreciated the director.