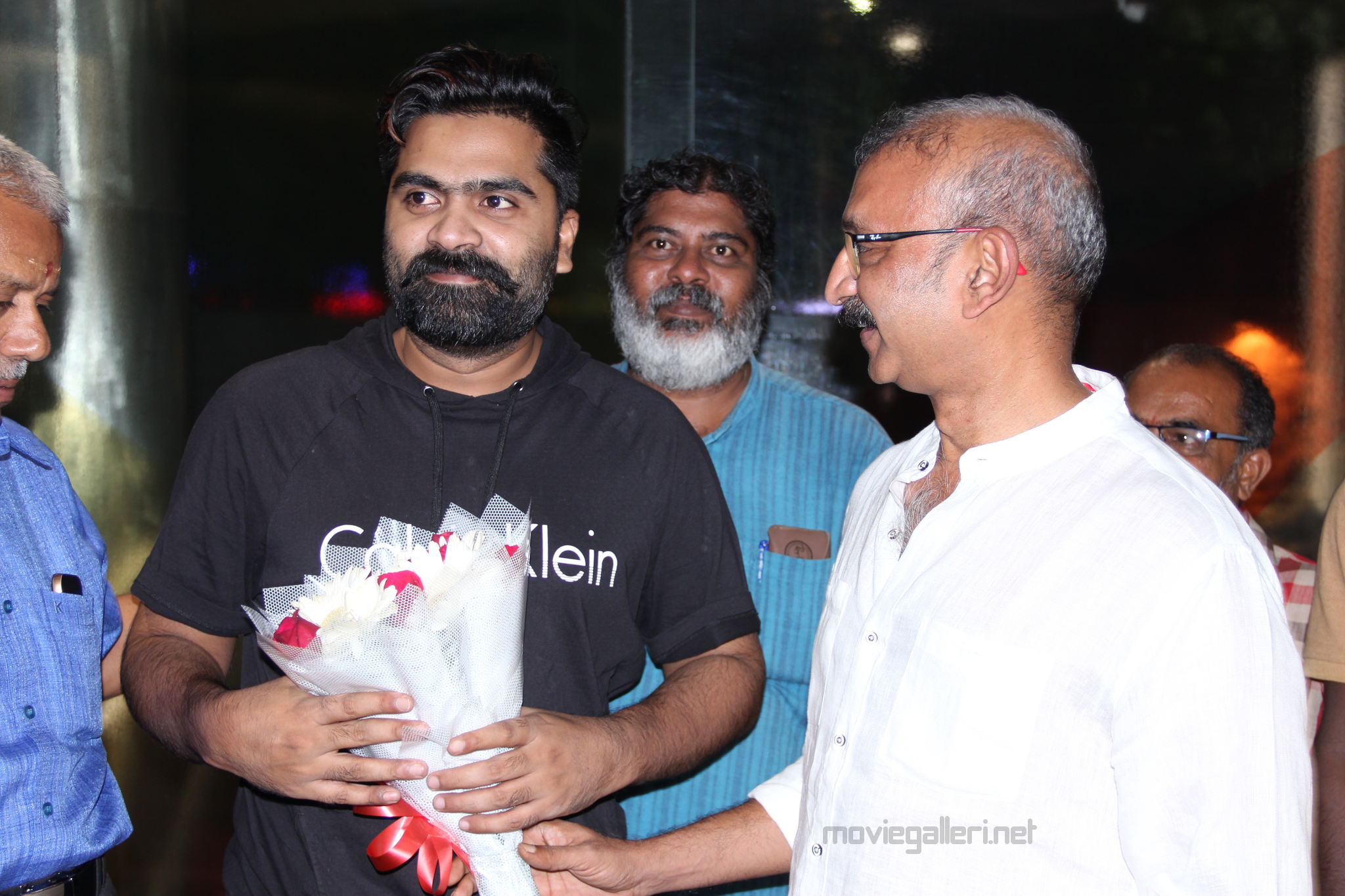 Actor Simbu (STR) completed dubbing his portions for Jyotika’s Kaatrin Mozhi in Chennai recently. The actor plays a special cameo in this film, which is directed by Radha Mohan and produced by G Dhananjayan, S Vikram Kumar and Lalitha Dhananjayan of BOFTA Media India Pvt Ltd.

Producer G Dhananjayan of BOFTA Media India Pvt Ltd says, “STR sir is playing a special cameo, which will be one of the big highlights of the film. The particular scene demanded for a popular celebrity to attend the radio show hosted by the protagonist (Jyotika). Being a great admirer of Jyotika madam and impressed with the scene description, he immediately accepted and shot his portions gladly. Moreover, he was thrilled to share the screen with Jyotika madam after ‘Chekka Chivantha Vaanam’.

Recently, STR completed dubbing his portions and called me saying that the scene has come out very well & he was glad to be a part of the film. We are so happy to have a great popular actor like him, whose presence stands out to be an additional value to the film.”

A.H. Kaashif, nephew of A.R. Rahman is composing music for the lyrical essence of Madhan Karky. Mahesh Muthuswami has handled cinematography with Art direction by Kadhir. National award winning Poornima (Costumes) and Praveen KL (Editing) are part of this technical crew, which has dialogues written by Pon Parthiban.

‘Kaatrin Mozhi’ is close on the heels of completing the post-production phase. As announced earlier, the film is scheduled for release on October 18 for the festive occasion of Aayudha Pooja, which co-incidentally marks the birthday of Jyotika as well.