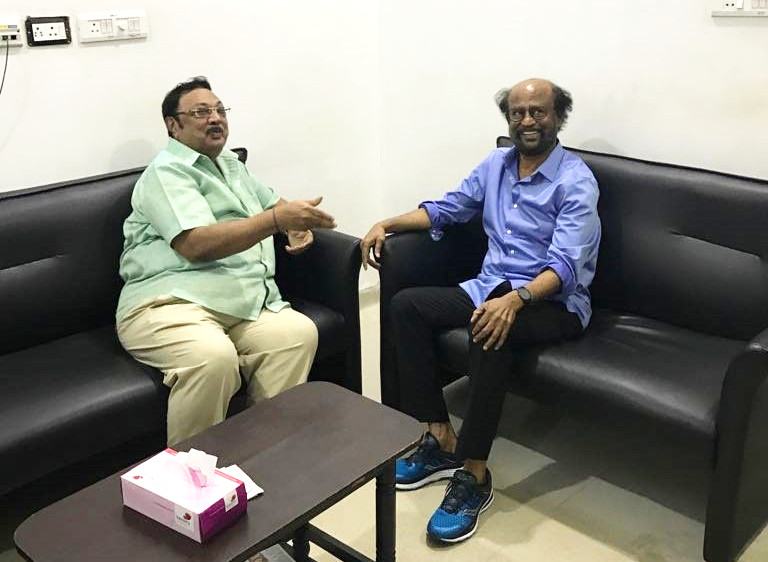 Rajinikanth who was shooting in Darjeeling for the second schedule of his upcoming flick directed by Karthik Subbaraj returned to Chennai Tuesday night.

The Superstar who is a good friend of ailing DMK chief M Karunanidhi visited him at the Kauveri hospital soon after he landed in the city.

He met Stalin and Alagiri, both sons of Karunanidhi, and wished the former Chief Minister speedy recovery.

Meanwhile, combination scenes of Simran and Rajini were shot during the recent Darjeeling schedule. The next schedule is expected to happen in Madurai. 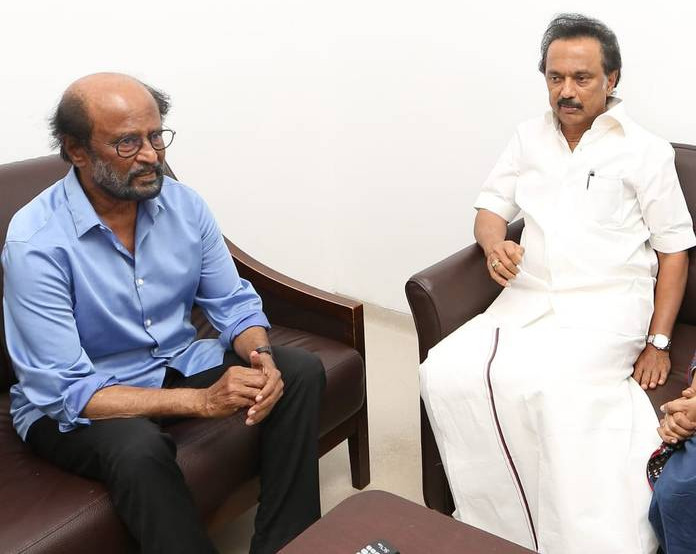 Vijay sethupathi is likely to join the team in this schedule. Sources say Simran has been roped in as Rajini’s pair in the movie.

Bobby Simha and Sanath Reddy play Rajini’s sons in the flick. Vijay Sethupathi will be the antagonist. Anirudh Ravichander is the music director for this magnum opus. This is the first time that Anirudh will be composing music for the Superstar.