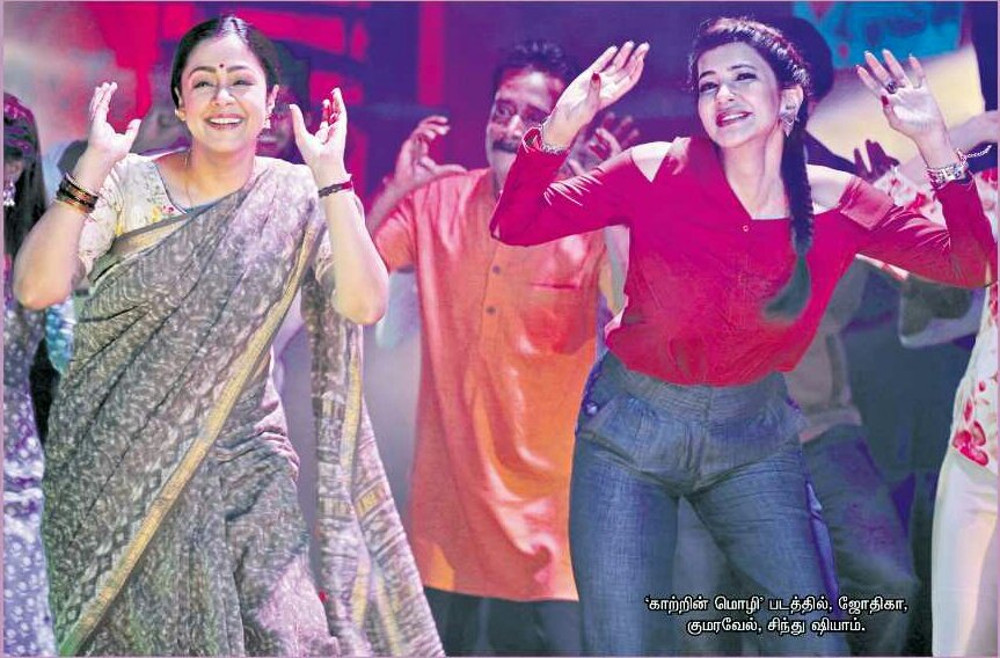 The song ‘Entammede Jimikki Kammal…’ from the Malayalam film, Mohanlal starrer ‘Velipadinte Pusthakam’ became a sensation across the globe since its release in August 2017. The song video has crossed an unparalleled 83 million views as of date and continuing to attract a lot of viewers due to its huge appeal. Exactly a year later, the song makes another sensational news in Tamil cinema.

In the film Kaatrin Mozhi the Radio FM team celebrates their success in a club. For that scene, Director Radhamohan conceived the idea of featuring the song ‘Entammede Jimikki Kammal…’ to which all the characters dance.

The producer G. Dhananjayan of BOFTA Mediaworks formally acquired the rights for the song from the audio label Satyam Audios and the song was shot in a popular club in Chennai. The song and dance featured Jyotika, Lakshmi Manchu, Kumaravel, Sindhu Shyam, RJ Sandra and many others. The song was choreographed by Viji, cinematographed by Mahesh Muthuswami with set work by Kadhir and direction by Radhamohan. The song was shot non-stop from morning to night featuring all the artistes.

The song video will be a part of the film and shall be released before the film’s release. A few stills from the song shoot is released to media now.

Entire shoot of the film is completed and the post-production has commenced. The film’s audio rights are acquired by Lahari music and shall be released in September 2018 while the film is slated for release on 18th October 2018.